Ron Paul: I Would Not Have Ordered The Mission Against Bin Laden

Texas Congressman Ron Paul, who will enter the Presidential race tomorrow, says he wouldn't have tried to have Osama bin Laden killed. 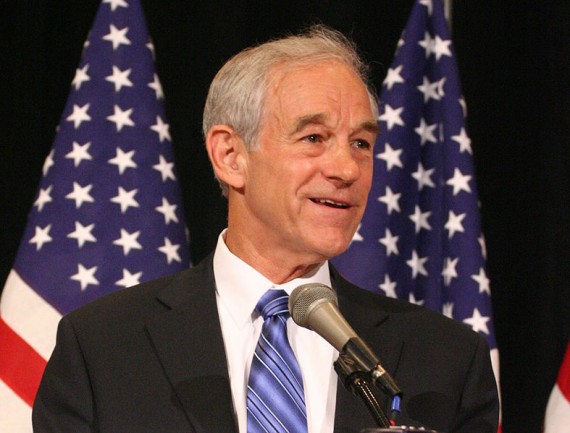 Texas Congressman Ron Paul, who will apparently be launching his third campaign for President tomorrow in New Hampshire, is getting a lot of attention today for his comments about the raid against Osama bin Laden:

“I think things could have been done somewhat differently,” Paul said this week. “I would suggest the way they got Khalid [Sheikh] Mohammed. We went and cooperated with Pakistan. They arrested him, actually, and turned him over to us, and he’s been in prison. Why can’t we work with the government?”

Asked by WHO Radio’s Simon Conway whether he would have given the go-ahead to kill bin Laden if it meant entering another country, Paul shot back that it “absolutely was not necessary.”

“I don’t think it was necessary, no. It absolutely was not necessary,” Paul said during his Tuesday comments. “I think respect for the rule of law and world law and international law. What if he’d been in a hotel in London? We wanted to keep it secret, so would we have sent the airplane, you know the helicopters in to London, because they were afraid the information would get out?”

This very controversial position is in line with his general sense that the U.S. should not and need not act like a power that can do whatever it wants wherever it wants, and that other people and nations in the Middle East generally deserve to be treated with the same sympathy and empathy as any other. He’s held firm to these stances, and seems like he’ll continue to, though it remains to be seen how many GOP primary voters will go along with him.

In general, I tend to agree with Paul in principle. A foreign policy based on the idea that American can and should throw its weight around in the world for whatever reason it wants strikes me as a recipe for eternal war abroad, and deprivations of civil liberties and massive government spending at home. Paul, however, seems to apply this principle in an overly strict, some would say old fashioned manner that doesn’t take into account the realities of the world. The Pakistan of 2003 when KSM was captured is not the same as the Pakistan of 2011, and, arguably, Osama bin Laden is a far different target than Mohammed. Moreover, I think the Administration’s skepticism about trusting the Pakistani “government” with any of the operational or intelligence details of this mission before it took place was fairly well-placed given the considerable evidence that they aren’t necessarily trustworthy.

It’s also worth noting that the other libertarian Republican in the race, former New Mexico Governor Gary Johnson, has taken a far different position on this incident and even the Libertarian Party had no qualms about asserting that the mission was correct and proper. As I’ve said before, there’s no legitimate doubt that the mission was legal and Constitutional, and while capturing bin Laden alive and getting the chance to interrogate him might have been life, his life isn’t worth the death of a single American solider.