The repeal of DADT may open the doors for ROTC to return to many elite institutions, if cost doesn't get in the way. 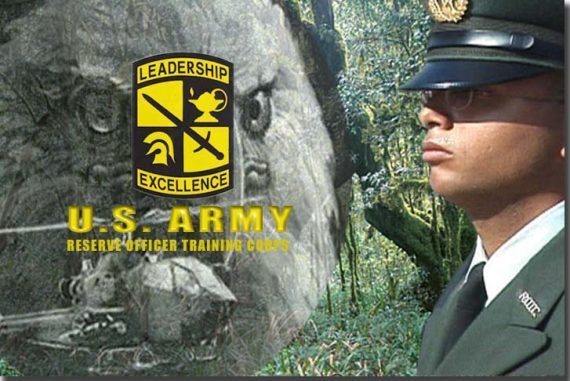 Friday’s repeal of the “Don’t Ask, Don’t Tell” policy will end another controversy, as many of the nation’s elite universities have lost their excuse for not hosting ROTC programs.

Bill Kristol, that stalwart of conservative principle, wants the government to force schools to bring it back.

[O]ver the next two years Congress can do something else. It can take an interest in ensuring that discrimination against ROTC on college campuses ends.

Though ROTC was kicked off campuses like Harvard, Yale and Columbia before gays in the military was ever an issue, DADT became the excuse offered by those universities in recent years for continuing to discriminate against ROTC. The excuse is gone. One trusts the presidents and trustees of colleges that have been keeping ROTC at arm’s length, allegedly because of DADT, will move posthaste to ensure a hearty welcome and full equality for ROTC at their universities. One would expect that patriotic alumni of those universities would insist on quick action. One would hope that prominent individuals, like Yale alum Joe Lieberman, who played so crucial a role in ending DADT, would lose no time in writing president Richard Levin to urge the re-installing of ROTC at Yale, that Crimson alums like Chuck Schumer will be in touch with Harvard president Drew Faust, and that Columbia graduate Barack Obama will weigh in with Fair Columbia’s Lee Bollinger.

But the Republican House will also have a role here. It can make its views known to the leaders of universities that receive federal funds; it can enforce the existing Solomon Amendment; it may perhaps want to consider new legislation if universities remain obdurate.

But surely such legislation will be unnecessary. Surely the university presidents and faculty will move quickly. And surely young men and women seeking to join the military will very soon be welcome on all of our college campuses.

As it happens, yes.

The vote, said Columbia University President Lee Bollinger, provides “the opportunity for a new era in the relationship between universities and our military services.” “This is an historic development for a nation dedicated to fulfilling its core principle of equal rights. It also effectively ends what has been a vexing problem for higher education, including at Columbia — given our desire to be open to our military, but not wanting to violate our own core principle against discrimination on the basis of sexual orientation,” he said in a statement through a spokesman.

Harvard University President Drew Faust today signaled that she would move to restore ROTC to the campus. “Because of today’s action by the Senate, gay and lesbian Americans will now also have the right to pursue this honorable calling, and we as a nation will have the benefit of their service,” she said in a statement through a spokesman. “I look forward to pursuing discussions with military officials and others to achieve Harvard’s full and formal recognition of ROTC.”

A spokesman for Yale University also suggested that change may be coming soon. “We are aware of the vote and have plans in consideration,” said Yale spokesman Thomas Mattia in an email.

A Stanford official declined to comment for the record but noted that the school’s Faculty Senate is already reviewing the restoration of ROTC, a process that began last “in part in anticipation of the ‘Don’t ask Don’t tell’ issue,” and is due to consider a report and recommendation in the next few months.

My guess is that all or most of these schools will offer to bring back ROTC and that the military will then be in the awkward position of deciding that it doesn’t make sense to fund battalions at all of them.

As noted in our recent discussion on Geography and the American Military, officer recruiting is disproportionately concentrated in the South.   Because of culturally and economically driven demand, the state of Alabama has 10 ROTC programs while New York City, with double the population, has only one.  Chicago and Detroit have one apiece.

Indeed, the Army decided a few years back to close the ROTC battalion at the University of Pennsylvania — an Ivy — and merge it with the one at nearby Drexel.

Harvard students who have a desire to serve as officers can now train at MIT’s ROTC program.  Will the demand be such that it makes sense to create a second program?   As best I can gather, the two schools combine for a dozen or so Army second lieutenants and a similar number of Navy/Marine Corps commissionees.  Given the geographical proximity of the schools, it may be hard to justify setting up a second full program.

One thing might help is to reach an accommodation on cost, where the schools waive tuition in excess of the limit of ROTC scholarships.  It’s rather much to expect aspiring young officers to take on a sizable debt on a second lieutenant’s pay.

ELITES AND THE MILITARY