Last night on her TLC reality show, Sarah Palin apparently tried to explain how she came to use the word “refudiate” in a tweet about the so-called Ground Zero Mosque:”

“I pressed an F instead of a P and people freaked out,” said Sarah, pointing out that her blunder was the second-most-searched word on Google trends. “Make lemonade out of lemons,” said Sarah.

As Taegan Goddard anc others have pointed out, though, F and P are nowhere near each other on a keyboard, and there’s also this video of a Palin appearance on Sean Hannity’s show several weeks earlier (relevant portion at the 2:30 mark):

So, you know, which is it Sarah? 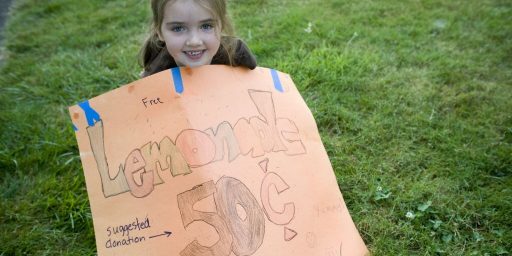 When Government Hands You Lemons