A guilty plea in a particularly shocking case of police brutality. 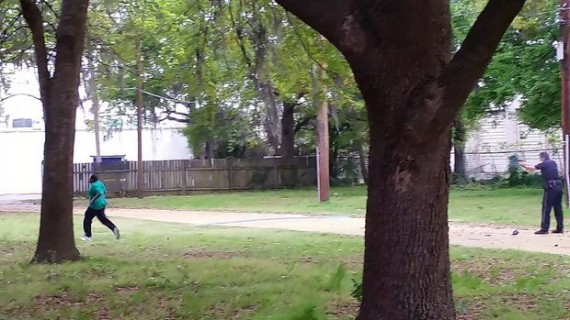 A plea deal has been reached and former North Charleston police officer Michael Slager, accused of federal civil rights violations in the 2015 shooting death of Walter Scott, is to plead guilty today at a 2:30 p.m. hearing in Charleston, according to multiple sources familiar with the case.

Slager, 35, who was fired after a viral video emerged days after the shooting, was slated to go on trial in Charleston later this month for federal charges of civil rights violations and obstruction of justice.

A guilty plea would avoid a federal trial. Moreover, people who plead guilty nearly always get a lesser sentence than if a jury were to find him guilty after a trial. If Slager pleads today, he will not be sentenced until later. He will likely face a stint in federal prison – widely regarded as a more desirable alternative than a sentence in state prison.

Slager’s shooting of Scott, as Scott was some 20 feet away and apparently fleeing, was caught on a cell phone video by a passer-by and, within days, was played repeatedly on national television news shows and state media Internet sites.

Since Scott, who was not armed, was at some distance from Slager, and obviously running away, it was perhaps the most shocking of all police shooting videos shown on television in the past few years. Millions viewed the video, which showed Slager bracing his Glock pistol with two hands and shooting at Scott as if he, Slager, were at a target range.

The video helped spark a national conversation about the use of deadly force and the shooting of black suspects by white officers. Slager is white; Scott, who was 50, is black.

A five-week trial in December in state court Charleston on murder charges resulted in a mistrial due to a hung jury.

According to an order issued by U.S. Judge David Norton, jury selection for Slager’s upcoming federal trial is to begin in Columbia on May 9 at the Matthew Perry federal courthouse.

Slager’s federal trial is slated to begin May 15 at the Charleston federal courthouse in downtown Charleston.

Specifically, Slager is charged with a civil rights violation for taking Scott’s life without legal justification, with the use of a weapon during a crime of violence and obstruction of justice. A May 2016 indictment also alleges obstruction of justice, charging that Slager “knowingly misled State Law Enforcement Division investigators by falsely stating that he (Slager) fired his weapon at Scott while Scott weas coming forward at him with a Taser.”

The indictment continued, “In fact, as defendant Michael Slager then well knew, he (Slager) repeatedly fired his weapon at Scott when Scott was running away from him.”

It’s unclear at this point exactly what Slager will be pleading guilty to or what sentence recommendation might be part of the plea deal. The fact, however, that state prosecutors are in on the agreement, though, would seem to indicate that his plea is sufficient enough to address the serious charges pending against him in both jurisdictions. Had he gone to trial on the Federal charges, for example, Slager would have faced the possibility of life in prison. The state charges, meanwhile, carried with them the potential of either the death penalty or life in prison without the possibility of parole. After Slager’s state trial ended in a mistrial last December due to one holdout juror, state prosecutors stated that they would be proceeding forward with a retrial, and it was apparently the prospect of spending the rest of his life in a South Carolina state prison rather than the somewhat better conditions of a Federal prison that are playing a role in Slager’s decision to plead guilty in Federal Court.

Slager’s guilty plea will mark one of the first times that a high-profile police shooting of an African-American under suspicious circumstances will lead to anyone spending any time in prison at all. Previous cases, such as the shooting of Michael Brown by Ferguson, Missouri police officer Darren Wilson, the death of New York City resident Eric Garner at the hands of NYPD officers detaining him on the streets of Staten Island, the shooting death of twelve-year-old Tamir Rice at the hand of a Cleveland Police Officer, the death of Freddie Gray after he was picked up by Baltimore police on charges that later proved to be without merit, and countless other cases, all resulted in either nobody being charged at all in the case or acquittals in those cases where charges were brought. To some degree, this has been due to the fact that it the legal standards required to find a police officer guilty in a use of force case are in many ways a step above what is required in an ordinary homicide case and the law generally gives police wide latitude in these areas, arguably much wider latitude than it probably should. In the Walter Scott case, though, there seems to be no question about Slager’s guilt. The video clearly shows Scott with his back turned toward Slager when he was shot and that Scott was not armed at the time of the shooting. Perhaps most damning of all, though, was the fact that the video also shows Slager placing his Taser on the ground next to Scott after the shooting in what was obviously an effort to substantiate the alibi that Slager ultimately came up with, namely that Scott had grabbed the Taser and was threatening Slager at the time he was shooting. But for the video, it’s entirely possible that Slager would have gotten away with his cover-up and would have quite literally gotten away with murder. Instead, thanks to one quick-thinking bystander that Slager could not see, he’s headed to Federal prison.