A group of 21 states has filed a petition to review the F.C.C.'s recent net neutrality rule changes, but it faces an uncertain future. 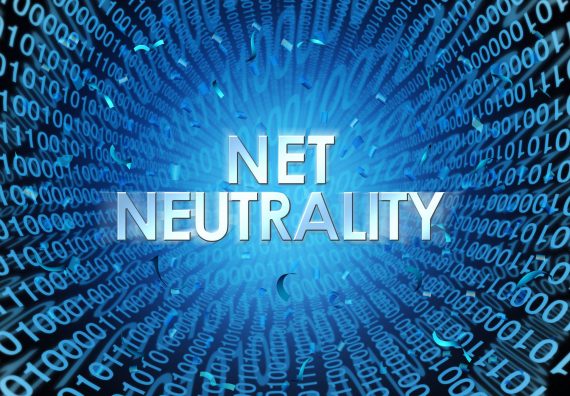 A group of largely Democratic-controlled states has filed suit seeking to overturn the decision by the Federal Communications Commission to overturn Obama Era rules regarding net neutrality:

WASHINGTON — The legal fight against the Federal Communications Commission’s recent repeal of so-called net neutrality regulations began on Tuesday, with a flurry of lawsuits filed to block the agency’s action.

One suit, filed by 21 state attorneys general, said the agency’s actions broke federal law. The commission’s rollback of net neutrality rules were “arbitrary and capricious,” the attorneys general said, and a reversal of the agency’s longstanding policy to prevent internet service providers from blocking or charging websites for faster delivery of content to consumers.

Mozilla, the nonprofit organization behind the Firefox web browser, said the new F.C.C. rules would harm internet entrepreneurs who could be forced to pay fees for faster delivery of their content and services to consumers. A similar argument was made by another group that filed a suit, the Open Technology Institute, a part of a liberal think tank, the New America Foundation.

“The repeal of net neutrality would turn internet service providers into gatekeepers — allowing them to put profits over consumers while controlling what we see, what we do, and what we say online,” said Eric T. Schneiderman, the attorney general of New York, who led the suit by the state officials.

The lawsuits have long been expected. The filings on Tuesday, petitions to begin the suits, kick off what is expected to be an extended legal and political debate about the future of internet policy.

Democrats have rallied to fight the F.C.C.’s repeal of net neutrality, which was passed in a 3-to-2 party line vote in December. The agency is led by Ajit Pai, a Republican nominated by President Trump. All of the attorneys general involved in the suit filed on Tuesday are Democrats.

The lawsuits have the support of the Internet Association, a trade group representing big tech firms including Google and Netflix, giving the various legal challenges financial support and the clout of companies. The companies say internet service providers have the incentive to block and throttle their sites in order to garner extra fees.

The states that signed onto the lawsuit include California, Kentucky, Maryland, Massachusetts and Oregon, as well as the District of Columbia. Xavier Becerra, the California attorney general, said the decision to roll back the agency’s declaration of broadband as a utility-like service will harm consumers.

“Internet access is a utility — just like water and electricity,” Mr. Becerra said in a statement. “And every consumer has a right to access online content without interference or manipulation by their internet service provider.”

In a release, Mr. Schneiderman said the agency’s roll back disregarded a record of evidence that internet service providers’ could harm consumers without rules. A similar argument was made by Mozilla.

“Ending net neutrality could end the internet as we know it,” said Denelle Dixon, Mozilla’s chief business and legal officer in a blog post. “That’s why we are committed to fighting the order. In particular, we filed our petition today because we believe the recent F.C.C. decision violates both federal law as well as harms internet users and innovators.”

The issue of net neutrality has been fought in court challenges twice before in the past decade. The rules adopted in 2015, which set rules that sites could not be blocked or throttled, were upheld by the United States Court of Appeals in 2016 after legal challenges by telecom companies. The F.C.C. vote in December was to roll back those 2015 rules.

The new lawsuits are among several efforts to restore net neutrality rules. On Tuesday, Senate Democrats announced they were one supporter away from winning a vote to restore net neutrality rules. All 49 members of their caucus, as well as one Republican, have signed on to a resolution to overturn the rules. A similar effort initiated in the House has the support of 80 members.

The lawsuit comes just over a month after the Federal Communications Commission voted 3-2 to overturn the net neutrality rules that had been adopted by an FCC board dominated by appointees of former President Obama. Those changes began back in 2010 when the agency first floated the idea of adopting standards that would require ISPs to maintain open networks for all content, which some conservatives foolishly and incorrectly described as a government takeover of the operation of the Internet.  Five years later, the agency voted to adopt yet more changes that classified broadband internet service as a utility, meaning that service providers would be prohibited from charging some content providers more to use their service, throttling service based on content, or giving preference to traffic from some content providers rather than others. One month later, the agency released the details of those rule changes. Since that time, the internet has operated more or less the same as it did prior to the adoption of the rule changes, although there has obviously been a vast shift in the type of content available and a decided shift by users toward accessing the Internet via mobile devices rather than desktops or laptops. In the wake of the decision in December to repeal the Obama Era rules, though, there have been many predictions of doom and gloom from net neutrality supporters, including many predictions that seem on their face to be downright absurd.

One notable thing about this lawsuit, which is formally titled as a “Protective Petition For Review,” is the fact that it is originating in the U.S. Court of Appeals for the District of Columbia. Ordinarily, of course, litigation of this type is filed first in the United States District Court in an appropriate jurisdiction, and it is a District Court Judge who gets the first shot at dealing with the factual claims and legal arguments being advanced by the Plaintiffs and the defenses raised by the defense. In this case, though, Federal law provides that the Circuit Courts of Appeal shall have “exclusive jurisdiction” over appeals of orders of the Federal Communication Commission and a handful of other Federal agencies. This means that the next step beyond any ruling that may be issued by the three-judge panel appointed to rule in this case would be appealable either via an en banc appeal to all the judges of the D.C. Circuit Court of Appeals or to the Supreme Court itself. In both cases, of course, the decision on whether to hear the appeal would be entirely discretionary, meaning that there is not an automatic right to appeal what would essentially be the initial ruling in this case.

The petition itself does not contain any factual allegations or legal arguments regarding the FCC’s rule changes. Instead, the pleading simply states that the petitioning states are asking the court to determine that the rule changes are “arbitrary, capricious, and an abuse of discretion” under the Administrative Procedure Act and that they violate unspecified provisions of the Constitution and various Federal laws, including the Communications Act of 1934, and that the rule changes violate the notice and comment provisions of the Administrative Procedure Act. The petition then goes on to note that it is merely a preliminary filing in anticipation of the somewhat complicated procedure for determining which Circuit Court may have jurisdiction over the appeal of the relevant agency decision. Because of that, it’s likely to be some time before we see any significant legal action in this case.

In the meantime, there is some effort on Capitol Hill to overturn the FCC’s December decision. In the Senate, Democrats now say that they have the support of fifty members consisting of all of the chamber’s Democrats, along with the two Independents who typically vote with the Democrats, and one Republican to bring a bill to the floor. However, even if they somehow get a second Republican to join them, the odds that they will actually be able to get a bill to the floor are fairly slim. There is a similar bill pending in the House of Representatives, however, it currently has the support of only 80 Democratic members and faces even longer odds of being able to get to the floor never mind actually pass the lower chamber of Congress at all. Given this, this legal challenge, as well as others that may follow, are likely to be the sole means by which opponents of the net neutrality changes will be able to challenge those changes for the foreseeable future.

Here’s a copy of the Protective Petition For Review filed by the states:

FILED UNDER: Law and the Courts, Science & Technology, US Politics, net neutrality 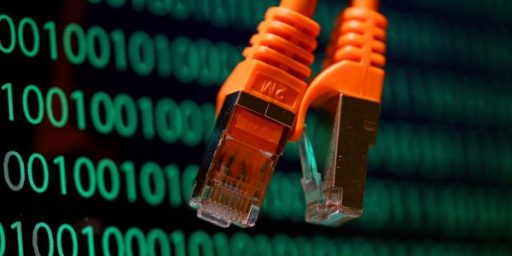