Jon Stewart's response to Glenn Beck is taking place on the weekend where party leaders usually conduct their big get out the vote push. 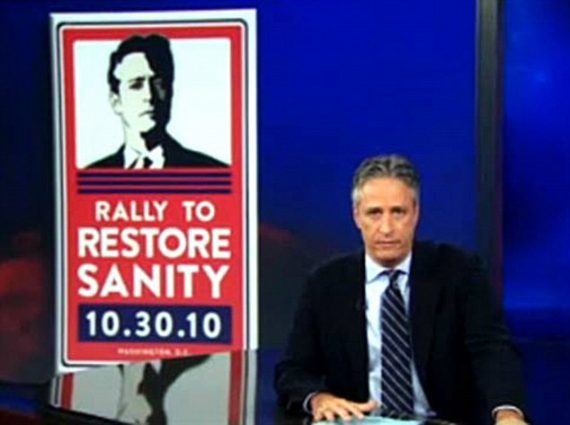 For one thing, Stewart hasn’t mentioned that labor groups and other institutional Democratic organizations are already planning a big Washington rally to counter Beck: The One America rally on October 2, which has been struggling to get the kind of attention Beck does. And the Stewart rally is also, for Democratic field operatives, at an inconvenient time: Its participants are “not doing GOTV on GOTV weekend” said Matt Ortega, a former DNC staffer, referring to a weekend typically spent knocking on doors and making calls in one’s home district, not Washington.

“Midterm elections are about turnout and as has widely been reported, there is an intensity gap in this election, with the Republican base more motivated than the Democrats’. Some of that gap can be closed with an aggressive ground campaign — we can make up 2-3% in a given race by talking to people at their doors and on their phones,” emails veteran labor Democratic consultant Steve Rosenthal. “I love Jon Stewart — rarely miss the show, but to the extent that some people who will attend his rally would otherwise be involved in GOTV efforts this is not helpful.”

Others, though, say they could leverage the enthusiasm.

Smith also gets this response from The Nation‘s Chris Hayes:

First: It’s hard to imagine lots of democratic politicians showing up to a left equivalent of Glenn Beck’s rally (and I wonder how many will be at the *actual* progressive march on October 2nd), but more than that is puts our current ideological predicament in stark terms. On the right, a large, well-funded, organized, ideologically zealous movement dedicated to a genuinely reactionary vision of America. On the other side? A very gifted satirist calling for everyone to just chill. If I landed here from Mars and took this in and was asked to bet on who’s going to have more political success, it would be a no-brainer.

I’m not so sure about that.  First, I continue to believe that, while the Tea Party movement is animated, it’s not united around any particular agenda, much less “dedicated to a genuinely reactionary vision.”   Second, if Stewart can get a larger crowd than Beck for what amounts to a joke rally, it will send a pretty powerful message about how small Beck’s attraction really is.

Also, isn’t it interesting that Stephen Colbert’s “competing” rally gets no mention at all?