On some level, I suppose that this isn’t really all that surprising:

News organizations can educate voters about public policy and economic conditions, but they can also misinform voters. As if to prove the point, a study released Friday found that “substantial levels of misinformation” seeped out to the electorate of the United States at the time of the midterm elections this year.

The study was conducted by WorldPublicOpinion.org, a project that is managed by the Program on International Policy Attitudes at the University of Maryland.

According to the study, which can be reviewed online, in most cases, the more a person watched and read the news, the less likely they were to have been misled about the facts. But “there were however a number of cases where greater exposure to a news source increased misinformation on a specific issue,” the study’s authors wrote. In particular, they found that regular viewers of the Fox News Channel, which tilts to the right in prime time, were significantly more likely to believe untruths about the Democratic health care overhaul, climate change and other subjects.

The study found other cases where greater exposure to media meant greater misinformation on a subject. Regular viewers of MSNBC, which tilts to the left in prime time, were 34 percentage points more likely than non-viewers to believe “that it was proven that the U.S. Chamber of Commerce was spending money raised from foreign sources to support Republican candidates.” Consumers of public broadcasting were 25 points more likely to believe the same.

But the study found many more instances that involved Fox News.

The study’s authors continued, “These effects increased incrementally with increasing levels of exposure and all were statistically significant. The effect was also not simply a function of partisan bias, as people who voted Democratic and watched Fox News were also more likely to have such misinformation than those who did not watch it — though by a lesser margin than those who voted Republican.”

The lesson, of course, is not to use a television network as your source of what the truth is. 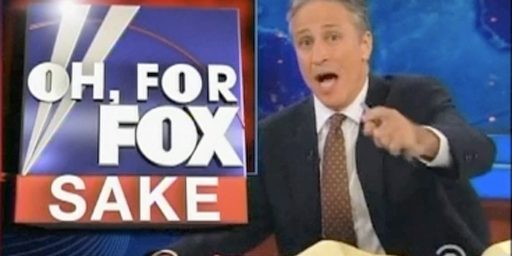