The primary debates continue to draw in a lot of viewers. 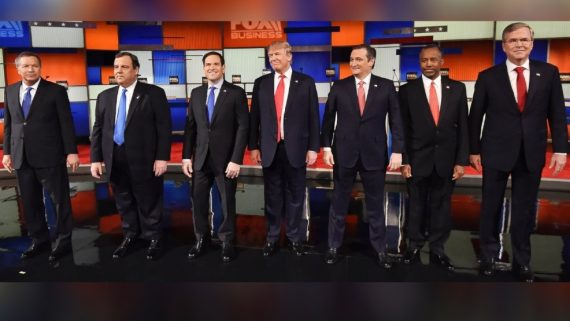 The first Republican debate of 2016 on the Fox Business Network averaged 11 million viewers — the smallest total for any GOP debate this season, according to Nielsen ratings data.

Thursday’s debate beat every other show on TV except for “The Big Bang Theory.” Directly up against the debate at 9 p.m., the Fox broadcast network’s reality show “American Idol” averaged 8.65 million viewers.

The GOP candidates trumped the Idols.

Among all viewers, the total was 11 million for the prime time debate between 9 and 11:30 p.m. Eastern; among viewers ages 25 to 54, the key demographic for cable news channels, 3 million tuned in.

Lack of interest in the “undercard” this time around may have put a damper on the prime time totals. The mostly overlooked 6 p.m. debate averaged 2 million viewers and 289,000 in the 25-54 demo.

The ratings are a closely-watched measure of the public’s interest in the presidential election.

There’s been a dramatic uptick in this cycle, spurred by Trump’s surprise entrance into the race and his unpredictable, entertaining style.

As with the fourth GOP debate, the relatively lower numbers that Thursday’s debate drew are likely due in part to the fact that Fox Business Network is not as widely available on cable systems as CNN, Fox News Channel, or even CNBC. The next Republican debate, and the last one before the Iowa Caucuses, will be on January 28th on Fox News Channel and is likely to draw higher numbers than what we saw on Thursday. Even 11 million viewers is rather impressive, though, and whether it’s Donald Trump, increased interested in the 2016 race compared to 2008 and 2012, or a combination of both, the debates this cycle have certainly drawn large audiences, although they have declined somewhat from the start of the process. The first Republican debate on Fox News Channel, for example, drew a rather astounding 24 million viewers and that was followed by a second GOP debate on CNN that came in with an equally impressive 22 million viewers at the beginning of September. Heading into October, viewership became to decline a bit as 14 million people tuned in watch the third Republican debate on CNBC and 13.5 million watched the fourth debate, which was also broadcast on Fox Business Network. Viewership seemingly bounced back last month, though, when 18 million people watched the fifth Republican debate on CNN.

The numbers have been somewhat more subdued on the Democratic side. While the first debate, broadcast on a weekday on CNN, garnered 15 million viewers, subsequent debates have seen much lower numbers. A Saturday night debate in November, for example, garnered 8.5 million viewers while the third Democratic debate, which took place the Saturday before Christmas, had 6.7 million viewers. One suspects that the fourth Democratic debate, scheduled for tonight in South Carolina, will draw similarly low numbers compared to the GOP debates, although viewership may be spiked somewhat thanks to what appears to be an increasingly competitive race between Hillary Clinton and Bernie Sanders and the fact that this is, for many people, a three-day weekend.

On the whole, though, even the lower numbers that the Democratic debates have drawn as compared to the GOP debates are higher than what we saw during the 2008 and 2012 debates, and much higher than what we saw during the 2000 and 2004 cycles. In part, I suspect, this is due to the fact that there is far more “saturation” coverage of the election on the various cable news channels and this coverage helps to drive up interest in the election itself even among people who only follow politics casually. More broadly, though, it seems as though this is an election in which the interest of the American public is already fairly high. Whether that will translate into increased voter participation is, of course, another question entirely. 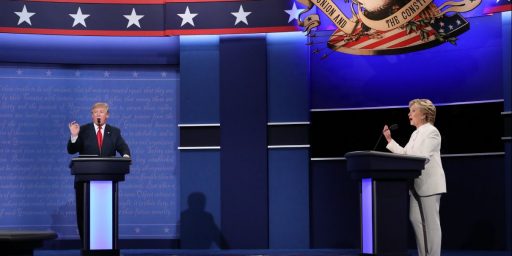