A big setback for the UAW. 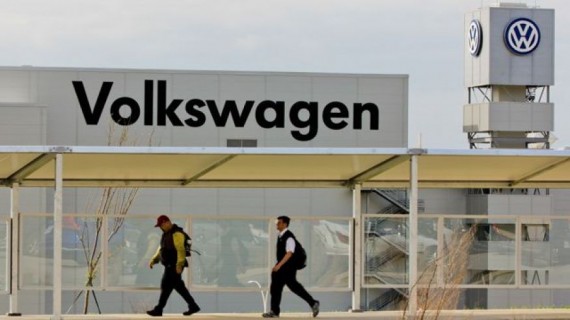 After a months long effort, the United Auto Workers union has apparently failed in its efforts to unionize at a Volkswagen plant in Chattanooga,Tennessee:

CHATTANOOGA, Tenn. — In a defeat for organized labor in the South, employees at the Volkswagen plant here voted 712 to 626 against joining the United Automobile Workers.

The loss is an especially stinging blow for U.A.W. because Volkswagen did not even oppose the unionization drive. The union’s defeat — in what was one of the most closely watched unionization votes in decades — is expected to slow, perhaps stymie, the union’s long-term plans to organize other auto plants in the South.

A retired local judge, Samuel H. Payne, announced the vote results inside VW’s sprawling plant after officials from the National Labor Relations Board had counted the ballots. In the hours before the votes were tallied, after three days of voting at the assembly plant, both sides were predicting victory.

The vote this week came in a region that is traditionally anti-union, and as a result many said the U.A.W. faced an uphill battle. The union saw the campaign as a vital first step toward expanding in the South, while Republicans and many companies in Tennessee feared that a U.A.W. triumph would hurt the state’s welcoming image for business.

Standing outside the Volkswagen plant, Mike Jarvis, a three-year employee who works on the finishing line, said the majority had voted against U.A.W. because they were persuaded the union had hurt Detroit’s automakers.

“Look at what happened to the auto manufacturers in Detroit and how they struggled. They all shared one huge factor: the U.A.W.,” said Mr. Jarvis, who added that he had had bad experiences with other labor unions. “If you look at how the U.A.W’s membership has plunged, that shows they’re doing a lot wrong.”

The U.A.W. lost the unionization campaign even though it took place with one highly unusual — and highly favorable — circumstance. Unlike most American companies, Volkswagen pledged to remain neutral, in some ways offering quiet support to the union.

Nevertheless, Republican politicians in Tennessee as well as some outside conservative groups made sure that the plant’s nearly 1,600 workers heard plenty of anti-union arguments.

Governor Bill Haslam, a Republican, warned that auto part suppliers would not locate in the Chattanooga area if the plant was unionized, while Senator Bob Corker said Volkswagen executives had told him that the plant would add a new production line, making SUVs, if the workers rejected the U.A.W. In a series of interviews this week, Mr. Corker, a Republican and a former mayor of Chattanooga, asserted that a union victory would make Volkswagen less competitive and hurt workers’ living standards.

To step up the pressure, State Senator Bo Watson, who represents a suburb of Chattanooga, warned that the Republican-controlled legislature was unlikely to approve further subsidies to Volkswagen if the workers embraced the U.A.W., a threat that might discourage the company from expanding.

The final vote, according to Reuters, was 712 (53.21%) against to 626 (46.79%) in favor, so it wasn’t exactly an overwhelming defeat for the UAW. Nonetheless, it was a defeat and one that is likely to blunt future efforts by the union to try to unionize in the auto plants in states like Tennessee, Alabama, and South Carolina.

Jazz Shaw offers some further insight into what was going on at the plant prior to the vote:

Less reported in the course of this debate was the potential expansion of the plant and how Tennessee would handle it. VW has been looking to add yet another production line in Chattanooga for sports utility vehicles. This would generate even more jobs, both directly and indirectly. When the company first moved into the area, the state put together a generous package of incentives to help them get off the ground. There was already talk of a smaller, secondary package to get the new line started, but local politicians were saying that if the union came in and began kneecapping VW, such a package would have less of a chance of being passed.

In addition to that, people I spoke with also questioned why they needed such big gun protection “against” VW in the first place. Working conditions at the plant were described as very safe, the pay there was some of the best in the area and the benefits plan offered by the automaker is generous. Why start poking a stick in their eye?

Chattanooga has undergone a serious rebirth over the past couple of decades. Once a declining area with crumbling infrastructure, a lot of work and smart investment has turned the city into a tourist destination while simultaneously seeing several major employers – including Amazon, in addition to VW – opening up shop and bringing jobs to the low tax, high worker availability area. With the rejection of the UAW, residents seem hopeful that this trend will continue.

The experiences of the workers in Chattanooga is similar to that of those in other locations in the south where automakers such as Honda, BMW, Volkswagen, Hyundai, and others have been operating manufacturing plants for decades now. Numerous studies have shown that the salaries and benefits that these workers earn are comparable to those earned by workers in unionized plants run by American car companies, for example, and as Jazz notes above the introduction of these plants in cities like Chattanooga, Birmingham, and elsewhere has gone a long way toward revitalizing areas that were long suffering from the decline of their manufacturing base. Finally, the workers themselves seem to be quite happy with the working conditions at these plants to the point where, in interviews, they’ve expressed doubts about why a union would even be needed. Granted, part of that attitude is likely related to the fact that the European and Asian automakers that have taken route in the American south have brought with them many of the business and employer-employee practices that they follow in their home countries. To some extent, American companies have adopted some of these practices in recent years with some degree of success, but those models don’t necessarily work when you try to integrate them into an environment of forced unionization.

In the end, though, the question of whether or not to unionize at this particular plant is one that was left to the workers and they are the ones who made the decision not to unionize. That’s how it ought to be in every part of the country, to be honest, and it’s one of the things that makes “right to work” laws far better than the “closed shop” rules that dominate in much of the north and (what’s left of) the industrial Midwest. The idea that people should be forced to be part of a Union in order to get a job is something that ought to be considered a relic of the 20th Century that ought to be abandoned.. 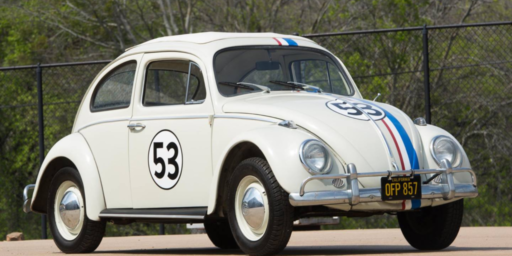