The Republican Game Plan For 2020: Demonization And Demagoguery

Following Donald Trump's lead, the GOP is making clear that its game plan for 2020 is paint all Democrats as 'socialists, baby killers, and anti-Semites.' 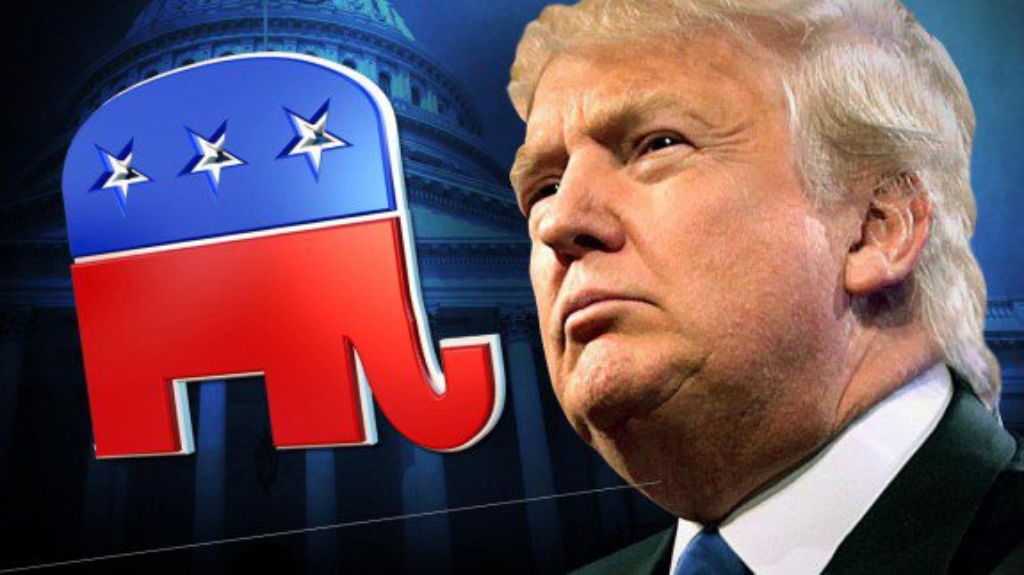 The Republicans have already latched on to their 2020 campaign strategy, and it basically involves demonizing Democrats:

WASHINGTON — In the 116th Congress, if you’re a Democrat, you’re either a socialist, a baby killer or an anti-Semite.

That, at least, is what Republicans want voters to think, as they seek to demonize Democrats well in advance of the 2020 elections by painting them as left-wing crazies who will destroy the American economy, murder newborn babies and turn a blind eye to bigotry against Jews.

The unusually aggressive assault, which Republican officials and strategists outlined in interviews last week, is meant to strangle the new Democratic majority in its infancy. It was set in motion this month by President Trump, who used his State of the Union address to rail against “new calls to adopt socialism in our country” and mischaracterize legislation backed by Democrats in New York and Virginia as allowing “a baby to be ripped from the mother’s womb moments before birth.”

Then last week, Republicans amped it up, seizing on a Twitter post by a freshman representative, Ilhan Omar of Minnesota, which even some Democrats condemned as anti-Semitic, and ridiculing the “Green New Deal,” an ambitious economic stimulus plan unveiled by Representative Alexandria Ocasio-Cortez, a self-described democratic socialist. Suddenly even Jewish Democrats were abetting anti-Semitism and moderate Democrats in Republican districts were Trotskyites and Stalinists.

“Socialism is the greatest vulnerability by far that the House Democrats have,” Representative Tom Emmer of Minnesota, the chairman of the National Republican Congressional Committee, said in an interview, adding that he had also instructed his team to spotlight “all the extreme wild ideas” that Democrats espouse, “on a daily basis, on an hourly basis if it’s available.”

House Republicans have identified 55 Democrats they regard as vulnerable, including many freshmen. Some flipped Republican seats last year, some represent districts carried by Mr. Trump in 2016, and some are in districts held by Republicans until recently. Bruised by their losses last year, Republicans are determined to start earlier and be more aggressive on the offense in 2020, and are hoping to exploit the Democratic presidential candidates’ courtship of the left.

The spots are the first in what will be a national campaign, according to Zach Hunter, a spokesman for the fund. The stark ads, featuring stern-looking images of Ms. Ocasio-Cortez, offer a preview of how Republicans intend to vilify her in much the same way they have vilified Speaker Nancy Pelosi, caricaturing her as a radical from San Francisco.

The hardball tactics have been especially evident in the Republican response to Ms. Omar’s tweet last week, and to the legislation adopted in New York, and proposed in Virginia, to loosen restrictions on abortions in the third trimester of pregnancy under certain conditions.

Before he became embroiled in a controversy over blackface, Gov. Ralph Northam of Virginia, a Democrat, gave Republicans an opening last month when he said during a radio interview about the bill that “a discussion would ensue between the physicians and the mother” in the case of an infant born with severe deformities.

Mr. Northam’s office later said he was discussing medical treatment, not abortion, but Republicans, including Mr. Trump, accused him of promoting infanticide. House Republican leaders began gathering signatures to force a vote on legislation requiring doctors to provide care “when a child is born alive following an abortion or attempted abortion.”

To be fair, of course, this is hardly a new development. Defining your opponents using harsh language is, for better or worse, a tried and true electoral practice that both sides have engaged in not just for decades, but virtually from the beginning of the Republic. George Washington largely avoided the courage of “negative campaigning,” of course, but he’s largely the only President for whom that’s been true. From the Election of 1796 going forward, one can point to examples of negative and vindictive campaigning from all sides in both General Elections and, as they became part of the political process, primary campaigns. One of the most negative campaigns in history occurred 219 years ago, for example, and we have seen equally nasty campaigns at other points in American history. Therefore, the fact that Republicans appear to be prepared to base the negative side of their campaign on trying to demonize Democrats as “socialists and baby killers,” while distasteful and far from being accurate, is hardly unprecedented in American history.

There is, of course, one big difference between these campaigns of the past and what we’re seeing today from Republicans and what they are likely to try to do in the 2020 campaign. Unlike past campaigns, it seems quite apparent that Republicans heading into 2020 have next to nothing in terms of a positive agenda, and there seems to be any likelihood that they’re going to come up with one. At least in 2016, Republicans ran on at least some ideas, such as the appointment of conservative Judges and Justices, “repealing and replacing” the Affordable Care Act, and tax reform. Heading into 2020, it’s hard to see what kind of positive agenda the GOP can or will run on. Yes, they can point to the judicial appointments as something they have delivered on, and the same can be said about tax reform, or at least what they consider reform. As for health care reform, those efforts failed spectacularly in 2017 and it’s unlikely that the issue will be revisited even if the President wins re-election, especially if Democrats end up holding control of the House regardless of what happens in the race for the White House. So what do Republicans have to run on besides that? Non-existant infrastructure upgrades? A foreign policy that has left the world in chaos? Looking around it’s hard to see anything positive Republicans can run on them, and listening to them talk it quickly becomes apparent that they have no idea what they’d do if they continued in power after 2025, especially since it probably would mean a continuation of the chaos and instability that has ruled the Trump Administration since the time it took office.

There is one respect in which this demonization works, of course, and that is with respect to keeping the Republican base motivated, angry and riled up. One of the main reasons for Donald Trump’s success in the run for the Republican nomination and the General Election is that, to a greater extent than any of his rivals, he was particularly skilled at using the resentments of this base to his advantage. This explains his rhetoric against Muslims, immigrants, and a whole host of other groups, and it explains to a large degree things such a policy position on international trade that makes no sense whatsoever and a foreign policy the simultaneously spits in the face of allies, glorifies the leaders of totalitarian and authoritarian regimes, and pulls back from engagement in places such as Syria and Afghanistan while at the same time seemingly seeking confrontation with Venezuela and Iran. To a large degree, Trump is merely echoing the prejudices of his supporters and a worldview preached by Fox News hosts and pundits whose view of the world is, to say the least, very strange and certainly not related to anything that can be called “reality.”It is because this demagoguery plays well with the base that Trump and his fellow Republicans will engage in it going forward. Whether the American people will buy it is, of course, another question.