The Ukrainian Situation: I Yam What I Yam

There are lots of different ways of looking at the situation in Ukraine—historical, game theoretical, and interpersonal perspectives. 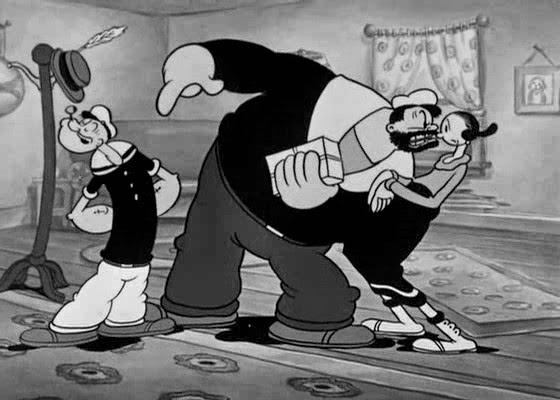 Writing at Der Spiegel, historian Christopher Clark looks at historical precedents for insight into the situation in Ukraine, especially the First World War:

The spectre of that war is useful as a reminder of how terrible the costs can be when politics fails, conversation stops and compromise becomes impossible. But in fact the alignments implicated in the Ukrainian emergency bear little relation to the geopolitical constellations of 1914. At that time, two central powers faced a trio of world empires on Europe’s eastern and western peripheries. Today, a broad coalition of Western and Central European states is united in protesting Russia’s interventions in Ukraine. And the restless, ambitious German Kaiserreich of 1914 scarcely resembles the European Union, a multi-state peace framework that finds it difficult to project power or to formulate external policy.

The Crimean War of 1853-1856 might offer a better fit. Here, at least, we can speak of a coalition of “Western” states united in opposition to Russian imperial ventures. This war, which ultimately consumed well over half a million lives, began when Russia sent 80,000 troops into the Ottoman-controlled Danubian principalities of Moldavia and Wallachia. Russia argued that it had the right and obligation to act as the guardian of orthodox Christians within the Ottoman Empire, much as it today claims the right to safeguard the interests of ethnic Russians in eastern Ukraine.

But here, too, it would be a mistake to push the analogy too far. In the 1850s, the Western powers feared that Russian predations against the Ottomans would destabilize the entire zone from the Middle East to Central Asia, undermining the security of the British and French world empires. Since the Ottoman Empire no longer exists, the mechanisms of transimperial destabilization are absent in the current crisis, which involves the relationship between Russia and one relatively isolated former client state on its periphery.

He struggles to conclude on a hopeful note:

There exists today no counterpart for the kind of “Balkan inception scenario” that fuelled escalation in 1914. In a recent statement for a news program, German Foreign Minister Frank-Walter Steinmeier conceded that the EU foreign ministers (himself included) had been too quick during the early days of the crisis to engage with the Ukrainian opposition and too slow to take account of the larger geopolitical issues that are entangled with the crisis. This remark exhibited a level of self-critical reflection and a readiness to adjust to new developments that would have been completely alien to his early twentieth-century counterparts. The statement issued by European Commission President José Manuel Barroso on March 5 following a meeting of the Commission to discuss the situation in Ukraine struck exactly the right note. It spoke of the overriding importance of political and economic stability and of respect for the rights of “all Ukrainian citizens and communities.” Caution has been a salient feature of US President Barack Obama’s recent statements, and even the crude threats emanating from the Kremlin have been in marked contrast (so far!) with President Vladimir Putin’s circumspection in practice.

Dr. Clark champions the idea that the French and Russians laid the groundwork for World War I by maneuvering themselves into positions in which events over which they had no control, far away in the Balkans, impelled them to go to war. I fear that the parallels between those circumstances and today’s are closer than he thinks with the U. S. and Russia playing the parts of France and Russia and Ukraine and the EU filling the role of the Balkans and, possibly, the Ottoman Empire.

In his op-ed in the New York Times Tyler Cowen considers the situation in Ukraine from a game theoretical perspective in several aspects: nuclear deterrence, tipping points, market deterrence, and credibility and consequences. His op-ed is hard to excerpt and should be read in full but here’s a sample (from the “tipping points” section):

In a recent blog post, Jay Ulfelder, a political scientist, noted that for the last 25 years the world has seen less violent conflict than might have been expected, given local conditions. Lately, though, peaceful settlements have been harder to find. This change may just reflect random noise in the data, but a more disturbing alternative is that conflict is now more likely.

Why? The point from game theory is this: The more peacefully that disputes are resolved, the more that peaceful resolution is expected. That expectation, in turn, makes peace easier to achieve and maintain. But the reverse is also true: As peaceful settlement becomes less common, trust declines, international norms shift and conflict becomes more likely. So there is an unfavorable tipping point.

I tend to see the situation more from a perspective of transactional analysis as a global game of “Let’s You and Him Fight”, a scenario familiar to anyone who watched the old Popeye cartoons with the United States playing the role of Popeye, Russia the role of Bluto, and Ukraine the role of Olive Oyl. The EU, presumably, sees itself as the person with whom she goes off arm-in-arm at the end after her two suitors have exhausted themselves.

In geopolitics as in life that game is tremendously dangerous, particularly when the prospective combatants both have massive nuclear arsenals.