An idea whose time has come? Not really. 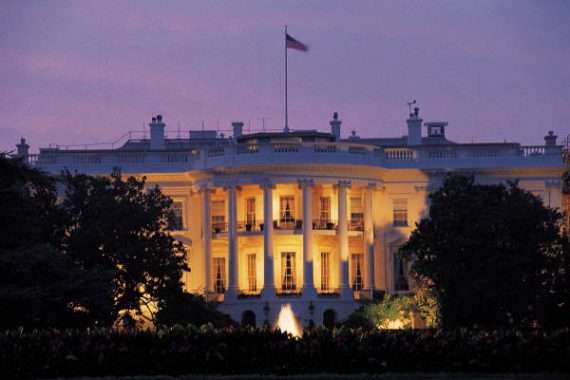 Writing at National Review Myra Adams, who worked as a campaign aide and adviser on the Bush 2004 and McCain 2008 Presidential campaign, argues in favor of the idea of limiting the President to a single six-year term:

The strongest argument for one six-year term is the “second-term curse.” The last four two-term presidents – starting with Nixon and going forward with Reagan, Clinton, and Bush – all had difficulty in their second terms.

Resignation, scandals, impeachment, and total economic meltdown – was it just a coincidence that all four of these presidencies unraveled in years six through eight? (Reagan’s unraveled the least, but Iran-Contra was a huge distraction.)

Even worse: President Obama’s last two years have yet to begin and already his leaderless presidency is in complete shambles, with numerous foreign and domestic crises spiraling out of control.

Therefore, historically speaking and especially today, one six-year term is an idea whose time has come. The benefits are that it would embolden presidents to take risks, make difficult decisions, and exert bold leadership while reducing fear of political retribution. Then, just before the beginning of historically the worst time for a two-term president, he or she is out.

The last two years of a six-year term would be when traditional lame-duck status sets in. That means one six-year term is reduced to only four full years of primetime effectiveness. Compare that to two four-year terms by subtracting two years for reelection distraction and then two final lame duck years and you have exactly the same four years of presidential prime time!

One major difference is that during one six-year term there would be only two mid-term elections where the president ostensibly could be held accountable, as opposed to three mid-term elections within two four-year teams. And, just like now, if he or she was unpopular, voters could shift control of the House and Senate from one party to another.

Then, here is an interesting quandary, leading to the most important reason why one six-year term would be good for America.

In our age of instant and 24-hour news cycles leading to information overload, Americans have developed shorter attention spans and thus tire more quickly of brands, fads, and celebrities, including their president.

Yet the last three presidents been reelected. That’s higher than the historic reelection rate of 68.7 percent. In the 57 U.S. presidential elections, 32 have involved incumbents and 22 of those incumbent candidates have won. Pretty good odds, huh?

And with the indisputable and growing power of the presidency coupled with an over-sized federal government under the president’s control, incumbent presidents are becoming more likely to be reelected.

This is a dangerous trend that one six-year term would blunt.

The current state of presidential reelections has become a major time burden that reduces a president’s ability and desire to pass long-term, politically unpopular solutions to difficult national problems.

There’s much to digest here, but perhaps we should start with some of the things that Adams gets wrong. She contends, for example, that a six-year single term Presidency would mean that there would only be two midterm elections in a single Presidential term as opposed to three as there are now. The first problem with this argument, of course, is that there are actually only two midterm elections during a Presidential term that lasts for the full eight years permitted by the Constitution, one during the President’s second year in office and the other during the President’s sixth year in office. The other Congressional election that Adams is referring to is the one that occurs during the same year that a President is running for re-election and has never actually been referred to, or considered, a mid-term election. Yes, it’s correct to say that those races are as much a test of the public’s approval of the President’s agenda as the races that occur in year two and six, but because it occurs at the same time as a Presidential race it’s a completely different kind of race.

Perhaps Adams meant to say that there would only be two Congressional elections during a single six-year term, in which case she’d be correct but it strikes me that she’s simply stating a tautology without really explaining why the fact she’s pointing out is a good thing. If Congressional elections are a check on Presidential power and ambition, then isn’t it a good thing that are more of them during a Presidential term rather than fewer of them? After all, the fact that there would be two elections during a six-year term doesn’t matter so much as when those elections would be. The most likely arrangement would be one where there are Congressional election when a President is elected, and then again during the second and fourth years of his or her six year term. This wouldn’t provide anymore of a check on Presidential power and ambition than the current arrangement where there are Congressional elections during years two, four, and six of an eight year term it seems to me, and it potentially could provide less since it would mean that after year four a President limited to a six year term would feel him or herself unencumbered by public opinion in the final two years of his term. A President in such a position would not need to worry about the people pushing back on his agenda via the ballot box at Congressional election, and he would not need to worry about standing for re-election at any point during his Presidency. Rather than halting the growth of the power of the Presidency that Adams, rightly I think, laments, the solution she proposes could potentially actually help to accelerate that accumulation of power by making the Presidency even further removed from the popular will than it already is.

Conversely, of course, one could argue that the single term that Adams proposes could actually reduce a President’s ability to do their job. It’s already fairly well established that a President who is elected to two terms ends up becoming a Lame Duck at some point well before their term actually ends. Quite naturally, this happens because public attention starts to shift to the upcoming Presidential elections and even members of the President’s own party in Congress start to look to their party’s candidates for President for leadership going forward rather than relying on someone who is going to be out of office in less than two years. If the President’s party happens to lose control of Congress during those final two years, as seems likely for President Obama and the Democrats in two weeks, them the descent in to that status becomes inevitably accelerated, which is why you typically see Presidents spend the last two years of their time in office diverge off into areas that don’t require Congressional approval, such as foreign policy or Executive action in areas where Congress has already granted the President discretion to act without Congressional approval. In some sense, a President who is limited to a single six year term would be a lame duck from the minute they took the Oath of Office. Yes, they would still wield the considerable levers of Presidential power, but their ability to hold sway over Congress would likely be significantly limited. Given the fact that the Constitution has always presumed that Congress would be the more powerful of the two branches, this may not be a bad thing but it would certainly be a big change from what we have today.

In other words, a single six-year term would likely embolden a President to act in areas where Congressional approval isn’t needed, because they wouldn’t need to worry about facing voters themselves, and weaken the Presidency vis a vis Congress when it comes to other areas, such as domestic policy. I’ll leave it to the reader to judge whether or not this is a good thing, but it would certainly be a change and it isn’t at all clear that it would be change for the better as Adams suggests. Leaving aside the fact that, as a practical matter, this is a change that isn’t likely to ever be enacted, it strikes me that Adams’s idea is one best left on the shelf. The two-term system we have now isn’t perfect, and some have suggested that we change that to allow Presidents to serve more than two consecutive terms, but Adams hasn’t persuaded me that her alternative would be any better.

FILED UNDER: Law and the Courts, The Presidency, US Constitution, US Politics, elections, impeachment, Iran, National Review, oath, term limits