Trump Hints At A Pardon For Muhammad Ali, But Ali Doesn’t Need A Pardon 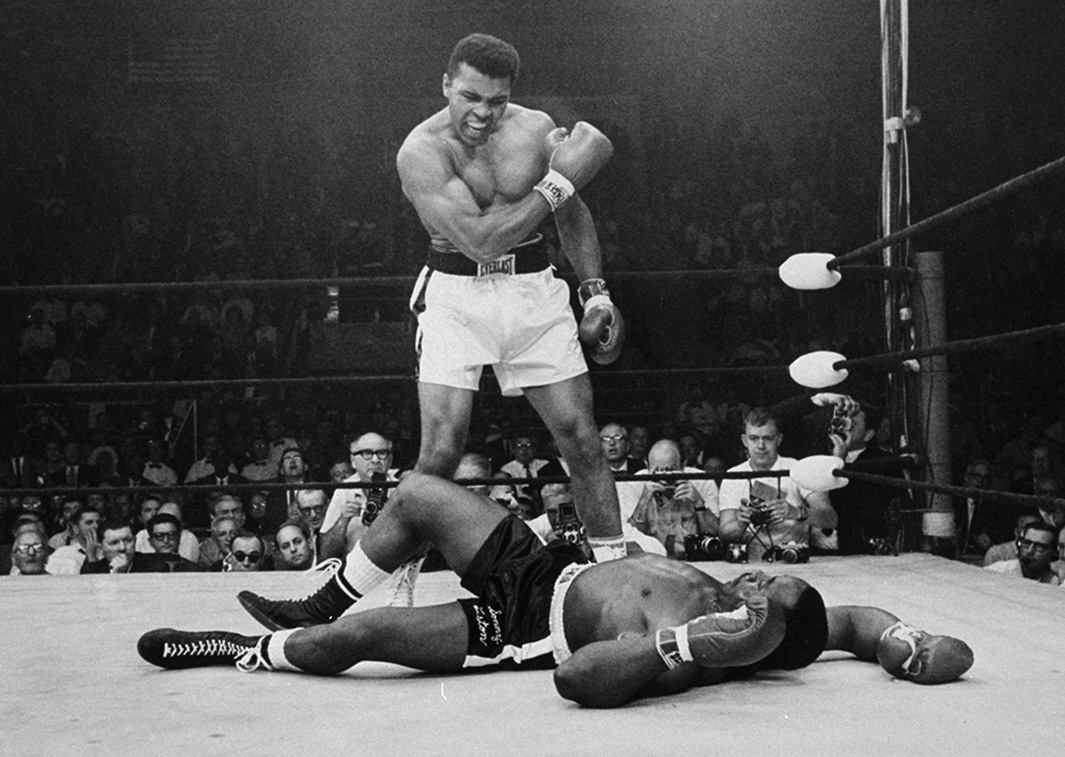 On his way to the G-7 Summit, President Trump spoke to reporters outside the White House and said, among other things, that he’s considering a pardon for Muhammed Ali, who was convicted of evading the draft back in 1967. The only problem is, Ali doesn’t need a pardon:

Continuing to draw on his clemency powers, President Trump said Friday that he may soon pardon Muhammad Ali — a sentiment that a lawyer for the late boxer quickly said was appreciated but unnecessary.

Ali was convicted in 1967 for refusing to report for induction into the United States military during the Vietnam War. His local draft board rejected his application for conscientious-objector classification.

“He was, look, he was not very popular then. Certainly his memory is popular now,” Trump told reporters as he prepared to leave the White House on Friday en route to a Group of Seven economic summit in Canada.

Trump said he was thinking “very seriously” about pardoning Ali as well as other “folks that have some sentences that aren’t fair.”

But Ron Tweel, an attorney for Ali, who died in 2016, pointed out that the U.S. Supreme Court overturned Ali’s conviction in 1971. In a unanimous ruling, the court found that the Department of Justice had improperly told the draft board that Ali’s stance was not motivated by his Muslim religious beliefs.

That notion was echoed by Walter E. Dellinger III, a professor at Duke University School of Law and an acting solicitor general during the Clinton administration.

“There is nothing to pardon!” Dellinger wrote on Twitter.

Trump’s musing about an Ali pardon was blasted by the Rev. Al Sharpton, who accused the president of “nothing more than grandstanding.”

Besides criticizing the president for offering something unnecessary, Sharpton said Trump’s past “anti-Muslim and Islamophobic policies and rhetoric” were an affront to Ali’s religion.

“You can’t stand up for Islam while simultaneously denigrating it,” Sharpton said.

Both Ali’s attorney and Dellinger are, of course, correct. While Ali, then still legally known as Cassius Clay, was convicted of draft evasion in 1967, that conviction was overturned by a unanimous Supreme Court in 1971 in the case style Clay v. United States.  Although the basis for that decision was based on the technical ground that the Federal Government had not sufficiently specified the reasons for the denial of Ali’s claim of being a conscientious objector, the result was the same and the Court voted 8-0 in the later boxer’s favor. (Justice Thurgood Marshall recused himself from the case due to the fact that he had been Solicitor General at the time that the case was first brought.) As a result, Ali’s conviction was overturned and he did not end up spending a day in jail because of the conviction. Even if the Court had not ruled for Ali, though, his case likely would have been included in the general pardon that President Jimmy Carter granted to everyone who was charged with, convicted of, or could have been charged with draft evasion during the Vietnam War Era. Therefore, there is nothing for President Trump or anyone else to pardon.

The context for all of this, of course, is the pattern of Presidential pardons that we’ve seen from President Trump so far in his Presidency. The most prominent pardons that Trump has granted, of course, have been those granted to former Arizona Sheriff Joe Arpaio, former Chief of Staff Scooter Libby, and right-wing provocateur Dinesh D’Souza. What all three of these have in common, of course, is that they are basically considered heroes by the members of Trump’s right-wing base. Trump’s other pardons or grants of clemency have gone to people such as Jack Johnson, the late African-American boxer who was convicted of violating the Mann Act in 1913 in what nearly everyone agrees was a case tainted by racial bias, and Alice Johnson. Ms. Johnson, who is not related to the boxer, had been convicted of drug trafficking and had served 21 years of her sentence before receiving a commutation this week. Jack Johnson’s case had been championed by actor Sylvester Stallone and others, who apparently used their access to the President to lobby for his cause while Ms. Johnson had for some reason become a cause for Kim Kardashian, who visited the White House earlier this week and met with the President on her behalf. Trump has also issued a pardon to Kristian Saucier, a former U.S. Navy sailor who had been convicted of improper handling of classified material. Saucier’s case had been championed by many on the right side of the political spectrum because, they alleged, the case showed that Hillary Clinton had been treated favorably for allegedly doing the same thing that Saucier did. Trump has also commuted the sentence of Sholom Rubashkin, who had been convicted in 2009 on a number of counts of wire and bank fraud and whose case had been championed by Members of Congress and Senators from both sides of the political aisle. In other words, so far we’ve seen that if you want a pardon from this President you either need to be a darling of the right-wing or have a celebrity or connected politician argue your case.

The other part of the context for this, of course, is the suggestion that many have made that Trump could pardon people connected to the Russia investigation, something that has been hinted at before, or that he could even pardon himself. In that regard, Trump again said yesterday that he believed he had the authority to pardon himself, but that he doesn’t need to do so because he didn’t do anything wrong. Regardless of that fact, all of this demonstrates the context in which Trump seems to view the pardon power as something he can use to curry favor with supporters and friends, and potentially to effectively obstruct justice. As for Ali, I’m convinced that Trump just randomly pulled Ali’s name out of thin air as something for the press to jump on and that he knows nothing about the facts of Ali’s case or the fact that the conviction was overturned and there is nothing to pardon. In any case, all of this indicates that we’re likely to see some more interesting and most likely controversial pardons from this President in the future.