Donald Trump's Jerusalem decision reveals yet again that he is an appallingly bad deal maker. 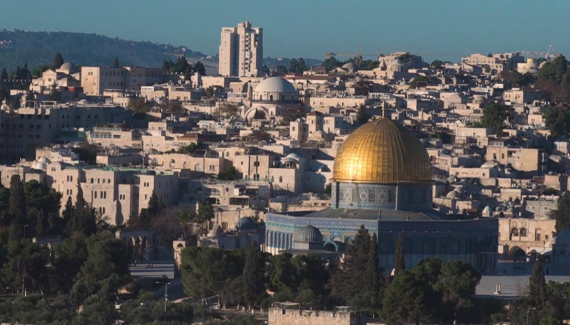 Not surprisingly, yesterday’s announcement by President Trump regarding the recognition of Jerusalem as Israel’s capital and the eventual move of the American embassy to that city from its current location in Tel Aviv has led to widespread protests in the West Bank and elsewhere with promises of further protests tomorrow after Friday prayers. The announcement has also led to widespread criticism from around the world from American allies in Europe and elsewhere and from international organizations, many of whom have pointed out that Trump’s announcement upsets the already delicate balance in the Middle East and makes any solution to the ongoing disputes between Israel and the Palestinians even less likely than it already was. Additionally, as Thomas Friedman notes in today’s New York Times, the announcement was yet another instance of Trump failing to make a deal that actually could have accomplished something:

Let’s start with Israel, every Israeli government since its founding has craved United States recognition of Jerusalem as its capital. And every United States government has refrained from doing that, arguing that such a recognition should come only in the wake of an agreed final status peace accord between Israelis and Palestinians — until now.

Today, Trump just gave it away — for free. Such a deal! Why in the world would you just give this away for free and not even use it as a lever to advance the prospect of an Israeli-Palestinian deal?

Trump could have said two things to Israeli Prime Minister Benjamin Netanyahu. First, he could have said: “Bibi, you keep asking me to declare Jerusalem as Israel’s capital. O.K., I will do that. But I want a deal. Here’s what I want from you in return: You will declare an end to all Israeli settlement building in the West Bank, outside of the existing settlement bloc that everyone expects to be part of Israel in any two-state solution.”

Such a trade-off is needed. It would produce a real advance for United States interests and for the peace process. As Dennis Ross, the veteran American Middle East peace negotiator and author of “Doomed to Succeed: The U.S.-Israeli Relationship From Truman to Obama,” explained: “When you stop building outside the settlement blocs, you preserve, at a maximum, the possibility of a two-state outcome and, at a minimum, the ability for Israelis to separate from Palestinians. Keep up the building in densely populated Palestinian areas and separation becomes impossible.”

Trump also could have said, as the former United States ambassador to Israel Martin Indyk suggested, that he’d decided “to begin the process of moving the embassy to western Jerusalem, but at the same time was declaring his willingness to make a parallel announcement that he would establish an embassy to the state of Palestine in East Jerusalem” — as part of any final status agreement. That would at least have insulated us from looking like we made a one-sided gesture that will only complicate peacemaking and kept the door open to Palestinians.

In either case, Trump could then have boasted to Israelis and Palestinians that he got them each something that Barack Obama never did — something that advanced the peace process and United States credibility and did not embarrass our Arab allies. But Trump is a chump. And he is a chump because he is ignorant and thinks the world started the day he was elected, and so he is easily gamed.

Trump is susceptible to such giveaways, not only because he is ignorant, but because he does not see himself as the president of the United States. He sees himself as the president of his base. And because that’s the only support he has left, he feels the need to keep feeding his base by fulfilling crude, ill-conceived promises he threw out to them during the campaign. Today, again, he put another one of those promises ahead of United States’ national interest.

As Friedman notes, this isn’t the first example of Trump’s much-vaunted deal-making skills showing themselves to be much less than be desired. Earlier this year, for example, Trump fulfilled yet another of his campaign promises just days after assuming the Presidency when he announced that the United States was pulling out of the Trans-Pacific Partnership. As Friedman notes, the only party that really benefited from the United States abandoning TPP were the Chinese, for whom the agreement between the United States and a widespread group of Pacific nations would have been a serious competitor in the trade area, and yet he announced the deal without first even attempting to get any concessions on the trade issue from China. Now Trump is trying to negotiate with China on trade on a bilateral basis and finding, not surprisingly, that reaching a “good deal” is harder than he probably expected. Had he not given away the crown jewel of the potential of the TPP with the United States, Trump arguably would have been in a much better bargaining position than he is today and potentially could have even negotiated a TPP that included China and benefited everyone in ways that will no longer be possible.

On the domestic side, Trump demonstrated the art of the bad deal in August when he negotiated a short-term spending deal with House Minority Leader Nancy Pelosi and Senate Minority Leader Chuck Schumer that basically gave Democrats everything they wanted and, as we’re seeing this month, placed Republicans on Capitol Hill in a position where they are clamoring to put together a spending bill that will avoid a government shutdown and the political blame that would no doubt come with that.

What Trump did today won’t advance “the peace process.” There may not be much of a process to be advanced in any case, but this definitely snuffs it out for the foreseeable future. There will be no “work towards a lasting agreement” when a major power unilaterally decides to break with its existing policy and severely disadvantages one of the parties in any future negotiations. If one wanted to destroy confidence and trust in the U.S., this is the sort of thing one would do.

Trump describes what he did as proof of his “fresh thinking,” but there is nothing more stale and tired than having our government fully taking the Israeli side in this conflict. He can insist all he likes that the decision “is not intended in any way to reflect a departure from our strong commitment to facilitate a lasting peace agreement,” but the action proves that there is no such commitment. It will be interpreted as proof of our government’s bias and bad faith, and it is ridiculous to expect other nations to interpret it any other way.

The best that can be said about Trump’s remarks is that he has to be delusional if he thinks that today’s announcement is compatible with making progress in securing a negotiated settlement. Any goodwill the Trump administration might have enjoyed with the Palestinians has been squandered for no reason, and Trump has now made it politically impossible for any Palestinian leader to be seen cooperating with the U.S.

As I noted yesterday, Trump’s announcement demonstrates that he does not care about the Palestinians, nor does he particularly care about any kind of real Middle East peace process. Putting the weight of the United States behind the Israeli claim to all of Jerusalem as their capital and moving the United States Embassy there, and thus effectively reversing forty years of American foreign policy, does nothing to advance the peace process and serves only to appease the far-right wing of the Republican Party in the United States and Israeli Prime Minister Benjamin Netenyahu, who is presently facing internal political pressure over scandals involging his office and, specifically, his wife that have led to widespread and ongoing investigations and increased speculation over whether or not he can survive politically. Beyond that, it accomplishes nothing and arguably makes the situation in the Middle East even worse than it already is, as the events that have occurred since Trump’s announcement and seem likely to unfold in the days to come, are already starting to confirm.