UK Poorer Than All US States Except Mississippi

Alabamians like to exclaim, "Thank God for Mississippi." Perhaps it's time for that slogan to cross the Pond. 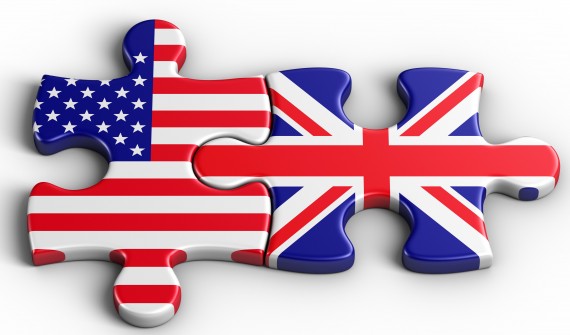 Having spent a number of years living in Alabama, I’m well acquainted with the phrase, “Thank God for Mississippi.” While we had a lot of problems, we could always point to our western border for a state that was even more backwards. Perhaps it’s time for that slogan to cross the Pond.

The Spectator‘s Fraser Nelson did the math and explains “Why Britain is poorer than any US state, other than Mississippi.” His methodology is pretty straightforward:

You take the US figures for GDP per state (here), divide it by population (here) to come up with a GDP per capita figure. Then get the equivalent figure for Britain: I used the latest Treasury figures (here) which also chime with the OECD’s (here). A version of this has been done on Wikipedia, but with one flaw: when comparing the wealth of nations, you need to look at how far money goes. This means using a measure called Purchasing Power Parity (PPP).

He then put the calculations into a rank-ordered table:

I’m not an economist but the methodology appears reasonable to me with one small caveat: Nelson seems to be making the PPP adjustments based on national data despite making state-level comparisons.  While the 50 states are part of the US national economy and pricing is the same or similar in all states for all manner of products, there are significant differences in the purchasing power of a dollar in Michigan vs. Mississippi or Alabama vs. Arizona.  That’s likely not a major deal in terms of his overall point—the average Briton is indeed likely poorer than the average Alabamian—but the rankings are likely off.  Indeed, a PPP adjustment for the poorer states would likely put the UK behind even Mississippi given how close they are already.

The impetus for Nelson’s investigation was local commentary on the tragic events in Fergusson, Missouri and the attention it drew to not only the pockets of poverty but the rampant income and social inequality in the United States. But, here, too Nelson sees now room for his fellow Brits to crow. Indeed, Americans at most every level are richer than their UK counterparts;* only the bottom 5% are better off there than here:

In a related piece for The Telegraph, Nelson explains,

America, being richer, is more unequal than Britain – and has a long list of genuine outrages. A white baby born in America today is likely to live five years longer than a black one, for example. No such racial gap exists in Britain. This is one of a great many statistics that US campaigners have at their disposal to draw attention to inequality. Almost half of black Americans drop out of high school and then tend to earn less. There is much argument about why this is so: racial discrimination and dire education are often cited as causes. “High unemployment and high rates of out-of-wedlock birth leave too many of them without guidance,” according to a piece in the Wall St Journal.

It’s a passionate debate, which has no real counterpart in Britain. We have our share of problems, but they attract less interest. A boy born in Liverpool is expected to live five years less than one born in Westminster – an outrage, but one which we have grown used to. In fact, you only have to walk across Westminster Bridge and life expectancy drops by five years. As our politicians enjoy summer drinks on Parliament’s terrace, they can hear Big Ben echoing from buildings in a part of the city that badly needs their help. But they will have known this for years, and grown inured to it. Our poverty is hiding in plain sight.

Of course, the fact that even rich, modern countries like the UK have the sort of troubles we have here in the USA doesn’t make them non-problems. There are genuine outrages in both places, some of which are direct results of conscious policy choices. Still, it’s useful to have perspective.

*I initially phrased this as “income inequality is greater in the UK than the US” but that’s probably not the case and not really the point.