The combination of falling oil prices and increased exports has the US trade deficit at its lowest point since December 2010. 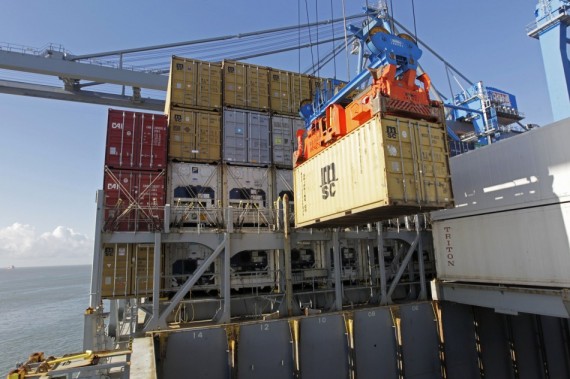 The combination of falling oil prices and increased exports has the US trade deficit at its lowest point since December 2010.

The U.S. trade deficit in June hit its lowest level since December 2010, the Commerce Department said Thursday, as the gap between the nation’s exports and its imports from abroad narrowed to $42.9 billion.

The numbers are good news for the Obama administration, which has come under attack from Mitt Romney for being “soft” on China, the main driver of the U.S. trade deficit. The Republican presidential candidate has vowed to designate China a currency manipulator on his first day in office.

The trend was fueled by a record high in exports, which reached $185 billion thanks to spikes in sales of consumer goods, automobiles and and industrial supplies and material. U.S. sales of food and beverages abroad were down by $800 million, however.

Imports of goods and services fell to $227.9 billion, down from $231.4 billion in May, driven in large part by falling oil prices.

This is one of those “good news” reports that may or may not actually be good news.

That oil prices are down is largely a good thing, of course, for those of us who buy rather than sell oil. The only negative is that it reduces the incentive to “end our dependence on foreign oil,” a bipartisan platitude for some four decades that’s mostly observed in the breach.

Similarly, it’s probably a good thing that we’re selling more stuff overseas. The caveat is that export demand fluctuates wildly based on currency values and the price of goods. Over the past year, the dollar is up over the euro and the British pound but down against the Chinese yuan. I have no insights, alas, as to what’s driven the increased attractiveness of our consumer goods, automobiles, or industrial supplies.

UPDATE: Commenter Ben Wolf points to this handy U.S. International Trade in Goods and Services Highlights report out today from the Census Bureau: 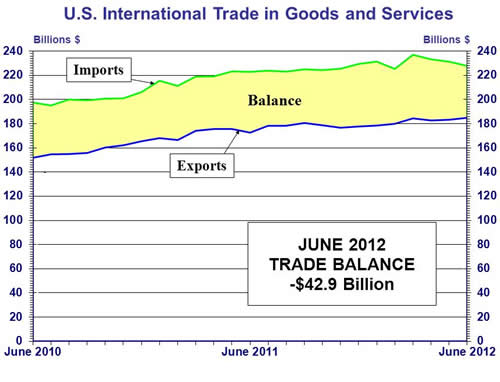 Correction: The original version of this post had the streak at 20 months, counting from December 2010 to present. The data end in June.