Is Jon Stewart a useful idiot? 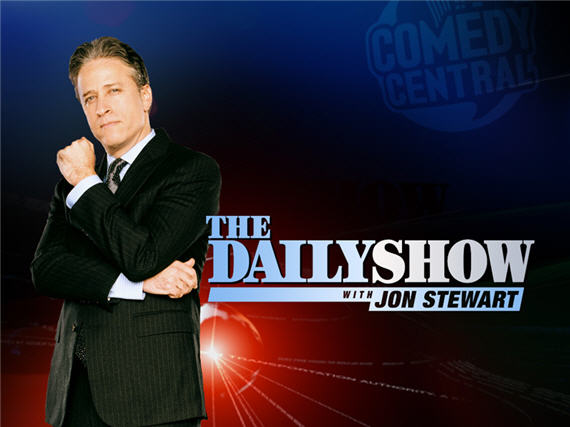 Digby is quite displeased with Stewart, both for this particular bit and for what she sees as an increasing tendency of his to make fun of ordinary people fighting for what they believe in, regardless of the merits of their cause.

I’m so glad that we have Jon Stewart around to reduce all political activities of ordinary people into a clown show. It makes it much easier to maintain our ironic distance. Silly people making noises in public is really beneath all smart liberals like ourselves. The only respectable way for people to engage in politics is to let Jon Stewart explain it all to us in our special coded hipster humor . . .

[H]e’s telling liberals (nobody else cares what he thinks) that it’s more important to behave in a dignified, fair fashion than to stand up for your beliefs in a way that could be perceived as unseemly or one-sided. That makes you as bad as the other side.

While Stewart and I tend to disagree on politics, we’re generally on the same side on the “civility” issue.  While it’s partially a class thing, with educated people used to debating issues within certain bounds aghast at the boorishness of mass movements, it’s actually more than that. Digby’s next paragraph shows why:

Except, of course, it really doesn’t. It’s really about what you’re fighting for. Tea partiers were trying to stop the federal government from reforming our health care system so that middle class workers will not go broke or die if they get sick. The Wisconsin protesters are trying to stop the Republican governor from making it illegal for them to belong to a union so that they can live a decent middle class life. Can we all see the pattern here? I’m sorry that people are misbehaving and failing to have the Oxford style debate that Stewart seems to think we should have, but this is a big argument that’s taking place and I’m fairly sure that it’s not going to be resolved by having some elite representatives of both sides sitting around Charlie Rose’s table hashing it all out and then going out for drinks afterwards. Neither do I think that’s what’s important. If the Tea partiers had been well-behaved, would it have made their noxious politics any better? I don’t think so.

But here’s the thing: If we all agreed on which causes were worthwhile and which were destructive to society, we wouldn’t need to have debates.  Alas, we don’t. Those of us on the other side of the Wisconsin debate see the protesters as disrupting the democratic process, breaking their social contract, and rent-seeking. Those of us on the other side of the fight over government bailouts saw moral hazard being thrown out the window, rewarding people who had been greedy and imprudent at the expense of those who’d played by the rules and sacrificed. Those of us who opposed ObamaCare . . . well, we weren’t exactly a coherent group. As for myself, I saw it marginally lowering freedom while doing nothing to solve the underlying crisis.

Calls for”civility”are usually just a way to shut people up and sadly, I’m fairly sure that the only people who listen to Stewart are liberals who are getting the idea that it’s wrong to get in the streets or call out the other side in rough language. Conservatives just think he’s a useful idiot.

Granting that I’m an outlier in all manner of ways, I’m a regular viewer (via TiVo-delay, meaning I won’t actually watch last night’s episode until tonight) and frequently pass along his videos here.  So does my co-blogger, Doug Mataconis.

The reason I watch Stewart (and Stephen Colbert, who I’ll turn to shortly) and not more vitriolic liberal comics like Bill Maher is precisely because of his civility. While his bits are aimed at people who generally agree with him, he’s not insulting to those who don’t. He’s welcoming and engaging conversation, treating his audience like intelligent, decent people. We tend not to agree on the issues but he rightly calls out the BS on both sides. Given his political leanings, he naturally sees more of it on the Right than the Left.  But he at least tries to be intellectually honest and consistent in his principles.

This is why Colbert’s satire is so much more effective and, frankly, much braver. His satire is firmly aimed at the right, so he cannot take both sides. That’s why it works — it takes a position. By contrast, I’m increasingly not finding Jon’s church-lady finger wagging all that funny, much less cool, and I fast forward though his opening segments more often than not. If I wanted a nightly lecture on proper behavior I’d consult Miss Manners or go to church.

During the last couple years of the Bush administration, I found Colbert’s show much funnier than Stewart’s.   The faux Bill O’Reilly character was perfect for the time, providing both pretty sharp satire and yet enough warmth to make the jokes appealing to those, like myself, who voted for Bush and supported many of his policies.

There have been plenty of great moments on the show since, most notably his Operation Iraqi Stephen stint and his support for the U.S. Olympic Speedskating Team. But, there, he largely stepped outside the confines of his character and just used his enormous improvisational talents and likability to good affect.

Stewart, meanwhile, has truly elevated his performance during the Obama administration. After a few awkward weeks of mostly making the show about the mess that the Republicans have left him, he’s been arguably Obama’s most effective critic. While obviously supporting the president’s agenda, he’s been merciless about dubious claims, absurd policies, and a general lack of leadership. Not always needing to be “in character” — or even funny — he’s able to bring the full force of his talents to bear in dissecting the news.

I still watch both shows. Colbert is a great talent and is just enormously likable. But the faux right wing character limits him.