Ari Melber cites statistics showing the major paper editorial and op-ed pages, the prestige talking heads shows, and other high profile outlets for punditry remain overwhelmingly male dominated. Matt Yglesias, a male who blogs for the male-dominated Atlantic.com (eight “voices,” seven of whom are male and an eighth who is unusually tall and therefore, despite obvious femininity, often mistaken for a male) suggests a solution:

But all it would take to dramatically increase the number of women having op-eds published in The Washington Post would be to email some women who write about politics and say “want to write something for The Washington Post?” I’m sure someone would say yes.

Oddly, despite being male and having written about politics for many years, I have hardly ever been contacted by a newspaper and asked to write an op-ed; none of the biggies have done so. Are politically minded women blinded by their gender to the existence of The Washington Post? Too shy to pitch and submit like the rest of us?

Melber’s statistics would be much more interesting in context. What percentage of aspiring pundits are female? What percentage of the career paths usually followed by successful pundits are populated by females? My hunch is that the answer to these will roughly correspond to the number of under-50 females represented in the places Melber would like to see more women. (I say “under-50” because, obviously, said doors were all but closed to women until, say, the early 1970s.)

My strong guess is that Atlantic Monthly is not consciously discriminating against men but rather finds a disproportionate number of them among qualified applicants for positions. 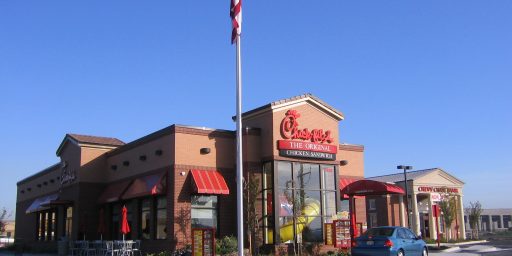