Contrary to what Eugene Robinson and Paul Krugman argue today, compassion does not require one to support government social welfare programs. 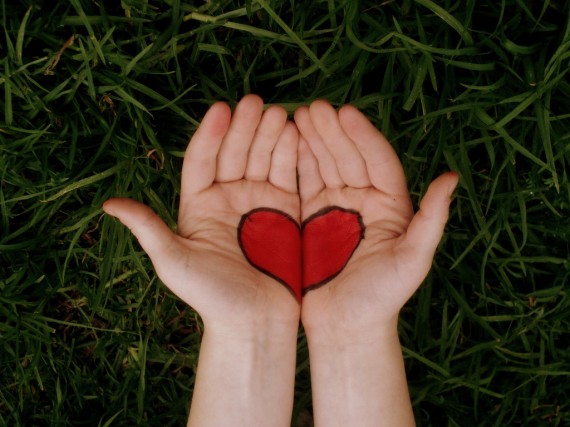 Eugene Robinson has a column out today about  the mini-controversy that arose after Monday’s debate when Ron Paul was asked about the fate of an uninsured man needing medical care in a libertarian society:

In Paul’s vision of America, “our neighbors, our friends, our churches” would choose to assume the man’s care — with government bearing no responsibility and playing no role.

According to the Gospel of Matthew, Jesus told the Pharisees that God commands us to “love thy neighbor as thyself.” There is no asterisk making this obligation null and void if circumstances require its fulfillment via government.

Of course, there is no addition to Christ’s statement along  the lines of “therefore, thy must support massive government spending programs,” either. Being compassionate, loving thy neighbor, and providing assistance to people in need through no fault of their own are all good things about which there is, I would submit very little disagreement. The fact that Americans are among the most charitable persons on the planet, not only on behalf of people in need within their own borders, but also victims of tragedy and circumstances in other parts of the world. The mid-80s Ethiopian famine, the 2004 Indonesian tsunami, last year’s earthquake in Haiti, and this year’s earthquake in Japan were all followed by examples of private charity by American citizens toward people that they’d never met. It’s an admirable thing to say the least.

Robinson, though, doesn’t see it that way. For him, the only compassion that matters, is the “compassion” that comes when government decides to take Peters money and give it to Paul:

Government is more than a machine for collecting and spending money, more than an instrument of war, a book of laws or a shield to guarantee and protect individual rights. Government is also an expression of our collective values and aspirations. There’s a reason the Constitution begins “We the people . . .” rather than “We the unconnected individuals who couldn’t care less about one another . . . .”

I believe the Republican candidates’ pinched, crabby view of government’s nature and role is immoral. I believe the fact that poverty has risen sharply over the past decade — as shown by new census data — while the richest Americans have seen their incomes soar is unacceptable. I believe that writing off whole classes of citizens — the long-term unemployed whose skills are becoming out of date, thousands of former offenders who have paid their debt to society, millions of low-income youth ill-served by inadequate schools — is unconscionable.

Perhaps there are situations where only government action can address a situation. In this country, we’ve more or less got a social compact that accepts the existence of a basic safety net for the indigent that enjoys wide popular support. However, Robinson wants to go further than that, his basic argument that the only charity that matters is government “charity” and that opposing government action to “help” the poor is equivalent to hoping that they die. This is, with all due respect to Robinson, an utterly ridiculous example of the kind of close-minded thinking one sees far too often from political pundits. Agreeing that the poor should be helped is where the compassion comes in. Disagreeing about how that should be done does not make one uncompassionate, and it’s both insulting and stupid for Robinson to argue otherwise. The fact that someone opposes the latest government program that will supposedly help the poor, leaving out the fact that there is a long history of such programs not helping the poor at all, does not make that person uncompassionate. Finally, bringing Christ into the mix is simply absurd, because there’s not a word in the New Testament that tells us how the poor are to be helped, or that it must come from the state. Bringing up the words of Matthew was little more than Robinson’s cheap attempt to insinuate that anyone who disagrees with him isn’t really a Christian.

Reasonable people can disagree over whether or not voluntary charity would be sufficient.  It’s a mistake, however, to classify coerced ‘giving’ as “compassion,” and downright bizarre to accuse those of us who would rely more upon genuine compassion – evidenced by people giving from the goodness of their hearts rather than from a desire to avoid imprisonment – as endorsing a society without compassion.

Paul Krugman is also out with a column about this today, and his take on the matters is, no surprisingly, similar to Robinson’s:

In the past, conservatives accepted the need for a government-provided safety net on humanitarian grounds. Don’t take it from me, take it from Friedrich Hayek, the conservative intellectual hero, who specifically declared in “The Road to Serfdom” his support for “a comprehensive system of social insurance” to protect citizens against “the common hazards of life,” and singled out health in particular.

Given the agreed-upon desirability of protecting citizens against the worst, the question then became one of costs and benefits — and health care was one of those areas where even conservatives used to be willing to accept government intervention in the name of compassion, given the clear evidence that covering the uninsured would not, in fact, cost very much money. As many observers have pointed out, the Obama health care plan was largely based on past Republican plans, and is virtually identical to Mitt Romney’s health reform in Massachusetts.

Now, however, compassion is out of fashion — indeed, lack of compassion has become a matter of principle, at least among the G.O.P.’s base.

And what this means is that modern conservatism is actually a deeply radical movement, one that is hostile to the kind of society we’ve had for the past three generations — that is, a society that, acting through the government, tries to mitigate some of the “common hazards of life” through such programs as Social Security, unemployment insurance, Medicare and Medicaid.

I don’t consider myself a conservative, so Krugman’s attacks on the movement mean little to me. However, it’s worth noting that Krugman makes the same mistake in assuming that Ron Paul is a conservative when it’s fairly obvious that his philosophy is firmly rooted in libertarianism.

In any event, Krugman’s error is as egregious as Robinson’s, and just as unsurprising. Compassion for the poor and needy does not require one to support government programs that are supposed to help them. In fact, to the extent that those programs have been shown to actually harm the poor more than it hurts them, such as the devastating critique of 70s-era welfare programs laid out by Charles Murray in his groundbreaking book Losing Ground

then I would submit that compassion requires one to oppose those programs and advocate for their repeal or reform. There is no compassion, I would submit, in creating generation after generation of dependency on government. Leaving aside the cost of such policies, the dependency itself has a demonstrable negative impact on the people it is supposed to help, primarily because it’s not the state that human beings were ever meant to live in.

Why, then, can’t Robinson and Krugman see that compassion exists even if one doesn’t advocate and support more and more government. The answer, I think, lies in the fact that what we’re really talking about here is a fundamental divide in American politics:

One of the biggest challenges of the Left-Right debate about the proper size and scope of government is that we are, in some fundamental sense, not speaking the same language as the Left — and because Big Government basically won the 20th century, the language of the Left has been internalized to a certain extent by all of us. In a world where the reflexive response is to equate government with society, folks may quite literally lack the vocabulary to understand conservative principles.

From my perspective, I would submit that we’re dealing with something that’s more complicated than a divide between left and right, conservative and liberal. There are nuances in between these two philosophies that encompass entire schools of thought, which makes the entire “left/right divide” talk far too simplistic. However, I think it’s fairly true that the left has come to view compassion as something that can only really be exercised collectively through the government, and that anyone who doesn’t support those policies lacks compassion. It’s a false dichotomy, and it leads to the kind of demonization that Robinson and Krugman have displayed today.