You’ve Thanked Us Plenty for Our Service

My latest for RealClearDefense, "The Forgotten Veterans of Desert Storm," has posted. The headline belies the argument. 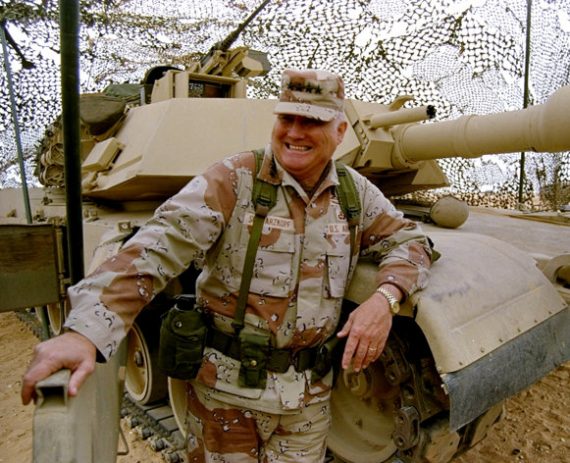 My latest for RealClearDefense, “The Forgotten Veterans of Desert Storm,” has posted. The headline belies the argument:

The 25th anniversary of America’s victory in Operation Desert Storm passed without much fanfare on Sunday, February 28. Much to the chagrin of some of my fellow veterans of that conflict, the Pentagon held no official observance. Having gotten more than our fair share of accolades at the time, I’m not sure more are owed to us now.

A Washington Post feature reports that many, like Scott Stump, president of the National Desert Storm War Memorial Association, are “fuming” over the snub.  Fred Wellman, a board member of the organization, complained, “We are ignoring one of the greatest military victories in world history that was led by the U.S. because it’s ‘just another anniversary’?”

I would note that the Pentagon is rather busy these days. Unlike the peacetime/Cold War military that I joined, which had gone 17 years without a major combat operation between our withdrawal from Vietnam and our entry into the Gulf War, we’ve been on more-or-less constant war footing since. In addition to the wars in Afghanistan and Iraq, there have been more than half a dozen major interventions into civil conflicts, the fight against the Islamic State, and seemingly endless drone strikes and special operations raids against terrorist targets around the world.  Stopping to recognize what in hindsight was a relatively minor event is not the highest priority.

But, oh, what a priority is was back in 1991. In six short weeks of fighting—and only a one hundred hour ground war—we managed to not only push Saddam Hussein’s forces out of Kuwait, but also roll back the Vietnam malaise. Indeed, President George H.W. Bush giddily proclaimed a “New World Order” that would be policed by an America that not only had its confidence back but was able to lead a grand coalition that even including our longtime Soviet adversaries.