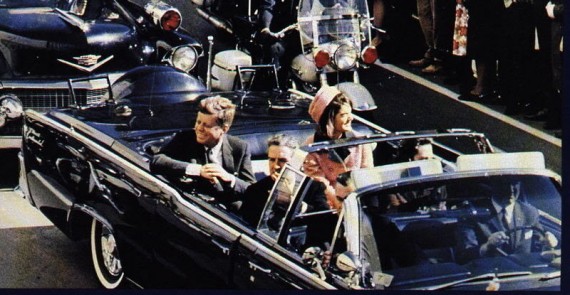 Ann Althouse posed a hypothetical for her readers yesterday:

Assume JFK was not assassinated. Now, beginning with the 1964 election and continuing up to 2012, name the candidates for President and Vice President in both parties and who would have won. Fill in with reasons why this happened.

As with Lincoln, the assassination of JFK has always been a favorite turning point for “alt history” fans and authors. Indeed, Stephen King wrote a book on the subject that was published last year which I recommend to anyone interested in that kind of fiction. With the vast social changes that began to occur just years after he died that day in Dallas, and the Vietnam War and all of its consequences, the question of what Kennedy might have done differently is a rich, rich ground for “what if?” questions. Several years ago, a group of former Kennedy (and Johnson) advisers got together and tried to speculate how Kennedy might have handled the situations that Johnson faced with regard to Vietnam. It resulted in a book called Virtual JFK that is both a brutal reassessment of the Johnson Administration’s policies and a warning for future interventions in foreign lands. The general conclusion always has been that, had JFK lived, we would not have had the Vietnam War, a conclusion that (as I note below) may be based more on the myth of Camelot than reality.

Nonetheless, it’s no doubt clear that many things would have been different had Kennedy lived, so lets speculate what the world would’ve been based, at least in part, on Althouse’s hypothetical.

The 1964 Election — I don’t think that there would have been many differences here from the way things actually turned out. Kennedy would have obviously run for re-election and, while there might have been some discussion inside the closed circle of his close advisers about dumping picking a different Vice-Presidential running mate, Johnson would’ve been in the Veep slot. On the Republican side, virtually nothing would’ve been different. Goldwater was already talking about running in 1963 and the organization that would get him the Republican nomination was already being formed. There may have been some discussion among Republican insiders about setting up a Kennedy/Nixon rematch, but the Goldwater wave was too powerful resist in our 1964 and it would’ve been too powerful to resist then. In his later years, Goldwater used to talk a lot about him and Kennedy campaigning together Lincoln-Douglas style, but I doubt that would’ve happened. It would’ve been a tough campaign, although I don’t think JFK would’ve done something like the Daisy ad. In the end, Kennedy would’ve won re-election, perhaps by as wide a margin as Johnson did over Goldwater. However, the first signs of the Republican takeover of the South would be put in place for the future.

A Vietnam Interlude — The biggest question here is what Kennedy would’ve done with regard to Vietnam. Virtual JFK posits one theory which, while plausible on some points, seems  to leave out the consideration of several crucial facts. It cannot be forgotten that Kennedy continued the policies that had started in the Eisenhower Administration. Additionally, just weeks before his own assassination, he authorized the coup that resulted in the arrest and assassination of Ngo Dinh Diem, the President of South Vietnam.  There are many historians who argue that, form that point forward, the United States had committed itself irrevocably to the political future of South Vietnam, for better or worse. While Kennedy might not have gone all-in as quickly and eagerly as Johnson did, there are really no credible signs that he was inclined to decrease the nation’s commitments in Southeast Asia (although many assassination conspiracy theories claim that he was) or that he would have not responded to increased pressure from the Communist regime in North Vietnam. So, while we may not have had an LBJ style war in Vietnam (or maybe we would have), there seems to e to be no question that America would have had some kind of military commitment in South Vietnam in the mid-to-late 1960s. Whether it would have been sufficient enough to inspire the anti-war movement and the other cultural changes of the 1960s is a far more complicated question.

A Civil Rights Interlude — The other major question post-1964 is the Civil Rights Movement. As many historians have noted, Kennedy sometimes kept the Civil Rights Movement at arms length. For example, there was no official Presidential recognition of the 1963 March on Washington. So, we have to ask ourselves. How aggressive would he have been in pushing for things like the Civil Rights Act of 1964 or the Voting Rights Act? As a Southern Democrat, Lyndon Johnson had a certain amount of freedom in taking on the Southern Democrats who were opposed to legislation like this, and perhaps as Vice-President he would have been able to run damage control for Kennedy during these battles. I think the legislation still would’ve passed, but it would’ve been a very different fight.

The 1968 Election — This is where things get interesting, of course. Kennedy can’t run for re-election thanks to the 22nd Amendment. Johnson would’ve been 60 at this point and likely would be the favorite for the nomination depending on the state of the economy and, of course, what actually happened in Vietnam. Absent a massive anti-war movement, McCarthy and McGovern would’ve had no base at all inside the party. Hubert Humphrey likely would be a candidate, but it seems unlikely that Bobby Kennedy would have challenged a sitting Vice-President, especially if he had stayed on as Attorney General for the full eight years of the Kennedy Administration. So, most likely, the nomination would’ve been Johnson’s almost by default. On the Republican side, Nixon would still seem to be a front-runner if he chose to run but, absent the fully Vietnam disaster, it’s possible that George Romney might have had a far more successful campaign. Ronald Reagan ran that year as well, but I don’t see him winning mostly because the GOP would still be feeling burned by the Goldwater defeat. So, in the end, I think Nixon gets the nomination. A Nixon-Johnson race? That would’ve been epic, and the outcome would depend on too many variables to speculate on. However, let’s assume that the final year of the Kennedy Administration would’ve found America in better shape than the final year of the Johnson Administration did and give this one to LBJ and his Vice-Presidential nominee Hubert Humphrey. Nixon’s VP pick? That’s a wild guess because I don’t think it would’ve been Agnew under this scenario.

The 1972 Election — Lyndon Johnson died on January 22, 1973 and was in poor health long before then. In fact, he had experienced a massive heart attack in April 1972 after which it was determined that his heart and coronary arteries were  far too damaged for surgery. If he hadn’t been incapacitated under the provisions of the 25th Amendment, I doubt he would’ve been physically capable of running for re-election in any event. That pretty much would’ve handed the nomination to Vice-President (or perhaps Acting President) Hubert Humphrey. (Yes I know it’s possible that he might not have gotten in to poor health like he did after 1968, but LBJ had already had one heart attack in 1955 and was on track for another) On the Republican side, Ronald Reagan would be making a comeback after his 1968 bid and would win the nomination. For his running mate, he’d be looking at moderate. Nelson Rockefeller, William Scranton, George Romney, and one of these could’ve been an appropriate pick for him under this scenario. Reagan v. Humphrey would’ve been the most ideological election since 1964, but I think it would’ve turned out differently this time. The oil shocks of the early 70s still would’ve happened, and would have sent the economy into a tailspin, and the incumbent party would’ve been blamed for that.  Reagan/Romney defeats Humphrey/(Bobby) Kennedy.

After this, we’re a decade past our “what if” moment and things start to become a little murky because it’s hard to decide how history might have gone differently. There may have been political actors who took the stage that we’ve never really considered. The Cold War could’ve gone much worse, or much better. Any number of things could’ve happened. Nonetheless. here are a few quick guesses:

I’m going to stop there. By 1992 we’re 30 years past the “what if” date and any speculation on candidates and victors would be pure speculation even less based in fact than the guesses I made for 1976 through 1988.

In any event, feel free to speculate on your own. Because until we figure out how to travel to alternate realities, there’s no such thing as a wrong guess here.