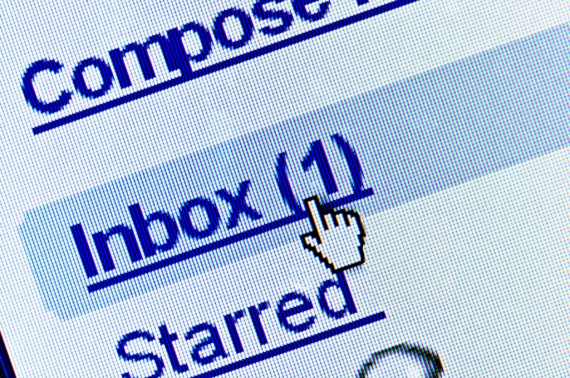 WASHINGTON (AP) – Some of President Barack Obama’s political appointees, including the secretary for Health and Human Services, are using secret government email accounts they say are necessary to prevent their inboxes from being overwhelmed with unwanted messages, according to a review by The Associated Press.

The scope of using the secret accounts across government remains a mystery: Most U.S. agencies have failed to turn over lists of political appointees’ email addresses, which the AP sought under the Freedom of Information Act more than three months ago. The Labor Department initially asked the AP to pay more than $1 million for its email addresses.

The AP asked for the addresses following last year’s disclosures that the former administrator of the Environmental Protection Agency had used separate email accounts at work. The practice is separate from officials who use personal, non-government email accounts for work, which generally is discouraged – but often happens anyway – due to laws requiring that most federal records be preserved.

The secret email accounts complicate an agency’s legal responsibilities to find and turn over emails in response to congressional or internal investigations, civil lawsuits or public records requests because employees assigned to compile such responses would necessarily need to know about the accounts to search them. Secret accounts also drive perceptions that government officials are trying to hide actions or decisions.

“What happens when that person doesn’t work there anymore? He leaves and someone makes a request (to review emails) in two years,” said Kel McClanahan, executive director of National Security Counselors, an open government group. “Who’s going to know to search the other accounts? You would hope that agencies doing this would keep a list of aliases in a desk drawer, but you know that isn’t happening.”

Agencies where the AP so far has identified secret addresses, including the Labor Department and HHS, said maintaining non-public email accounts allows senior officials to keep separate their internal messages with agency employees from emails they exchange with the public. They also said public and non-public accounts are always searched in response to official requests and the records are provided as necessary.

The AP couldn’t independently verify the practice. It searched hundreds of pages of government emails previously released under the open records law and found only one instance of a published email with a secret address: an email from Labor Department spokesman Carl Fillichio to 34 coworkers in 2010 was turned over to an advocacy group, Americans for Limited Government. It included as one recipient the non-public address for Seth D. Harris, currently the acting labor secretary, who maintains at least three separate email accounts.

Google can’t find any reference on the Internet to the secret address for HHS Secretary Kathleen Sebelius. Congressional oversight committees told the AP they were unfamiliar with the non-public government addresses identified so far by the AP.

Ten agencies have not yet turned over lists of email addresses, including the Environmental Protection Agency; the Pentagon; and the departments of Veterans Affairs, Transportation, Treasury, Justice, Housing and Urban Development, Homeland Security, Commerce and Agriculture. All have said they are working on a response to the AP.

As the article notes, this practice is different from the problem that has arisen at both the state and federal levels in recent years of public officials using private email accounts to conduct official business. This becomes a problem because it is often seen, and indeed may well be, as an effort to get around the laws that require all official communications to be archived. At the Federal level, the applicable law is the Presidential Records Act, which requires all official communications and other documents that are produced by the Executive Branch to be archived and, at the end of a given President’s time in office, turned over to the National Archives for proper archiving. When employees use personal email to conduct official business, they break the chain and make it far more difficult for proper records to be maintained. Indeed, use of a private email address likely means that the communications will remain secret.

In this particular case, there are two issues. The first one is whether these “secret” email addresses will themselves end up being covered by the Executive Branch’s archiving procedures. As the article notes, if an Executive Branch appointee or employee who has one of these accounts leaves, what guarantee is there that anyone is going to be aware of the existence of this “secret” account and make sure that it is properly archived. Similarly, as the article notes, the existence “secret” email accounts raises the possibility that information that ought to be subject to a Freedom of Information Act request or a subpoena will be missed.

On some level, I can understanding the reason why top level officials might want a second email address for their communications. Cutting down communications to only the most important email is something that everyone who uses email has struggled with for several years now. I’m even willing to accept that there’s nothing nefarious about what’s going on here. However, it raises too many questions too be acceptable and, politically, it’s yet another nail in the coffin that is President Obama’s campaign promise to have a “transparent” Administration.