Biden To Democratic Base: “Stop Whining”

Vice-President Biden has a message for the Democratic base --- stop complaining and just support us already. 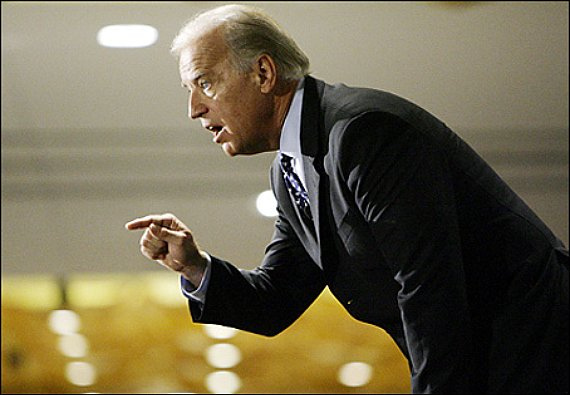 The always outspoken Vice-President had some blunt words yesterday for the President’s critics on the left:

Vice President Joe Biden stoked a firestorm of liberal discontent with President Barack Obama on Monday – demanding that the Democratic base “stop whining” and start fighting Republicans instead of the White House.

Biden, speaking at a frozen yogurt plant in New Hampshire, said he wanted to “remind our base constituency to stop whining and get out there and look at the alternatives. This President has done an incredible job. He’s kept his promises.”

The comments echo Obama’s own recent calls to demobilized Democrats to slough off their apathy – and their disappointment in him – and gear up ahead of the midterms, when Democrats are facing devastating losses.

Biden’s comments weren’t premeditated and reflect Biden’s shoot-from-the-lip style, officials said. But that matters little to a Democratic base grown somnambulant and frustrated with the president’s willingness to accept ugly, if productive, compromises on the stimulus, Wall Street reform and health care.

Judging from the initial reaction to Biden’s remarks in Manchester, the base is plenty fired up – and ready to go.

One Democratic operative gasped when told of Biden’s remarks and wondered “why they would pick a fight with the base” five weeks before a midterm election that will hinge on turnout.

“It’s idiotic is what it is,” says Daily Kos founder Markos Moulitsas, one of Obama’s most pointed critics on the left. “If Democrats, with the White House and Congressional super-majorities, had delivered on what they had promised, and if people had jobs, no one would be whining. They have reaped what they sowed. They haven’t delivered on what they’ve promised — and instead of making the case as to why they would do if they are reelected, they are insulting people.

The reaction from the rest of the lefty blogosphere is similar. Blue Texan at Firedoglake notes that Biden’s rhetoric isn’t exactly the kind of thing that motivates people like him to get out and work for the Democrats:

I know you’re obviously doing focus groups on this stuff somewhere, but I’ve got to tell you. I’m your target customer and trust me — you’re badly missing the mark.

Just so we’re clear, here are a few examples of messages that don’t appeal to me at all.

And none of these phrases motivate me to want to vote, canvass, give money, phone bank, blog, you know, generally take time away from putting food on my family to pull the lever for Democrats in November.

Taylor Marsh sees Democrats throwing away the one group of voters they absolutely need in November:

The White House has no other plan or case to make, but to say the Democratic base better snap to attention and “wake up.” But at least they’ve got one thing right. It isn’t an “academic exercise” and there isn’t one person who doesn’t know it. That’s simply how pissed off people are at Pres. Obama and the Democratic incompetence, which has been in full display, most recently when they ducked on middle class tax cuts.

Ask Independents how they feel, who are now the largest voting block, beating out both Democrats and Republicans, but are now leaning Right.

I’d suggest the Obama White House try a little humility, especially considering movement progressives were right about health care, the stimulus, tax cuts, DADT, Afghanistan, but also since the latest anti privacy move is basically what any Republican would do, but Mr. Obama doesn’t do humble.

It speaks volumes that Democrats don’t get the reason the base is unengaged is because, contrary to what Joe Biden has been saying, along with Robert Gibbs and even Pres. Obama, promises have not been kept.

After this latest rant from V.P. Biden I ask again, what reason are Democrats giving you to vote for them?

The entitlement and arrogance coming from the Obama White House, but also the tone deafness, smacks of political egotism.

It’s a funny thing about power. Unfortunately, Pres. Obama and the White House think the way to use it is by insulting people they absolutely need in November. Given the mood out there they better regroup and do so quickly, because the current plan is going to backfire big time.

The thing is, I can’t for the life of me understand what the White House thinks it gains by continually poking the base – the people who actually vote in mid-term elections – only five weeks before the election. Are they trying to convince the rest of Democrats – you know, the people who don’t vote in mid-terms – that if they did vote, they should vote for Democrats because the people concerned about the state of the party, and the nation, are “whiners”?

The White House’s strategy here is rather puzzling. While the criticism of perfectionists on the left may be justified on some level, the idea of publicly criticizing the most energetic part of your base, which started in August with Robert Gibbs going off against the so-called “professional left,” doesn’t strike me as a smart move in an election year when one of the main reasons your party is likely to lose big is because your own supporters are disheartened and likely to stay home from the polls.

Part of what’s going on here, of course, is that we’re seeing internal Democratic Party arguments made public. Different factions of the party see disaster looming in November, and they’re already staking out positions for the inevitable blame game that will follow. The left will argue that the party lost because the Administration didn’t adhere to it’s progressive agenda. The Administration and the party apparatus will argue that progressive sniping demoralized the base and kept people home on Election Day. It’s the same argument Republicans went through after 2006 and 2008, and we’re likely to see a few heads roll before it’s resolved. 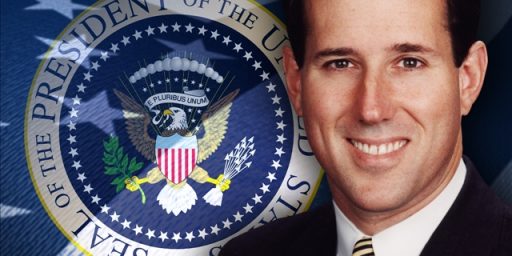