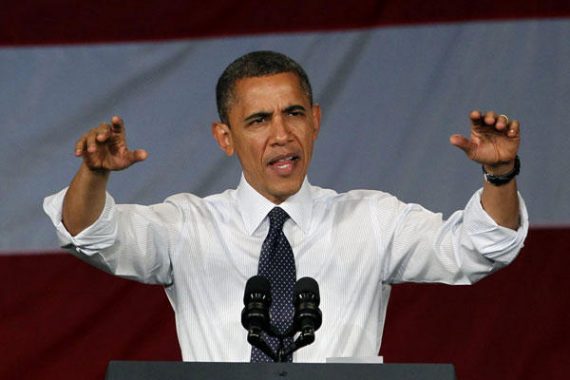 Buzzfeed’s Zeke Miller reports that many of President Obama’s recent big dollar fundraisers have included a requirement that attendees surrender their cell phones:

In the latest attempt to crack down on potentially embarrassing digital leaks from presidential fundraisers, President Barack Obama’s campaign has begun asking donors attending small fundraisers with the president to turn over their cell phones before entering.

Pool reporter David Nakamura of the Washington Post reported that at a $35,800 a head fundraiser at the home of Blackstone COO Hamilton “Tony” James in New York City Monday night, the 60 attendees were asked to place their phones in plastic bags by the door.

An Obama aide called the move it “standard operating procedure,” but veterans of a range of other campaigns said they’d never heard of the practice, which is common in secure White House spaces where there are concerns of espionage, but unknown in contexts in which only political secrets are discussed. The new prevalence of sophisticated audio and recording capacities in mobile devices owned by virtually anyone wealthy enough to write a check to a political campaign, however, has put a new pressure on campaigns concerned with staying on a public message.

The fundraising sessions are one of the last vestige of privacy for the president outside of the White House, and a rare opportunity for top donors to hear relatively unscripted remarks by the most powerful man in the world, and to ask him questions. Obama’s prepared remarks at the events are open press and covered by a small group of reporters, but the “press pool” is escorted out of the room before the Q&A period.

At Romney fundraisers, attendees are greeted to signs of “Please, no audio or video recording,” and like Obama events, larger fundraisers are open to reporters; a Romney spokesperson, however, told BuzzFeed that their campaign allows donors to keep their phones during fundraisers.

On at least one level, one can understand why a campaign might have this kind of policy. Four years ago, a surreptious recording of remarks made by Obama at a private fundraiser in San Francisco — where he described Pennsylvanians as ‘bitterly clinging to guns and religion’ — caused Obama serious problems in the Pennsyvania primary and breathed new life into Hillary Clinton’s campaign at a time when it was clearly flailing. Then, in April 2010, a San Francisco Chronicle  reporter used her smartphone to record video of several pro-gay hecklers interrupting Obama at a private DNC fundraiser for Barbara Boxer. In an era where phones can only only take pictures, but also record audio and video and post the same to the Internet within minutes, it’s not surprising that campaigns would start clamping down on the technology at events intended to be private. 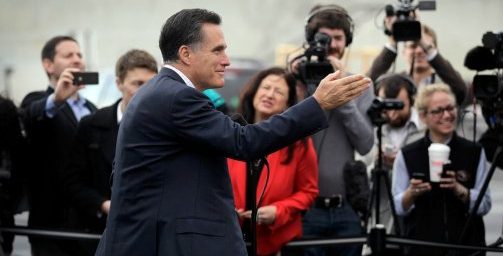