Tyler Cowen points me to an interesting discussion on the subject “Why So Few D.C. Residents Are Married.”

While Pew’s D’Vera Cohn attributes this to D.C. residents getting married later than those in any state,  Hess argues that an overlooked factor is that D.C. has the nation’s highest concentration of homosexuals, who are not permitted to marry.

Newsweek blogger Katie Connolly retorts that “Both those explanations are plausible, but they give the data short shrift.”  Instead, she thinks the answer lies in the “nature of race and class in D.C.”

Anyone who’s lived in D.C. is aware of the city’s dirty secret: it essentially operates under an unwritten form of apartheid. In general, affluent, college-educated white folks with decent, steady incomes are clustered in the northwest quadrant. Their needs are serviced by a massive underclass, consisting largely of underprivileged immigrants, African-Americans, and Hispanics, that inhabits the remaining three quarters. Visitors to the city rarely glimpse this side of the city because there’s little reason to venture beyond the fancy hotels, restaurants, and attractions.

But only around a third of D.C.’s population is white. African-Americans make up 56 percent of the population, and marriage rates among African-Americans have been steadily dropping since the 1960s. The last census found that just 36 percent of African American women were married, down from 62 percent in 1950. Marriage rates for white women also declined over the same period, but only from 66 percent to 57 percent. A large proportion of D.C.’s African-American community is low income or underemployed, both of which are often indicators of low marriage or high divorce rates.

All those explanations strike me as contributors to the puzzle.  All of them, though, miss one crucial issue:  Suburbanization.

The vast majority of those of us who work in the District actually live in Virginia or Maryland.  Some even commute from as far away as West Virginia, Pennsylvania, or Delaware.   Those of us who are married — and especially those of us with children — are much more likely to be in that category.

If you’re young, single, and affluent, D.C. proper — or at least, a handful of gentrified neighborhoods therein — is a great place to live.  It’s not Manhattan but there’s a decent nightlife, a plethora of restaurants, and plenty of things to do.  But unless you’re very well off financially, you’ve either got a roommate, live in an incredibly small space, or both.  And there’s essentially no such thing as a single family home in the District.  (Note for non-urbanites:  A “single family home” is  a “house.”  In places like D.C., even wealthy people tend to live in condos or townhouses.) Let alone a yard.

Oh, and unless you can afford to send your kids to Sidwell Friends, the schools are simply awful.

UPDATE:   Commenter Ugh observes, “I think the problem here is treating the District of Columbia as a state, and then comparing it to real states, each of which is infinitely more rural than the District (even Rhode Island). A more proper comparison would be to the marriage rate in Baltimore proper, or San Francisco, or Oakland, or Manhattan, etc.”

Yes, that’s exactly right. The Pew piece footnotes that point and Connolly uses it as a throwaway line but it’s really important.  Indeed, it’s really another way of making my point about suburbanization:  The same is more or less true in most of our major urban centers but, since the unit of analysis for the other 50 entities is a whole state, the impact is different. 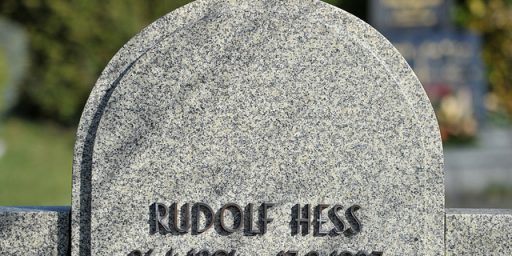