Iranian voters have re-elected Hassan Rouhani, a relative moderate whose election in 2013 was largely responsible for the shifts in policy that made the international agreement regarding Iran's nuclear research program possible. 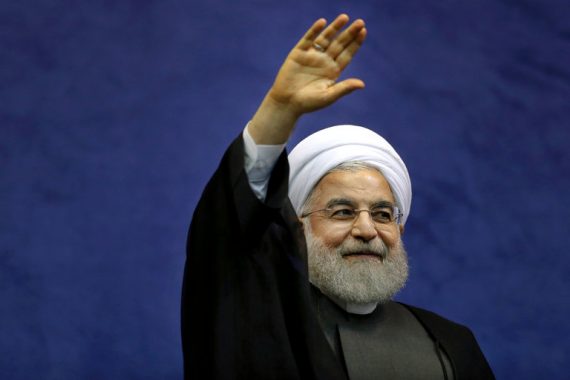 TEHRAN — Riding a large turnout from Iran’s urban middle classes, President Hassan Rouhani won re-election in a landslide on Saturday, giving him a mandate to continue his quest to expand personal freedoms and open Iran’s ailing economy to global investors.

Perhaps as important, analysts say, the resounding victory should enable him to strengthen the position of the moderate and reformist faction as the country prepares for the end of the rule of the 78-year-old supreme leader, Ayatollah Ali Khamenei.

Turnout was heavy, with more than 70 percent of Iran’s 56 million voters casting ballots.

Despite the healthy margin of victory, Mr. Rouhani, 68, will face considerable headwinds, both at home and abroad, as he embarks on his second term.

He badly needs to demonstrate progress on overhauling the moribund economy. While he accomplished his goal of reaching a nuclear agreement with the United States and Western powers in his first term, that has not translated into the economic revival he predicted because of lingering American sanctions.

He must also deal with an unpredictable and hawkish Trump administration that this week only reluctantly signed the sanctions waivers that are a central element of the nuclear agreement. At a summit meeting this weekend in Saudi Arabia between President Trump and leaders of predominantly Muslim countries, Iran was pointedly not invited.

The Trump administration’s national security officials are on record as considering Iran the source of most of the Middle East’s troubles, while the Republican-controlled Congress is not about to loosen the unilateral sanctions that are frightening off foreign banks and businesses.

Mr. Rouhani, who has managed to mend ties with the European Union, is undaunted, saying only last week that, “We will break all the sanctions against Iran.”

He has some cards to play with the United States. Iran provides crucial support to the government of Prime Minister Haider al-Abadi in Iraq — an American ally — and any effort to roll back Iranian influence there and in Syria could jeopardize efforts to retake the cities of Mosul and Raqqa from the Islamic State extremist group.

Mr. Raisi, a hard-line judge who leads one of the wealthiest religious foundations in the Middle East, campaigned as a corruption fighter and called on Iran to solve its economic problems without help from foreigners. He appealed primarily to poor and deeply religious Iranians, many of whom felt left out of Mr. Rouhani’s vision for the future.

While he was soundly beaten, analysts said Mr. Raisi fared well enough to maintain his status as a potential successor to Ayatollah Khamenei.

In defeating Mr. Raisi, Mr. Rouhani proved once again that Iran’s electorate prefers the moderate reformist path over the rigid ideology and harsh social restrictions favored by the conservative clergy and security establishment.

Despite controlling most unelected councils, the conservative clerics and Revolutionary Guard commanders — backed by state television — have suffered a string of political defeats, starting with Mr. Rouhani’s election in 2013. That led to direct talks with their archenemy, the United States, and ultimately to the nuclear deal, which they opposed. Then moderate and reformist candidates made strong gains in last year’s parliamentary elections.

While it doesn’t appear that the nuclear deal was a direct issue in the campaign between Rouhani and Raisi, it certainly seems to have played a role on the sidelines since it was fairly clear that the more conservative elements that he represented were at the very least skeptical of the deal from the beginning and remain so to this day. For the most part, though, it appears that the biggest issue in the campaign was the state of the Iranian economy and the extent to which Rouhani’s policies have helped it recover from the troubles it has suffered from for many years due in no small part to international sanctions related to both the country’s nuclear research program, its ballistic missile research program, and its sponsorship of terrorist organizations such as Hezbollah in Lebanon and Hamas in the Palestinian territories. The completion of the nuclear weapons deal, of course, has resulted in the lifting of many of the most severe sanctions and that has resulted in many international companies, including American corporations, seeking to do business in the Islamic Republic, and that should have a positive impact on the economy. The other sanctions, though, remain in place and are unlikely to change unless and until there is some kind of agreement between Iran and other world powers as well as changes in policy by the Iranian government.

Rouhani’s re-election, of course, doesn’t necessarily mean that Iran suddenly not a concern for peace and security in the Middle East, of course. For one thing, while Rouhani does wield considerable power as President, the ultimate authority in the country remains Ayatollah Ali Khamenei, the top religious figure who has ruled as “Supreme Leader” since the death of the Islamic Republic’s founder Ayatollah Khomeini died in 1989. In that position, his is the voice of final authority in the country and, indeed, it is unlikely that the nuclear deal would have been reached without his approval notwithstanding the support of Rouhani and his Foreign Minister. Khamenei has been rumored to be ill for many years, though, and there has already been considerable attention paid to the question of how might replace him when he dies. Currently, one of the top candidates is the candidate that Rouhani faced in the Presidential election, Ebrahim Raisi. Eventually, then, it may turn out that Raisi will end up being Rouhani’s superior.

For the time being, though, Rouhani’s re-election should be seen as mostly a good sign out of Iran. It guarantees that the nation will continue to honor the terms of a nuclear deal that has, so far, proven to be enough of a success that even a harsh critic of the deal such as President  Donald Trump has decided to scale back on campaign promises to back out of the deal, and instead has gone forward with the scheduled additional scaling back of sanctions called for under the agreement. It also stands as a victory for the more moderate and progressive forces inside Iran that had been sidelined during the controversial Presidency of Mahmoud Ahmadinejad, a man who made an effort to seemingly create as bad a relationship as possible between Iran and western powers such as the United States, Germany, and the United Kingdom. Additionally, it opens the possibility of progress on other international issues that Iran is involved in, especially if it would result in the lifting of other sanctions that would benefit the Iranian economy. At the same time, of course, it’s important to remember that Iran remains a thorn in the side of the United States and its allies in many respects. It continues to support the regime of Bashar Assad and provide it with aid in its war against rebels backed by the United States and other western nations. And, of course, it continues to back terrorist organizations such as Hezbollah and Hamas. Additionally, Rouhani’s time in office has also been marked by an expansion of Iranian influence across the Middle East that has become a concern to Saudi Arabia and the Persian Gulf states such as Kuwait, Qatar, Bahrain, and the United Arab Emirates that the United States counts as allies. On balance, though, Rouhani’s re-election is a hopeful sign that more moderate forces may be on the rise in Iran, and that’s a good thing. 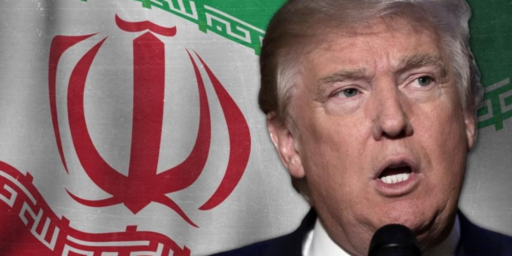