Most Americans think Justice Kavanaugh was at least partly deceptive in his response to allegations made by Christine Blasey Ford and other women. 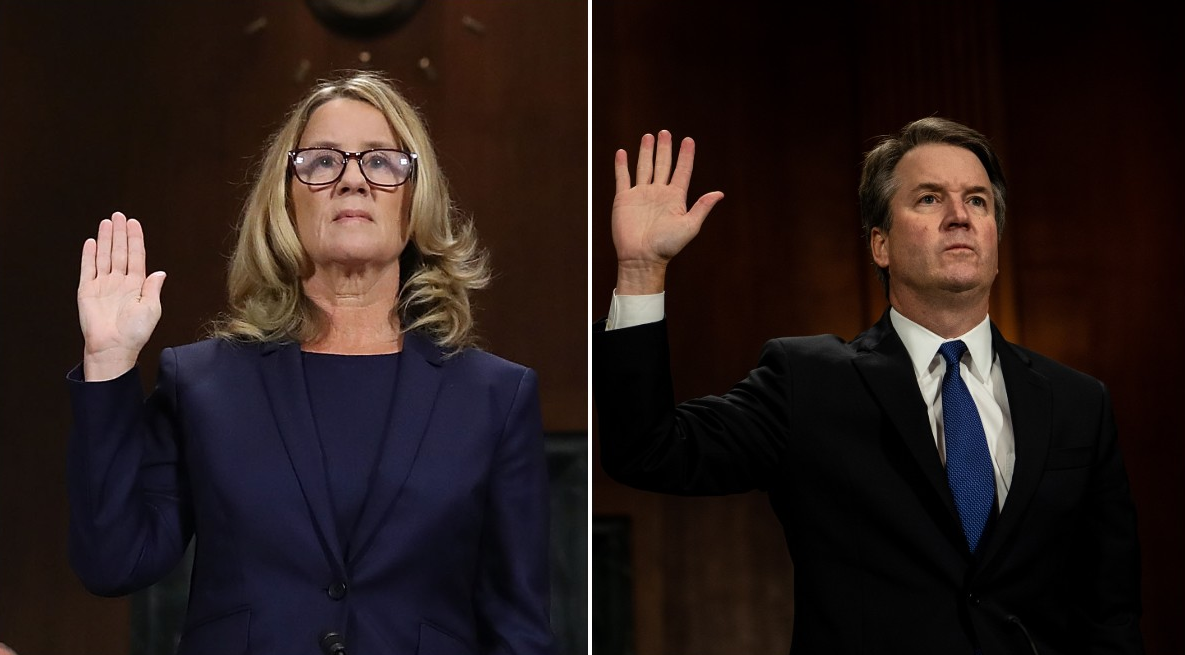 A new poll finds that just one-quarter of Americans believe that Justice Brett Kavanaugh was being truthful in his denials regarding the charges made by Christine Blasey Ford and other women during the course of his confirmation hearing last month:

Just 1 in 4 people thinks Brett Kavanaugh was completely honest when he heatedly rebuffed charges of sexual assault and heavy drinking during his Supreme Court confirmation hearing, and Republicans and Democrats hold starkly divergent views of whether his sworn testimony to senators was credible, a poll released Friday showed.

The Associated Press-NORC Center for Public Affairs Research survey also found that the public was unimpressed by how major players handled the extraordinary battle, which culminated Oct. 6 in a near party-line confirmation of Kavanaugh by an exhausted Senate. President Donald Trump, Senate Republicans and Democrats and the FBI each earned approval from a third or less of the poll’s respondents.

Overall, the survey provides detail about how a deeply polarized nation regards the conduct and outcome of the searing Kavanaugh battle, just weeks before Nov. 6 midterm elections in which GOP control of the House and perhaps the Senate are at stake. Republicans hope partisan tensions heightened by the fight will drive conservative voters to the polls to counteract the white-hot enthusiasm already shown by Democrats motivated by their antipathy toward Trump.

Thirty-nine percent said they believe Kavanaugh was mostly honest but hiding something when he testified last month before the Senate Judiciary Committee, the drama’s most unforgettable day. Another 31 percent said he was largely lying, and 25 percent said he was totally truthful. A combative Kavanaugh denied California college professor Christine Blasey Ford’s testimony to the panel that he sexually assaulted her at a 1980s high school gathering when they were teenagers, and he rebutted classmates’ descriptions of him as a heavy drinker.

A breakdown of how people answered that question shows how stances over the bitter confirmation battle are deeply colored by people’s political allegiances and less so by gender.

Six in 10 Republicans, including roughly even proportions of men and women, said they think Kavanaugh was entirely truthful when he appeared before the Judiciary panel.

Fewer than 1 in 10 Democrats, men and women, said they think Kavanaugh was fully candid during his appearance. Just over half said he was mostly lying while the rest said he was largely truthful but was hiding something.

“It’s just the way he presented himself, the way he answered questions. He was so defensive,” said Barbara Heath, a 60-year-old Democrat and former factory worker from Springfield, Ohio. “To me, he was covering up a lot of things.”

Forty percent of all men approve of Kavanaugh’s elevation to the high court, while only 30 percent of women do. Yet party identification washes much of that difference away: Around three-quarters of Republican men and women favor Kavanaugh’s confirmation, a view shared by only about 1 in 10 Democrats of both genders.

Americans are about evenly divided over whether the Judiciary panel treated Kavanaugh fairly. In contrast, 42 percent thought the committee was unfair to Ford while 30 percent said it was fair to her. Nearly two-thirds of college-educated women said Ford was treated unfairly, a potentially damaging finding for House Republicans defending competitive suburban districts in next month’s elections.

In addition to these findings, the poll also finds that the same number of Americans, roughly one-quarter, approve of the role that the President, Senate Republicans, and Senate Democrats played in the Kavanaugh nomination process and the controversy over the charges raised by Dr. Blasey Ford and others against Justice Kavanaugh. The Federal Bureau of Investigation also didn’t fair very well with regard to its handling of the Kavanaugh matter, with just one-third of respondents approving of the way the Bureau handled its investigation of the allegations against Kavanaugh. A similar number of people say that they have “a lot” of confidence in the Supreme Court in the wake of the Kavanaugh allegations, with the rest saying that they have some or hardly any confidence in the Court. Finally, roughly 80% of Democrats and 60% of Republicans say that a Supreme Court nominee’s personal history and character should be considered important in evaluating their fitness for confirmation.\

While this poll is arguably academic given the fact that Kavanaugh is on the Supreme Court and will most likely be there for the next three decades or so, the numbers are interesting in light of the upcoming midterm elections. These numbers suggest that voters may be inclined to teach Republicans a lesson at the ballot box. That very well may be the case, but the poll also explains why the President and Republicans are likely to do their best to keep the controversy stoked by the confirmation battle and the accusations that were made against Kavanaugh in the news. As much as the general public opposes the nomination, Republicans in general support it and see Justice Kavanaugh as the victim of an unfair political hit job. This is one of the reasons why the past three weeks have seen a significant increase in Republican base enthusiasm to vote in November to the point where the two parties are basically equal in that number. If the GOP can keep that enthusiasm going, then they may be able to stem the Democratic tide that some polls indicate may be approaching them. It may not save the Republican majority in the House, but it could make the difference in deciding whether or not Republicans maintain control of the Senate.