Your tax dollars should not be paying for this. 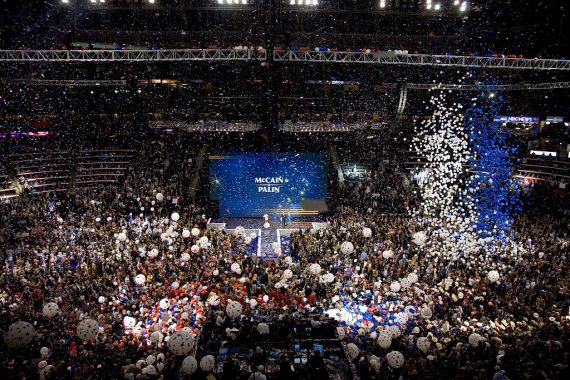 Oklahoma Senator Tom Coburn wants to end the subsidies that the Federal Government gives to the Republican and Democratic parties to put on their quadrennial political conventions:

Sen. Tom Coburn has written to the chairs of the RNC and DNC asking them to return their federal convention subsidies:

“Can we agree once and for all the party is over when it comes to travel and meetings paid for by the taxpayers?”

“These events will be weeklong parties paid for by taxpayers, much like the highly maligned GSA conference in Las Vegas.  At a time when confidence in Washington has dropped to all time lows and the federal debt is growing by more than $1 trillion a year, we need more than election year rhetoric and political posturing.  Taxpayers expect leadership demonstrated by action.”

“Surely our parties will respond by saying this money was given by taxpayers voluntarily for this purpose when they filed their tax returns. No one disputes that you are legally allowed to use these funds, but some may question whether using them this way is best for the country. To demonstrate that both of our parties are committed to fiscal discipline, it would be a great act of statesmanship to return these funds.”

These funds are paid through the Federal Election Commission and they’re essentially used to subsidize what has turned into a four-day party/political advertisement by each of the two major political parties. No other organized American political party recieves these funds, because the the standards are designed in such a way that only the Republicans and Democrats can qualify. Last year the Washington Examiner‘s Tim Carney took a look at how this money is spent:

The PECF money goes into the main bank accounts of the Democratic National Convention Committee and its GOP counterpart. For instance, in 2008, the DNCC’s $16.8 million budget came almost entirely from its $14.9 million check from the U.S. Treasury. So, taxpayers, covered the committee’s $26,000 bill at the Ritz Carlton and six-figure cost for housing convention staff, plus plenty more.

The Committee on Arrangements for the 2008 Republican National Convention also used its $14.9 million gift from taxpayers to defray hotel, housing, and travel costs, plus its $32,250 bill for “speech coaching services.”

The politicos are also allowed to buy booze on the taxpayers’ dime. Much of it is folded into “catering” or dining line items, but the DNCC’s 2008 expense reports shoes $75 at Paul’s Liquor in Denver and $208 at Golden Triangle Wine & Spirits. Republicans had at least six figures worth of catering and meals but nothing on their 2008 expense report is explicitly for alcohol. Instead they spent $87.50 for a subscription to the Wall Street Journal.

At $30 million, this is admittedly an incredibly small amount of money compared to the size of the Federal Budget, but if we can’t agree on cutting the small and ridiculous stuff like this then how are we going to be able to agree on the big stuff? There are plenty of line items in the budget like this that involve wasteful and improper uses of taxpayer dollars. To paraphrase one famous saying, $30 million here and $30 million there, soon we’re talking about real money. Moreover, fiscal responsibility isn’t the only reason to eliminate the PECF. There is something inherently wrong about the idea subsidizing what, in the end, is little more than one big party for party bigwigs, convention delegates, and reporters. Political party conventions haven’t had anything consequential about them since Adalai Stevenson threw the question of who his 1956 running mate should be to the floor and a young John F. Kennedy nearly beat Estes Kefauver. As far as I’m concerned, there’s nothing abut them worth watching outside of the speeches by the nominee and the running mate, and even those tend to get tiresome and pedantic. There’s absolutely no reason for the taxpayer to be paying for this.

Senator Coburn has the right idea. Which is precisely why it’s likely be ignored. 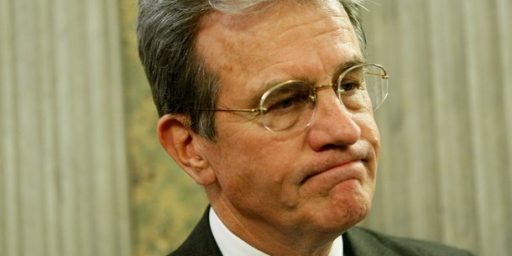