In November, Michigan voters will be able to make their state the tenth state to legalize marijuana. This is just the latest step in what seems to be an irreversible trend. 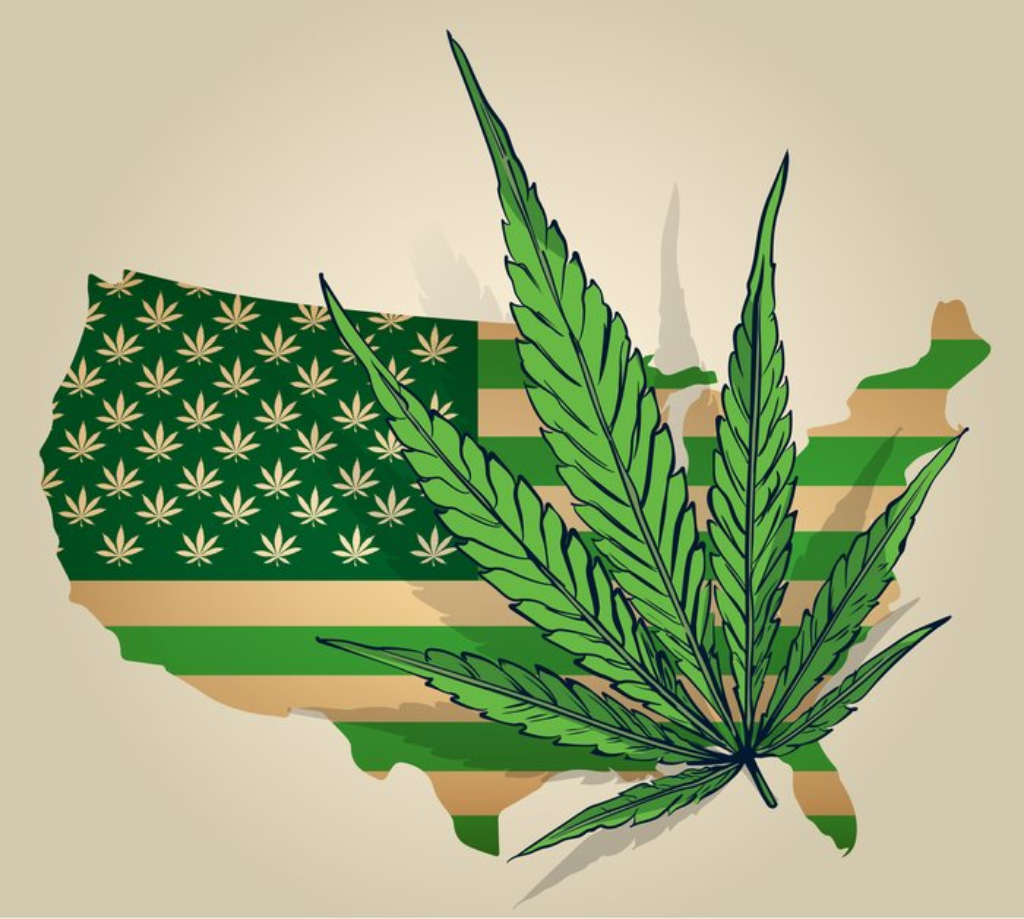 In the latest sign that the push to legalize marijuana is becoming more and more mainstream, CBS News reports that Michigan voters will get a chance to vote on marijuana legalization in November:

“The legislature could have acted to pass it immediately before it went on the ballot, but they just couldn’t get the support for it,” Kathy Gray, a political reporter for the Detroit Free Press, told CBS News. “We’ve got a Republican-controlled legislature and a Republican governor, and they just couldn’t get the votes to pass it before it got to the ballot.

Gray also said that the issue had the potential to increase turnout at the polls, but warned that opponents of the measure would not hesitate to take steps to prevent the measure from succeeding.

“I think that there will be a well-funded opposition campaign before we get into November,” said Gray.

The issue of the extent to which turnout in Michigan could be impacted by the presences of the legalization initiative on the ballot is important due to the fact that there were will be several statewide officers on the ballot that could be impacted by who turns out to vote on Election Day. Most importantly perhaps is the fact that the state will be electing a new Governor and Lt. Governor, a new Attorney General, and holding statewide legislative elections, there will also be a Senate Election in which Senator Debbie Stabenow will be seeking her fourth term in office. The Governor’s race is wide open since Rick Snyder, who was first elected in 2010 during the Republican wave election, is term-limited, and the state’s Republican Attorney General is running for the Republican nomination for Governor so that seat is open as well. If the marijuana initiative brings people to the polls, it could go a long way toward determining if Republicans hold onto these seats as well as the state legislature. As for the Senate race, Stabenow seems to be on a clear path to re-election regardless of who her Republican opponent is, with the Cook Political Report, Rothenberg Report, and Larry Sabato’s Crystal Ball all listing the state as either “likely” or “solidly” Democratic.

The news about the ballot initiative in Michigan came the day after Vermont officially became the ninth state to legalize marijuana:

Recreational marijuana became legal in Vermont on Sunday as a bill authorizing its use went into effect. The state was the first to legalize the recreational use of the substance by an act of a state legislature, and the law allows adults to possess up to 1 ounce of marijuana, two mature and four immature plants.

Gov. Phil Scott signed the bill into law in private with “mixed emotions” in January. In 2017 he vetoed an earlier version of the law, citing practical concerns. Both chambers of the state legislature passed the revised version in January.

The law contains no mechanism for the taxation or sale of marijuana, although the Legislature is expected to develop such a system.

Vermont residents held celebrations on Sunday to mark the beginning of legalization, CBS affiliate WCAX-TV reported. Heady Vermont, a group that advocates for legalization, hosted a celebration in Johnson, Vermont, on private property.

“It’s not smoking weed as much as is celebrating our ability to be able to do that, our ability to grow these plants, and more importantly the professionals to come out with open conversations and move away from the stigma,” Keith Morris, owner of the farm where the event was held, told WCAX.

All of this comes at a time when support for legalization seems to be reaching something like the steamroller that saw same-sex marriage quickly become legal across the United States during the earlier part of this decade. The most recent poll on the issue, for example, showed that nearly two-thirds of Americans support marijuana legalization, the latest high in a series of polls that stretch back to the early 2010s which clearly indicate that the American people are quickly becoming more acceptive of legal recreational marijuana. This support now stretches across all demographic groups, including Republicans, conservatives, and older voters who tend to be more conservative on social issues than younger voters. While it’s entirely possible that support could dip at some point in the future, the more likely outcome is that public support for legalization will only continue to grow in the years to come.

As public support for legalization has increased, the movement toward liberalizing the laws regulating marijuana, including outright legalization, has also moved steadily forward. It all started, of course, in 2010 when Colorado and Washington became the first states to legalize cannabis for recreational use through citizen initiatives on the November ballot that year. Four years later, there were similar referenda passed in Oregon, Alaska, and the District of Columbia. In 2016 the movement gained even more steam thanks to the passage of legalization ballot measures in California, Massachusetts, Nevada, and Maine while voters in a number of other states approved legalization for medicinal purposes. 2018 has seen similar progress on this issue at the state level. For example, January was the biggest month yet for the legalization movement given the fact that the most populated state in the nation, California, officially legalized marijuana based on the 2016 referendum. Additionally, it appears as though New Jersey will soon join Vermont in becoming the second state to legalize marijuana through the legislature. More recently, former Speaker of the House John Boehner has announced that he’s changed his mind on the issue of legalization and joined the board of a company that grows and sells cannabis in states where it is legal for either medical or recreational purposes. Meanwhile, in Congress, Senate Minority Leader Chuck Schumer introduced a bill that would give states freedom to set their own marijuana laws free from Federal control and to protect the citizens of those states from being charged with Federal crimes if they are acting in accordance with state law.

Furthermore, as this map from Wikipedia shows, the laws regarding marijuana have been liberalized to at least some extent in virtually every state in the country: 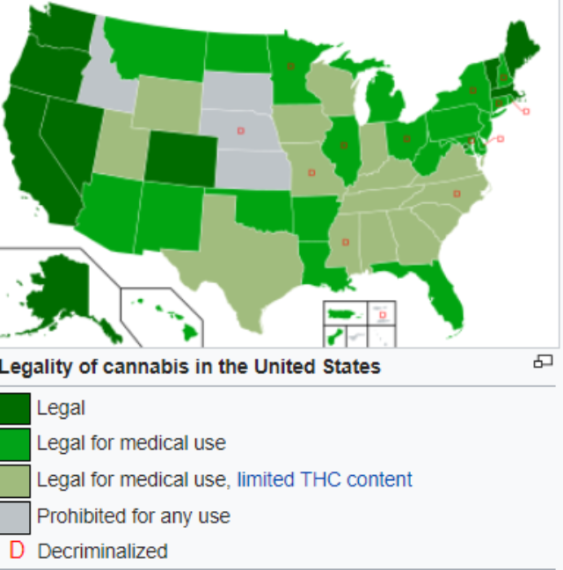