Mitch Daniels, the candidate of George Will and a host of mainstream Republicans hoping for something better in 2012, has announced he will not be running for president in 2012. 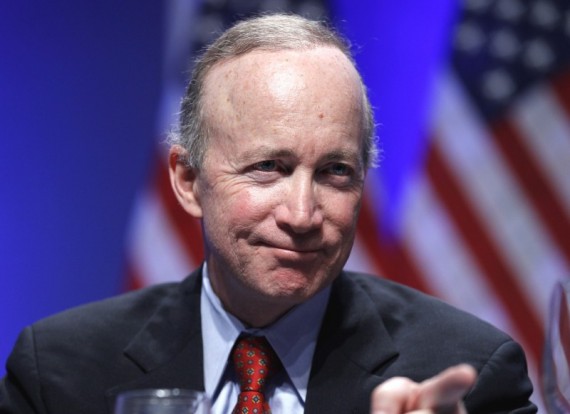 Mitch Daniels, the candidate of George Will and a host of mainstream Republicans hoping for something better in 2012, has announced he will not be running for president in 2012.

Indiana Gov. Mitch Daniels won’t seek the 2012 Republican presidential nomination, a decision that could well throw the field open to other late entrants.

“In the end, I was able to resolve every competing consideration but one, but that, the interests and wishes of my family, is the most important consideration of all,” Daniels said in a statement emailed to supporters early Sunday morning. “If I have disappointed you, I will always be sorry.”

Daniels’ decision not to run ends months of public speculation about his interest in the race in which he went from entirely uninterested to a man on the verge of a national bid.

And, it almost certainly means that an already wide-open race for the GOP nomination in 2012 will become even more so in the coming weeks.

Of late, there seemed to be a sort of rallying around Daniels from the political establishment with people like House Speaker John Boehnerand New Jersey Gov. Chris Christie praising his record as governor. Mississippi Gov. Haley Barbour, a one-time 2012 aspirant himself, urged Daniels to make the race.

Daniels’ appeal was as a sober voice of reason in a party that had been dominated by sideshows — like the potential candidacy of businessmanDonald Trump — in the early days of the 2012 election.

A former head of the Office of Management and Budget under President George W. Bush, Daniels ran for (and won) the Indiana governorship in 2004 by running as a straight-talking populist. He was re-elected four years later despite the fact that President Obama carried the Hoosier State.

Even as the presidential speculation reached a fever pitch, however, Daniels remained a a man divided. His family — his wife, Cheri, and his their four daughters — were publicly opposed to the race.

And, as he more seriously considered the contest, Daniels’ personal life took center stage — in particular the fact that he and his wife had divorced in the 1990s only to remarry years later.

In the end, those family concerns seemed to trump the encouragement Daniels was receiving from within the GOP. Daniels is the third GOP candidate to bow out of the race in the past eight days. Trump as well as former Arkansas governor Mike Huckabee said no to the contest during that time frame.

With Daniels now out of the running, there is likely to be a renewed effort by some to encourage the likes of Christie, who has risen to national prominence thanks to his tough-talking style in New Jersey, to reconsider his past refusals to run.

Other potential candidates, too, may look at the race again — sensing the same opportunity that Daniels did for a message focused on debt and spending.

Can you blame him?

That’s the first thought I had when two of Gov. Mitch Daniels’ closest advisers walked into The Indianapolis Star on Saturday night and announced, in the most melancholy way possible, that their man Mitch would not run for president.

They handed a few of us a five-paragraph statement, closing the door on a 2012 campaign — a statement personally written by Daniels and dripping with the sentiment of a man who desperately wanted to mix it up on the national stage. More than half of it, in fact, focused on issues he’d like to see addressed by presidential candidates. As Mark Lubbers, one of the advisers and one of Daniels’ oldest friends, said: “He wanted to do it.”

But, Lubbers added, Daniels is a veteran of two White Houses. From that vantage point, “he’s seen what it does to the person and the family.” And the statement Daniels had released Saturday to The Star insisted the decision came down to, as many had long predicted it would, his family’s resistance to a White House campaign.

“Simply put,” Daniels wrote, “I find myself caught between two duties. I love my country; I love my family more.” The women in his life, he said, referring to his wife and daughters, vetoed the idea of a run, “and there is no override provision.”

Still, it has to be a bitter pill.

His would have been an intriguing campaign and, as many politicos nationwide have said recently, and he would have added another much-needed adult voice to the 2012 conversation. As with anyone running for president, the odds would have been against him. Most people who run for the office, after all, don’t win. But the political landscape was laid out in Daniels’ favor — with a stunningly weak Republican field and an increased public concern about government spending, his core issue. Top GOP fundraisers and operatives have waited on the sidelines, hoping Daniels would enter the contest.

Outside Indiana, numerous top Democrats and Republicans have suggested in recent months that Daniels would be the Republican best suited to face President Barack Obama in the 2012 general election. In Indiana, Daniels has won strong support from independents and even Democrats who appreciate his willingness to tackle tough issues, even if they disagree with many of his policies.

He had a chance. But it would have been ugly. Presidential campaigns almost always are.

In recent weeks, attention had turned to the complicated history between the governor and first lady Cheri Daniels, which included a divorce and remarriage in the 1990s. The governor was clearly sensitive to the criticism of his wife, who had largely avoided the public spotlight. He provided a second statement Saturday insisting she had been involved in their young daughters’ lives while married to another man in the 1990s.

Regardless, this is 2011, and the political atmosphere in the heat of the national campaign will be nothing short of toxic. Partisans on both sides of the aisle and heavily funded political organizations do not blink at the idea of seizing any opportunity to attack a political rival. I thought about that recently after writing a column on Cheri Daniels’ speech to a group of Republicans. My voicemail the next day was filled with furious comments, and it would have gotten worse.

Moreover, Lubbers said, Daniels’ wife and daughters worried about security concerns and the life of a presidential family.

“You live in a fishbowl forever,” he said.

Indeed, sometime around the release of his statement announcing he wasn’t running, he released a statement about rumors surrounding his marriage:

It is important to correct some factually incorrect accounts about the time when our family was divided. When Cheri and I parted, the court agreed with my view that our daughters’ best interests would be served by their staying in Indiana. Cheri and I were granted joint custody. Within a short time, she purchased a residence just a few minutes from our house. Until we remarried, we shared custody fully, the girls dividing their time between the two homes.

The notion that Cheri ever did or would “abandon” her girls or parental duty is the reverse of the truth and absurd to anyone who knows her, as I do, to be the best mother any daughter ever had.

I haven’t paid enough attention to Mitch Daniels to know whether he’d make a good president but it would have been nice to see him make his case. But, under the circumstances, I can understand why it wasn’t worth it to him.

It’s long been cliché that the process drives out all the good candidates and that anyone who would willingly subject himself and his family to their process has proven he shouldn’t be president. Neither are quite true. We continue to get outstanding people to run for high office every cycle. But it’s surely true that we run off a large number of people who would otherwise like to serve and be good at it.

I haven’t the foggiest idea what to do about it. The cost of limiting free speech–let alone political speech–would be much higher than we’re paying in weakened fields. I’ve hoped for a while that the constant media saturation with scandals real and imagined would run its course, either by people losing interest in the constant gossip or simply coming to realize the quirkiness of the human experience and raising the bar on what they consider scandalous.Thus far, alas, it hasn’t happened.

Maybe we’ll come to the point, as our European cousins did long ago, where we stop expecting our political leaders to also serve as spiritual leaders. While personal foibles naturally color our judgment of a candidate’s character and fitness for office, and some conduct is sufficiently odious to be a disqualifier, the notion that every detail of their life –from longago bumps in their marriage to what kind of mustard they like–is our business is counterproductive. 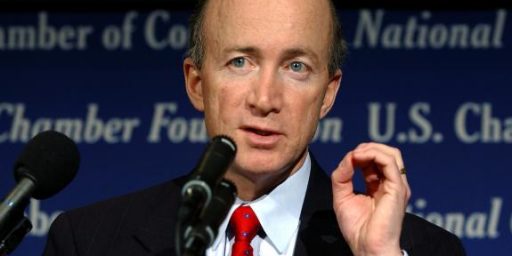 Spouses and Running for the Presidency