At least some of Mitt Romney''s investment money sits in offshore accounts in the Cayman Islands. Does it matter? 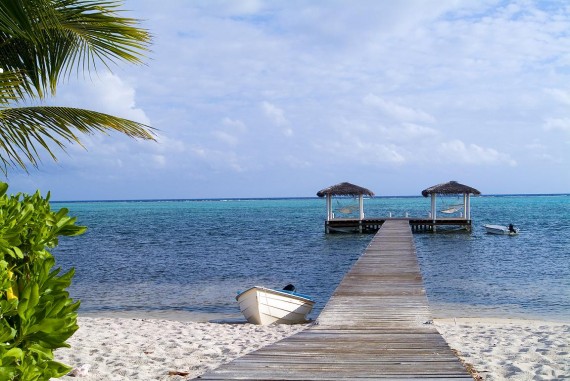 As if his tax returns weren’t already enough of a perception problem for him, ABC News reported last night that one of the embarrassing details in the returns is the fact that part of Mitt Romney’s continued investments in Bain Capital include money parked in accounts in Cayman Islands:

Although it is not apparent on his financial disclosure form, Mitt Romney has millions of dollars of his personal wealth in investment funds set up in the Cayman Islands, a notorious Caribbean tax haven.

A spokesperson for the Romney campaign says Romney follows all tax laws and he would pay the same in taxes regardless of where the funds are based.

As the race for the Republican nomination heats up, Mitt Romney is finding it increasingly difficult to maintain a shroud of secrecy around the details about his vast personal wealth, including, as ABC News has discovered, his investment in funds located offshore and his ability to pay a lower tax rate.

As one of the wealthiest candidates to run for president in recent times, Romney has used a variety of techniques to help minimize the taxes on his estimated $250 million fortune. In addition to paying the lower tax rate on his investment income, Romney has as much as $8 million invested in at least 12 funds listed on a Cayman Islands registry. Another investment, which Romney reports as being worth between $5 million and $25 million, shows up on securities records as having been domiciled in the Caymans.

Official documents reviewed by ABC News show that Bain Capital, the private equity partnership Romney once ran, has set up some 138 secretive offshore funds in the Caymans.

Romney campaign officials and those at Bain Capital tell ABC News that the purpose of setting up those accounts in the Cayman Islands is to help attract money from foreign investors, and that the accounts provide no tax advantage to American investors like Romney. Romney, the campaign said, has paid all U.S. taxes on income derived from those investments.

“The tax consequences to the Romneys are the very same whether the fund is domiciled here or another country,” a campaign official said in response to questions. “Gov. and Mrs. Romney have money invested in funds that the trustee has determined to be attractive investment opportunities, and those funds are domiciled wherever the fund sponsors happen to organize the funds.”

Bain officials called the decision to locate some funds offshore routine, and a benefit only to foreign investors who do not want to be subjected to U.S. taxes.

Tax experts agree that Romney remains subject to American taxes. But they say the offshore accounts have provided him — and Bain — with other potential financial benefits, such as higher management fees and greater foreign interest, all at the expense of the U.S. Treasury.

Even if it’s the case that Romney doesn’t receive any significant tax benefit from these offshoring maneuvers, it’s yet another problem for Romney related to money. Just like the 15% tax rate issue, there’s no allegation that he’s doing anything improper or illegal, but it all contributes to a perception of Romney that the Democrats will obviously try to play up when the General Election rolls around. The other problem for Romney is that it’s hard to explain what this is even all about. When most people hear “offshore accounts” they think tax dodgers and people hiding wealth and I’ll bet that’s the first thought that entered the minds of many people when this headline started appearing on the newswires last night. For Romney to explain this it’s going to take more than a sound bite, and it’s going to involve intricate details regarding foreign investments that are going to sound totally unfamiliar to the average voter, especially in an era when the economy is still weak and the jobs is still struggling to come back.

Steve Benen is obviously not a Mitt Romney fan, but I think the point he makes here is largely correct:

It doesn’t exactly help paint a picture of Romney as a “man of the people,” and it serves as a reminder of the importance of the tax returns the former governor is so eager to keep hidden. It now appears we have a Republican frontrunner who amassed a vast fortune after laying off thousands of American workers, wants to give himself another tax cut, owns multiple luxury homes, and stashes cash in the Caymans — all while pursuing an agenda that would make things tougher on American’s working class.

This is exactly the message you’ll be hearing from the Obama campaign and its surrogates during the General Election if Romney is the nominee, which is why Newt Gingrich is likely to jump on this as another questionable detail that should bring Mitt Romney’s electability into question. Of course, Gingrich has electability problems of his own but for conservatives looking to find someone to take down Mitt Romney this will all ring very true.

All of this is happening, of course, before Romney has even released his tax returns, which is yet another reason why he needs to release his returns and his financial disclosure forms sooner rather than later. National Review emphasized this point quite emphatically in an editorial published last night. Until he does that, the leaks and the questions will just continue and the reporters will not give up.

UPDATE (James Joyner): Not that it matters in terms of the optics questions Doug raises above, but Megan McArdle points out that there’s really no tax advantage to individuals in offshoring.

All of these things are true, but they do not add up to tax evasion, or even tax avoidance.  Corporations do not have to pay taxes on income unless they repatriate the money.  Individuals, however, do.   The quote sort of muddies the distinction–the returns, we’re told, could shed light on how “Romney and Bain” use offshore strategies to avoid taxes, but while I’m certainly not an international tax expert, from what I know, that the phrases “could shed light” and “and Bain” are doing a whole lot of work there.
As far as I know, there are only a few ways to “shelter” income offshore, and they usually look very much like “sheltering” income onshore–which is to say that we do not tax people on unrealized capital gains.  And for very good reason–just ask all the dotcommers with employee stock options who paid huge taxes to exercise those options, and then saw the value of those options fall to zero.  The IRS didn’t give them their money back, either.
[…]

The other way I know of to avoid taxes with an offshore strategy is to invest in a US corporation which doesn’t repatriate earnings, and therefore doesn’t pay taxes on this.  Any of you who invest in GE, UPS, or Apple are enjoying this sort of tax shelter, and if you sold some of the stock, I suppose it would be technically accurate to say that your tax returns shed light on whether “George and Apple use offshore strategies to avoid taxes”, but this would not really be a very interesting statement.  You still have to pay taxes if you want to get your hands on any of the money.
Most of the writing I’ve seen today about this seems to be confusing the Cayman’s role as an offshore tax haven, and its other role as a headquarters for hedge funds.  They are not entirely unrelated, but they are also not the same thing.  Cayman, and a lot of other islands, became tax havens because they wouldn’t tell your government if you had money there.  It’s not because there is some special tax break for investing there.

Again, I don’t know that any of this matters in terms of the politics. Ordinary folks don’t have offshore accounts. But this would seem to be neither illegal, immoral, or even taking advantage of a loophole in a way to avoid paying one’s “fair share.”
FILED UNDER: Campaign 2012, US Politics, Mitt Romney