On Faux Analysis of Biden’s Win

Arguments and analyses that are, well, turkeys.

A good example of the kind of faux-theorizing/questioning of data and electoral outcomes that inspired my previous post is a recent piece at The Federalist which Trump himself has touted on Twitter: 5 More Ways Joe Biden Magically Outperformed Election Norms. It is an example of a growing attempt to raise questions about Biden’s win by trying to appear data-driven. This is because I would argue, they have no actual evidence of malfeasance, so all they can do is the ever-popular raising of questions.

While I typically ignore The Federalist, the piece provides such an excellent run-down of nonsense and half-baked “analysis” that it is a good target for discussion. So, here are the five concerns laid out in the post.

Holy moly! A lot of Americans turned out for a Washington politician who’s been in office for nearly 50 years. Consider this: no incumbent president in nearly a century and a half has gained votes in a re-election campaign and still lost.

I have dealt with that one already.

The short version is: populations grow over time, so more voters. Plus, higher turnout means more voters as well. Put it together and what do you get? Records predictably being broken in a wholly normal pattern.

Also: it isn’t hard to gain votes as the incumbent and lose when you won election the first time whilst losing the popular vote by almost 3 million. Between that fact and popular growth, it would be expected that his absolute vote total would increase.

2. Winning Despite Losing Most Bellwether Counties

Biden is set to become the first president in 60 years to lose the states of Ohio and Florida on his way to election. For a century, these states have consistently predicted the national outcome, and they have been considered roughly representative of the American melting pot as a whole. Despite national polling giving Biden a lead in both states, he lost Ohio by eight points and Florida by more than three.

Even more unbelievably, Biden is on his way to winning the White House after having lost almost every historic bellwether county across the country.

This is the kind of thing that I suppose sounds smart to some, but the reality is that it isn’t. That certain locations have, over time, correlated with national outcomes doesn’t mean that they will continue to do so. Bellwether counties don’t cause national outcomes, they mirror them. Demographic shifts of various types can occur to change the alleged “bellwether” status of those states and counties.

Indeed, the whole notion of “bellwethers” is not especially helpful analytically and is more just the kinds of things that journalists like to glom onto every year. The fact that state X has voted for the winner for the last Y years is the kind of thing that is true up and until the moment that it no longer is.

And here’s more from BBC: US election results: Why the most accurate bellwether counties were wrong. The piece has some basic historical information on these counties and notes that increase partisan polarization and decreased split-ticket voting in a key component in the shift away from being bellwethers.

Experts say that while traditional bellwether counties are whiter and less educated than the national average, there’s no one element that unites them as political oracles.

“These counties, they’re not real representations of America,” says Mr Kreisberg of BlueLabs Analytics. “We call them bellwethers because there’s some fluke statistic, sometimes they are the right mix of different demographics. These are places that are demographically strong for Republicans in the abstract, but might have had something that kept them closer to 50-50.”

Whether or not these less diverse, industry-dependent communities can regain their bellwether status in four years’ time remains to be seen. As the country’s demographics shift and the rural-urban divide becomes more pronounced, the chances appear slim.

3. Biden Trailed Clinton Except in a Select Few Cities

Patrick Basham, a pollster with an accurate track record and the director of the Democracy Institute in D.C., highlighted two observations made by fellow colleagues, polling guru Richard Baris of Big Data Poll and election analyst Robert Barnes. Baris noted a statistical oddity from 2020’s election returns: “Biden underperformed Hillary Clinton in every major metro area around the country, save for Milwaukee, Detroit, Atlanta and Philadelphia.”

That would be a really interesting fact, if was, you know, true and all.

Via USAT from about a week ago: Fact check: Joe Biden outperformed Hillary Clinton in most major metro areas.

USA TODAY aggregated official 2016 voting data and unofficial 2020 voting data from the country’s 10 largest cities — or the counties in which they’re located, if data by city was not available — plus Detroit, Milwaukee and Fulton County, where Atlanta is located. Biden received more votes than Clinton in 10 of those 13 locations. All data was aggregated Nov. 18.

According to unofficial counts, Biden outperformed Clinton in:

He also outperformed the 2016 presidential candidate in the counties that include:

and Atlanta (+84,093 votes) are located, according to their unofficial counts.

The three cities where Biden appears to have underperformed Clinton are New York, Los Angeles and Detroit, one of the cities in which the post lists Biden as allegedly overperforming.

And, of course, CA and especially NY are still counting. Indeed we can’t make these comparisons with certainty until all the votes are in and we can compare complete, certified results to complete., certified results. (One suspects that at least some of this kind of “analysis” has been based on incomplete returns).

Randy DeSoto noted in The Western Journal that “Donald Trump was pretty much the only incumbent president in U.S. history to lose his re-election while his own party gained seats in the House of Representatives.” Now that’s a Biden miracle!

The sub-heading is misleading, as Democrats didn’t lose “everywhere else,” although, they did lose House seats. Historically, this is unusual. And, quite frankly it will not be possible to fully analyze exactly what happened until the final House votes are all tallied.

I would note that gerrymandering is part of this, as is the massive Democratic wins in the House in 2018 where Democrats overperformed in a number of races, meaning that taking them back in 2020 was likely. There is also the weird fact of Trump’s 2016 win being such a large popular vote/electoral vote inversion, which would influence patterns of this nature.

In the past, primary vote totals have been remarkably accurate in predicting general election winners. Political analyst David Chapman highlighted three historical facts before the election.

Third, Trump set a record for most primary votes received by an incumbent when more than 18 million people turned out for him in 2020 (the previous record, held by Bill Clinton, was half that number). For Biden to prevail in the general election, despite Trump’s historic support in the primaries, turns a century’s worth of prior election data on its head.

Joe Biden achieved the impossible. It’s interesting that many more journalists aren’t pointing that out.

To which I can only say: none of that matters.

While it may be true that “no incumbent who has received 75 percent of the total primary vote has lost re-election” it is also true that since more incumbents win re-election than don’t, this stat is skewed. We are also talking about a very small universe of cases to begin with (not all presidential elections, historically, also had primaries) and the relevant universe is even smaller (the current system has only been in place since 1972, which is when primaries started to directly link up to nomination–so only 13 total cycles and only 4 of those were cases of incumbents winning). There simply isn’t enough data to find hard and fast patterns.

This is especially hilarious, “Trump is only one of five incumbents since 1912 to receive more than 90 percent of the primary vote” because the primaries in 1912 were not binding in any way and were only held in 13 states. Moreover, it was before women could vote. It is in no way a useful data point to compare to 2020. This is just a monumentally silly comparison.

The entire notion that the enthusiasm of the incumbent’s party during the nomination process (and/or the lack of significant challengers during the primary) is directly related to the national popular vote totals is, well, ridiculous.

In general this piece is an example of growing genre of “proof” that there is something fishy about Biden’s win, and therefore enough to conclude there was fraud. Trump and his allies are spouting it right and left at the moment. It is all nonsense masquerading as data analysis. And the costume is not well made. 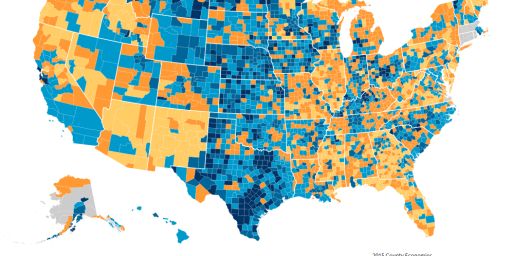