The This Too Shall Pass Edition OTB Caption ContestTM is now over.

The This Too Shall Pass Edition OTB Caption ContestTM is now over. 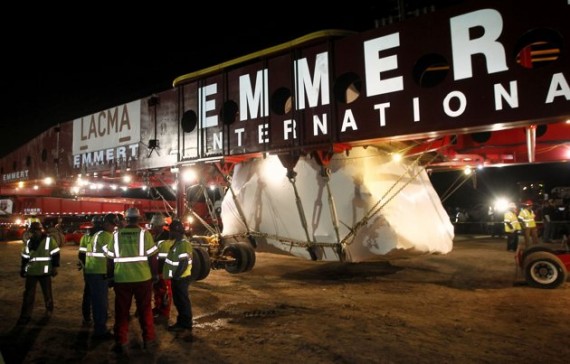 Second: Gromitt Gunn – If you aren’t planning on carrying that rock to term, Ms. Emmer, you’re going to have to have a transaxle ultrasound.

Third: Jenos Idanian – Most people agreed that the LA crack dealers’ tribute to Whitney Houston was in poor taste…

Herb – Funded by the NEAKickstarter.

David – A number of ticket holders were a little disappointed in the Big Rock show.

John Burgess – “Is that the elephant in the room being taken out for disposal?”

ASPCA has offered a pet rock to place on Mitt’s car roof instead of his pet dog.

“We lifted it up and out crawled Gingrich.”

Igneous is bliss, but don’t take it for granite

The Ironman Competition had nothing on the Sisyphus Challenge.

Christo’s been at it again.

If God had used Congress to write the Ten Commandments in 8-point font, this would’ve been the delivered media.

The Thursday Contest was hoping for Cheese Nachos instead.