The Anticipation Far Exceeded The Actual Event Edition OTB Caption ContestTM is now over. Look for the contest to return July 29th.

The Anticipation Far Exceeded The Actual Event Edition OTB Caption ContestTM is now over. Look for the contest to return July 29th. 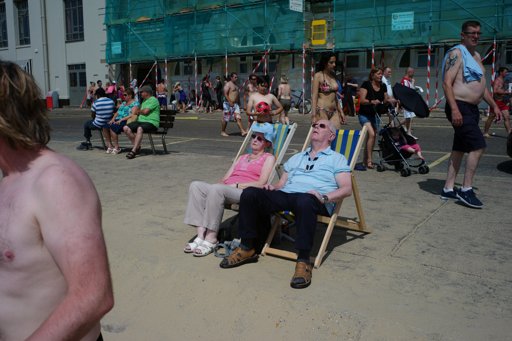 Third: jd – Climatologists at the beach hate to move their chairs more than once.

He who must not be named – The international rage over the Zimmerman verdict continues as tens of thousands gather in Bournemouth.

Robert W. Armijo – Just moments after this photo was taken outside St. Mary’s Hospital where the birth of the next heir apparent is expected at any moment, this innocent looking couple were arrested by Scotland Yard under suspicion of being Anglophiles.

John425 – Seniors use solar power to recharge their Prius seats.

Niels – Waldo’s Mom finally got him to change his shirt.

Sitting in the front row of the Willie Nelson concert is to take one’s life in one’s hands.

The honey badger cares more than this.

The Thursday Contest has already read ‘My Pet GLoat.’