The Santa Central Edition OTB Caption ContestTM is now over.

The Santa Central Edition OTB Caption ContestTM is now over. 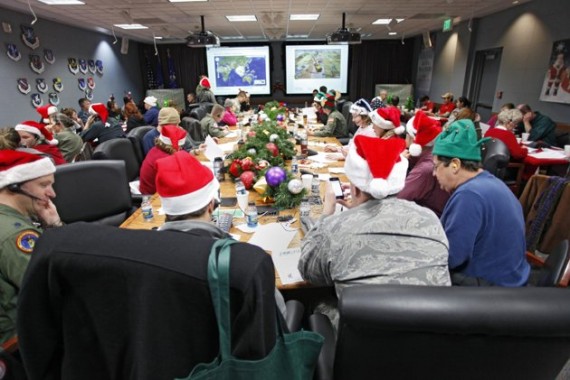 First: JKB – That’s the problem with everything these days, too many Santas and not enough elves.

Third: David – Which one of you secret Santas wrapped up the predator drone? BEST PRESENT EVER!!!

Linton – Oh, you meant a War BY Christmas not a a War ON Christmas.

Doug Mataconis – On second thought, calling everyone into the White House Situation Room during the annual Christmas Party may not have been a good idea.

Dazedandconfused – “We must not allow a Reindeer Gap!”

“Yes, I tell you… coming down the chimney is a terrorist attack!”

The Story behind the assassination of Osama bin Ladin continues to unfold.

The Thursday Contest has already been castigated by Ralph Nader.