A victory for the proponents of Voter ID Laws in Pennsylvania. 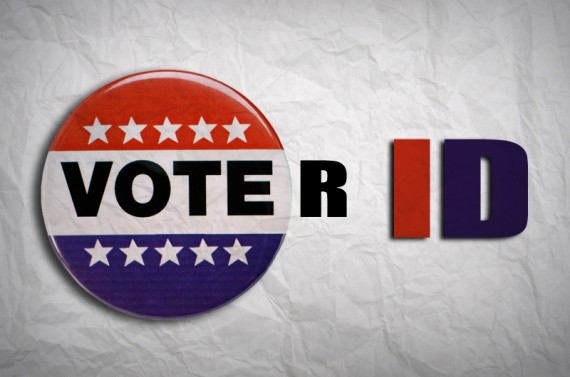 After a trial that lasted nearly two week, a Pennsylvania state court Judge has upheld the Voter ID law passed last year by the state legislature which has been the subject of much controversy due to allegations that it would make it more difficult for some to vote:

HARRISBURG, Pa. — A tough new voter identification law championed by Republicans can take effect in Pennsylvania for November’s presidential election, a judge ruled Wednesday, despite a torrent of criticism that it will suppress votes among President Barack Obama’s supporters and make it harder for the elderly, disabled, poor and young adults to vote.

Commonwealth Court Judge Robert Simpson said he would not grant an injunction that would have halted the law, which requires each voter to show a valid photo ID. Opponents are expected to file an appeal within a day or two to the state Supreme Court as the Nov. 6 election looms.

“We’re not done, it’s not over,” said Witold J. Walczak, an American Civil Liberties Union lawyer who helped argue the case for the plaintiffs. “It’s why they make appeals courts.”

The Republican-penned law — which passed over the objections of Democrats — has ignited a furious debate over voting rights as Pennsylvania is poised to play a key role in deciding the presidential contest. Plaintiffs, including a 93-year-old woman who recalled marching with Martin Luther King Jr. in 1960, had asked Simpson to block the law from taking effect in this year’s election as part of a wider challenge to its constitutionality.

Republicans defend the law as necessary to protect the integrity of the election. But Democrats say the law will make it harder for people who lack ID for valid reasons to vote.

Opponents portray the law as a partisan scheme to help the Republican challenger, former Massachusetts Gov. Mitt Romney, beat Obama. Their passionate objections were inflamed in June when the state’s Republican House leader boasted to a Republican gathering that the new photo ID requirement “is going to allow Gov. Romney to win the state” in November.

Simpson, a Republican, didn’t rule on the full merits of the case, only whether to grant a preliminary injunction stopping it from taking effect.

In his 70-page opinion, Simpson said the plaintiffs “did an excellent job of ‘putting a face’ to those burdened by the voter ID requirement,” but he said he didn’t have the luxury of deciding the case based on sympathy. Rather, he said he believed that state officials and agencies were actively resolving problems with the law and that they would carry it out in a “nonpartisan, even-handed manner.”

The law, he said, is neutral, nondiscriminatory and applies uniformly to all voters. Speculation about the potential problems in issuing valid photo IDs or confusion on Election Day did not warrant “invalidation of all lawful applications” of it, he wrote.

Plus, more harm would result from halting the law, he said.

“This is because the process of implementation in general, and of public outreach and education in particular, is much harder to start, or restart, than it is to stop,” Simpson wrote.

At the state Supreme Court, votes by four justices would be needed to overturn Simpson’s ruling. The high court is currently split between three Republicans and three Democrats following the recent suspension of Justice Joan Orie Melvin, a Republican who is fighting criminal corruption charges.

The original Republican rationale for the law — to prevent election fraud — played little role in the court case. Government lawyers acknowledged that they are “not aware of any incidents of in person voter fraud.” Instead, they insisted that lawmakers properly exercised their latitude to make election-related laws.

Republican Gov. Tom Corbett signed the law in March after every single Democratic lawmaker voted against it.

At issue is the requirement that all Pennsylvania voters produce a valid photo ID before their ballot can be counted, a substantial change from the law it was designed to replace. That law required identification only for people voting in a polling place for the first time and it allowed nonphoto documents such as a utility bill or bank statement.

Some of the people who sued say they will be unable to vote because they lack the necessary documents, including a birth certificate, to get a state photo ID, the most widely available of the IDs that are valid under the new law.

Rick Hasen of Election Law Blog has read through the opinion and shares these thoughts:

In essence, the judge determined the following: the new voter i.d. law is likely to affect more than 1% but significantly less than the alleged 9% of Pennsylvania voters who plaintiffs alleged lacked the i.d.  He thought it credible that state officials could get i.d.s into the hands of most voters who wanted them on election day. Many of the plaintiffs brought into the case to “put a face” on the case will have other means of voting, such as through absentee balloting. For those relatively few voters who will have significant difficulties getting voter id, and who cannot vote with an absentee ballot., they may well be entitled to an order, as applied to these voters only, barring the use of the id law as unconstitutional. Under the Supreme Court’s Crawford case (which is not strictly applicable in this case, decided under state law, but which is persuasive authority to the court), invalidating the law in the entire state is too broad of a remedy; the focus should be on those voters facing special burdens.

In terms of the state’s interests, the judge did acknowledge that some Republican legislators may have passed the law for partisan reasons, but he did not impute that intent to most legislators. In any case, following Crawford, the judge said the fact that there were also neutral justifications for the law, such as preserving election integrity, which justified the law regardless of partisan motivations. The judge acknowledged it was undisputed that Pa. had no evidence of a problem with impersonation voter fraud, the only kind of fraud which a voter id law can prevent. But again, following Crawford, the judge said proof of an actual problem is not required. Finally, the judge said that if he had to apply “strict scrutiny” to the case (he concluded he did not), he might have reached a different decision.

The ACLU, which brought the case, has already said that they would be appealing the case to the Pennsylvania Supreme Court. However, as noted, that Court is currently down to six members and a 3-3 split would mean that Judge Simpson’s ruling would stand. It’s also worth noting that this is not a final ruling on the merits of the law, but a ruling on the Plaintiffs’ requires for a Preliminary Injunction to prevent the law from going into effect before the November election. At this point, it seems unlikely, though, that the case would be able to be briefed and argued before the State Supreme Court, and an opinion issued, in sufficient time before the election for state authorities to proceed accordingly, Indeed, in his opinion Judge Simpson noted that state authorities would need to begin taking steps to plan for the election this month, and that placing the law on hold would constitute an undue burden on the state if it turned out that the law was valid later down the line. So, for all practical purposes, it would appear that the law will be in effect for the November elections, with the question being whether that would play to the electoral benefit of one party or the other.

There is, however, one thing that could happen that could prevent the law from being enforced:

In late July, the Justice Department began a formal investigation into whether the state’s requirement violates civil rights laws, saying the state had 30 days to provide the requested documents.

Pennsylvania is the first state outside of the areas covered by Section 5 of the Civil Rights Act designed to protect minorities in states with historic racial discrimination in voting, to be investigated. To date the Justice Department has already filed suit against two states: South Carolina and Texas. Officials are awaiting a ruling by a panel of federal judges in Washington, D.C., on a Texas case argued in early July. Judges have scheduled a hearing on the South Carolina case later this summer.

In all likelihood, the Dept. of Justice was waiting for the ruling in the state case to be handed down before deciding how to proceed. Now that the injunction has been denied, their hand has essentially been forced and they will have to make their decision sooner rather than later, otherwise they’re risking the possibility that a Federal Court that they’ve waited too long due to the fact that the election is now less than three months away.  Also, it’s worth noting that, in the post linked above, Rick Hasan states that he expects the Supreme Court of Pennsylvania to uphold the law, most likely by a 3-3 vote, and does not believe that a Justice Dept. attempt to get an injunction before November would be successful. Of course, both of those events will have to await an actual decision.

In any case, though, this was the first legal challenge to these new versions of Voter ID laws that has been decided on by a Court, and it was a clear victory for the proponents of the law. Next up should be the decisions to the Federal challenges to the laws in Texas and South Carolina, although both those cases will likely be appealed regardless of what the outcome is and are unlikely to be fully resolved before Election Day. For now, though, Voter ID proponents can count this as a victory.

FILED UNDER: Campaign 2012, Law and the Courts, US Politics, Pennsylvania, Voter ID laws