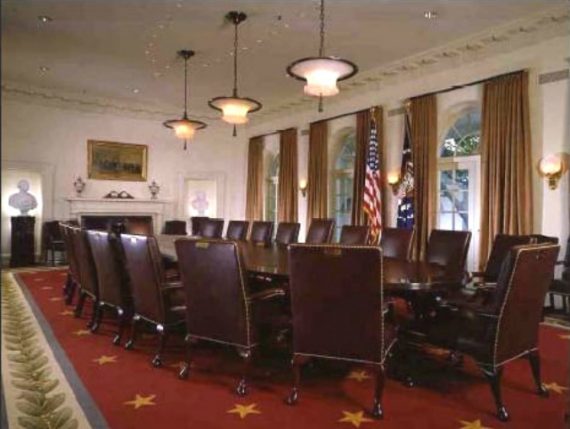 WASHINGTON — The Senate confirmed Steven T. Mnuchin, a former Goldman Sachs banker and Hollywood film financier, to be Treasury secretary on Monday, putting in place a key lieutenant to President Trump who will help drive the administration’s plans to overhaul the tax code, renegotiate trade deals around the world and remake financial regulations.

By a vote of 53 to 47, the Senate confirmed Mr. Mnuchin, who was Mr. Trump’s top campaign fund-raiser. During a long debate over Mr. Mnuchin’s credentials, Democrats argued that his experience on Wall Street exemplified corporate malpractice that led to the 2008 financial crisis.

The new Treasury secretary will have little time to celebrate. He will be under pressure to help finalize the Trump administration’s tax plan, accelerate the rollback regulations and raise the government’s borrowing limit. The administration has said it will release a comprehensive plan to rewrite the tax code in the coming weeks, and it will have to deal with the debt ceiling next month.

While Mr. Mnuchin’s financial acumen has been praised by Mr. Trump and Republicans in Congress, Democrats have argued forcefully that he is not up to the job. They have painted him as a symbol of everything that is wrong with corporate America.

“He was part of the cadre of corporate raiders that brought our economy to its knees,” Senator Robert Menendez, Democrat of New Jersey, said on the Senate floor on Monday.

There was also no shortage of name-calling. Senator Ron Wyden, Democrat of Oregon, referred to Mr. Mnuchin at the “foreclosure king.” Senator Tammy Duckworth, Democrat of Illinois, described him as “greedy” and “unethical” while arguing the case against him.

“Whether illegally foreclosing on thousands of families, skirting the law with offshore tax havens or helping design tactics that contributed to the 2008 financial crisis, Steve Mnuchin made a career — and millions of dollars — pioneering increasingly deceptive and predatory ways to rob hardworking Americans of their savings and homes,” Ms. Duckworth said.

At a prickly confirmation hearing before the Senate Finance Committee last month, Mr. Mnuchin was scolded by Democrats for failing to disclose nearly $100 million in assets and for not revealing his role as a director of an investment fund based in the Cayman Islands, a well-known tax haven.

After the hearing, Democrats on the committee accused Mr. Mnuchin of lying for saying that OneWest Bank had not engaged in the controversial foreclosure practice of “robo-signing” when he was its chief executive. The Democrats on the committee twice boycotted a vote on his confirmation, leading Republicans to breach protocol and push Mr. Mnuchin’s vote to the full Senate on their own.

Just one Democrat, Senator of Joe Manchin III of West Virginia, broke with his party and supported Mr. Mnuchin. In a sign of the backlash that Democrats will face for siding with any part of Mr. Trump’s agenda, the Progressive Change Campaign Committee warned that Mr. Manchin’s vote would not go unnoticed.

“We will ensure that Joe Manchin hears from his West Virginia constituents who disapprove of his voting with Wall Street against working families,” the group said in a statement after the vote.

For Republicans, the resistance was chalked up to political theater.

On Monday, Senator Orrin Hatch of Utah, the Republican chairman of the Senate Finance Committee, accused Democrats of making Mr. Mnuchin a political pawn and described their concerns as a stall tactic.

“Under any objective standard, Mr. Mnuchin has ample experience, credentials and qualifications for this important position,” Mr. Hatch said. “My colleagues have done all they can under the rules — even to the point of casting aside some longstanding customs and traditions of the Senate — in order to delay his confirmation.”

Once again, the Democratic opponents of the Trump Administration were unable to stop Mnuchin’s confirmation thanks to the fact that they had previously voted to eliminate the filibuster for Executive Branch appointments when they were still in the majority in November 2013. Had they not taken this step, then there could have been the potential for using the filibuster to get more information from Mnuchin about these controversies, and potentially to block his appointment altogether if they chose to do so. Alternatively, of course, the possibility exists that enough Democrats would have broken with the caucus to support invoking cloture on the nomination if the filibuster was in place. What that means, of course, is that they were able to virtue-signal their own base by voting against Mnuchin and other controversial nominees such as Betsy DeVos and Jeff Sessions all the while knowing that their vote would have no real impact on the Trump Administration’s ability to govern. As for Manchin’s vote in support of Mnuchin, which mirrored his status as the lone Democrat to support Sessions, the threats made by so-called progressives against him are unlikely to amount to anything. In many respects, West Virginia has transitioned into a solidly red state in which the only Democrats who are likely to win statewide are those who lean to the right in the same manner that Joe Manchin does. Manchin is well aware of this fact, and his voting record recognizes this reality. Any Democrat who challenges Manchin from the left in the next primary would fare about as well as the last challenger did in 2012.

While Mnuchin faced a bumpy road to his office, and a sharply partisan confirmation vote, the same cannot be said for the new Secretary of Veterans Affairs David Shulkin:

David J. Shulkin, an internist and longtime health administrator, was unanimously confirmed Monday to lead the troubled Veterans Affairs Department, becoming the first of President Trump’s Cabinet picks to be embraced by all Republicans and Democrats. He is the sole holdover from the Obama administration.

No senators dissented on Shulkin’s nomination in a rare show of bipartisanship following contentious battles over other Trump Cabinet selections. Shulkin’s approval makes him the 11th high-ranking Trump official to be confirmed by the Senate.

The 57-year-old Pennsylvania native will run the second-largest federal agency after serving 18 months as undersecretary for health in charge of VA’s sprawling medical system, which takes care of nearly 9 million veterans a year. After a long search for a leader who could turn around a system Trump denounced on the campaign trail as a tragic failure, the president surprised critics by turning inside rather than outside for a VA leader.

Just before the vote, the leading lawmakers on the Senate Veterans’ Affairs Committee urged their colleagues to put aside the partisanship that has defined the confirmation battles so far.

“Let’s find out if there’s one thing we can agree on,” said Sen. Johnny Isakson (R-Ga.), the committee chairman.

Anticipating critics nervous that the Trump administration will turn VA over to the private sector, Isakson said, “We don’t want to privatize VA. We want to make it work.”

Shulkin will be the first secretary who did not serve in the military, a status that has disappointed some veterans groups but did not disqualify him from what proved to be one of Trump’s most difficult Cabinet searches.

Despite his relatively quick and trouble-free nod from lawmakers, Shulkin has a tall order from the president. He needs to show Trump that he can bring big changes to VA to make employees more accountable for misconduct and give veterans faster access to private doctors when they prefer outside care.

Shulkin will oversee 350,000 employees, an $82 billion budget and almost 2,000 clinics and medical centers that are overwhelmed with demands for care from aging Vietnam veterans and younger service members who fought in Iraq and Afghanistan.

Shulkin faces drastic shortages in frontline nurses and doctors: About 45,000 medical jobs throughout the system are unfilled. Groups that advocate for veterans are on high alert three years after a wait-time scandal in which managers ordered their staffs to cover up delays in appointments at dozens of medical centers.

With Trump and other critics calling for a shift to more private care outside VA, Shulkin will be under pressure to loosen the reins of a system that limits private doctors to veterans who live too far from a VA hospital or could not get timely appointments there.

While some groups did object to the fact that Shulkin has not served in the military, it seems to me that the position he’s going to hold doesn’t really require that the person holding the position be a veteran to do their job effectively. While there are many issues regarding veteran’s issues that his office will be dealing with, the biggest and the most important involves that management of the sprawling Veterans Administration health care system, the primary agency responsible for treatment of men and women suffering through the consequences of combat-related injuries, is the most important. This is especially true given the scandal that was uncovered during the Obama Administration that involved VA facilities around the country delaying needed procedures due to lack of resources and falsifying reports to cover up those delays. What’s needed to deal with these problems isn’t experience in uniform so much as it is experience in health care management, which is something that Shulkin most assuredly has. Additionally, while there are likely to be many objections to any suggestion of privatizing the VA, there have been many studies indicating that privatizing at least some aspects of its role would go a long way toward reducing patient load and allowing providers at VA facilities to concentrate on the most serious cases. For example, there appears to be bipartisan support for the idea of allowing veterans to utilize private doctors and health care providers for routine medical procedures and examinations rather than being forced to rely on understaffed and overly busy VA facilities for treatment that doesn’t necessarily require treatment by a physician with experience treating medical conditions directly related to military service. Those visits to private doctors could then by covered by the VA utilizing the processes used by insurance companies nationwide. This would allow VA facilities to concentrate more on the cases requiring specialized care and hopefully cut down on delays at VA facilities.