A handful of young male bloggers have launched themselves to the head of the line, leapfrogging those who've spent years playing the game by the old rules.juice

A Friday feature in the NYT, “Washington’s New Brat Pack Masters Media,” has engendered some criticism for, among other things, portraying DC’s young media stars as exclusively male.

ONE winter evening, Brian Beutler, 28, a reporter for the online publication Talking Points Memo, sat with his friend and roommate Dave Weigel, 29, a political reporter for Slate and a contributor to MSNBC, at a coffee shop on U Street. Recovering from a cold as snow fell outside, Mr. Beutler spoke about his younger — well, relatively younger — days in the city.

In the years surrounding the 2008 presidential election, The Washington Post employed Mr. Weigel; and The American Prospect and then The Post made his peer Ezra Klein into a multiplatform superman of blogging-twittering-column writing. The Atlantic and then Think Progress — the online arm of the liberal Center for American Progress Action Fund— transformed Matt Yglesias from a formerly bored Harvard kid who hated reporting into an Internet star.

Ann Friedman has responded with a parody piece, “Washington’s Lady Journos Have Been Here All Along.”

The problem with this is immediately obvious: Beutler, Weigel, Yglesias, and Klein are actually very well known within political journalism circles–and there are another half dozen or so within their circle who are similarly impactful. Of the ladies listed, the only ones I recognize off the top of my head are Lowrey, Khimm, Potts, and McGann. And none of them are in the same journalistic league as Yglesias and Klein, who are genuine influencers.

The story of young women making their way in journalism may well be very interesting. (It certainly is in the foreign policy and national security realm, where women have a role geometrically larger than was the case even a decade ago.) But it’s simply a fact of life that there are a handful of young male bloggers who launched themselves to the head of the line, leapfrogging those who’ve spent years playing the game by the old rules, and that this has spawned resentment and interest. 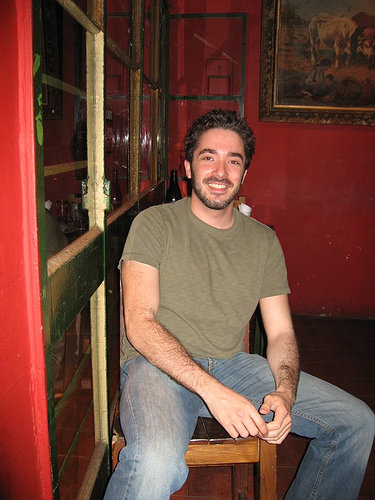