The Case Against American Action In Iraq

Iraq's problems cannot be fixed by the United States. 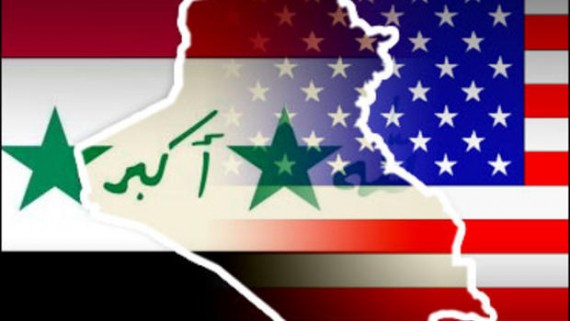 As I noted late last week, the policy that President Obama is now following in Iraq doesn’t seem to be designed to accomplish anything, other than provide him political cover as Dave Schuler noted in a comment to that post. Inevitably, this has led to critics on the left and the right to call on the President to “do something” regarding the threat that the Islamic State/ISIS poses to Iraq and, allegedly, to the rest of the world. On the left, these calls are mostly centered around the humanitarian crisis that the group’s attacks are posing to Shiite, Christian, and other religious and ethnic groups in Iraq and Syria. The criticism from the right, though, is centered more on the fact that the President isn’t being aggressive enough in fighting a terrorist threat. In some cases, the critics end up contradicting themselves, such as when they criticize the President for not following through on his “red line” comments regarding Syria last year despite the fact that the majority of Republicans opposed intervention in Syria and the fact that they are essentially arguing that we should have intervened in Syria on the same side as ISIS and the other radical elements of the Syrian rebellion.

Missing from both criticisms, though, is the argument that perhaps the best option for the United States in Iraq is to not act at all, an argument that the Ramzy Mardini makes in The New York Times:

President Obama would be best served by demonstrating military restraint. Armed intervention will not end the civil war in Iraq, and therefore will not end the atrocities being witnessed today. The horrors experienced by Iraq’s religious minorities at the hands of militants are indeed catastrophic, and the United States should do all it can short of direct military engagement to assist their safe passage – especially with regards to humanitarian aid, logistics and intelligence.

The only sustainable solution in effectively confronting ISIS is for Iraq’s Sunni Arabs to turn decisively against it. This requires a wider political solution in Baghdad. Unfortunately, that reality is still not here yet — but it’s one Washington must continuously work to broker as a credible arbiter between the warring parties. But should it get militarily involved now, Washington’s actions could undermine a power-sharing agreement from emerging down
the road.

Despite conventional wisdom, the Islamic State will eventually trigger its own demise. It has mainly expanded within the areas that have supported its presence; it can neither overrun Baghdad nor hold territory in Shiite or Kurdish Iraq; its borders have, more or less, reached their growth potential. Without any major expansion of territory, it will focus mostly on consolidation of power, which carries the risk of facing resistance. Indeed, the Islamic State’s doctrine of governance is too rigid and inflexible to remain sustainable over time, while divisions within the wider insurgency will likely harden and widen. In addition, ISIS has managed to threaten every neighboring state, while geographically encircling itself of adversaries – both within Iraq and the wider Middle East.

Obama has justified the decision to attack ISIS partly as a defense of American personnel in Iraq and partly as a defense of the Iraqis being targeted for annihilation by the group. As reasons for military action go, these are better than most, but I keep coming to the conclusion that these airstrikes are still a mistake. Many of the usual objections to military action don’t apply here, but a few still do. The airstrikes are being presented as a “limited” response, but it is hard to believe that military action of this kind will continue to be “limited” for very long. It is also taken for granted that military action won’t make things worse, but it is entirely possible that it will.

These airstrikes are at best a stop-gap measure to slow the advance of ISIS’s forces, and to the extent that they are effective they will likely become an ongoing commitment that the U.S. won’t be able to end for the foreseeable future. Administration officials claim that there is no plan for a “sustained” campaign, but now that airstrikes have begun it will be only a matter of time before there are demands for escalation and deeper involvement, and sooner or later I expect that Obama would yield to those demands. Having made the initial commitment and having accepted that the U.S. has a significant military role in Iraq’s internal conflicts, the U.S. will be expected to continue its commitment for as long as ISIS exists, and that will leave the U.S. policing the Iraqi civil war for months and years to come

Mardini’s points strike me as being largely spot-on. In the end, there is little that military action by the United States can do that will actually make a difference on the ground in Iraq. Even accepting the probability that we could do serious damage to the military capabilities of ISIS/Islamic State, they have demonstrated sufficient skill and support to be able to recover from those setbacks. Indeed, it’s quite probable that such attacks would only serve to rally support to their side from the Sunni communities in Iraq and Syria, while the Shia regime in Baghdad continues to twiddle its thumbs and the Kurds continue to go about creating an independent state in the north with little concern at this point for the survival of a “united” Iraq. To some extent, we are fighting for something that the people with the power in Iraq don’t even seem to want at this point. As long as that’s the case, we’re basically just wasting our time.

That point was brought home late last night when the efforts to create a new government in Baghdad seemed to descend in to chaos. After it became clear that Iraq’s Kudish President would most likely not be reappointing him, Prime Minister Nouri al-Maliki took the airwaves saying that he would not heed class for him to step aside, asserting that Iraq’s President is violating the country’s Constitution, and asserting that he would file some sort of “complaint” against the President regardless of what action was taken with regard to the appointment of a new commissioner. By Sunday evening U.S. time, there were vague reports of tanks in the streets of Baghdad and some fears that Maliki and his supporters would attempt to stage a coup. While those reports do appear to be unfounded at least at the moment, Maliki’s action did result in a strong rebuke from Secretary of State Kerry, who is presently in Australia. This morning reports say that Iraq’s President has named the deputy Parliament Speaker, a Sunni, as the new Prime Minister. How al-Maliki will react to this remains to be seen.

Given these developments, one has to wonder what the heck it is the United States is supposed to be defending with this mission that the President has authorized. Ultimately, the threat that ISIS/Islamic State poses to Iraq is rooted in the political instability in the nation itself, and it seems hard to believe that this is something that is going to be solved nearly as easily as the President seems to think, or that there’s much that the United States itself can do about situation.