It's been seven years since Congress eliminated earmarking, and what we've seen has provided good evidence for the argument that it should never have been eliminated. 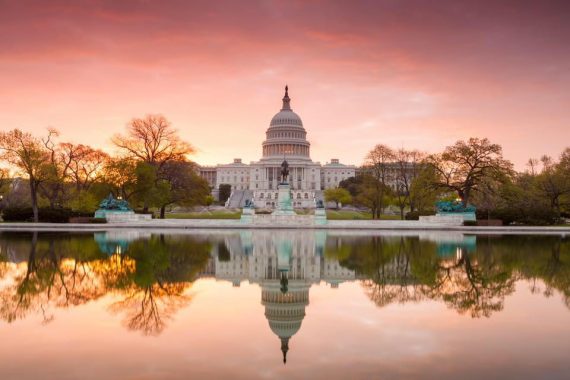 An Op-Ed piece in The Washington Post makes a convincing argument that the legislative process in Congress would benefit from a return of earmarks, albeit in a form that will address some of the excesses the process suffered from prior to being essentially banned when Republicans took control of the House after the 2010 elections:

Before the ban, most earmarks were at least public before they were finalized and could be debated and critiqued on the House floor and Senate floor. But today, agencies frequently dole out grants with no objective criteria, and no one can challenge the selection of projects. Further, waste has not been eliminated; in fact, agencies have at times selected projects that members of Congress opposed because they were not priorities for their districts — the very same ill the earmark ban was instituted to fix.

The current system has also allowed political interference we didn’t expect. Some officials in the executive branch and others, including members of Congress, have kept the earmark tradition alive with less transparency by pressuring agencies to fund particular projects through phone calls (or “phonemarks”), letters (“lettermarks”) and meetings. These decisions are never publicly disclosed; in fact, while it was once common to read media reports about seemingly inexplicable funding decisions (e.g., a teapot museum), such reports are now rare.

Further, since Congress gave up earmarks, the wheels of the annual spending process have ground to a halt, as we witnessed with the most recent budget showdown. While earmarks are not a cure-all, they do provide a common reason for members to support spending legislation overall, helping the appropriations process run far more efficiently than it has since the ban was enacted. Additionally, because federal formulas often benefit large urban centers, the ability to direct spending would advance the interests of rural areas and small towns.

No one is advocating a return to the bad old days of unaccountable earmarking, but we’re encouraged that Congress is beginning to debate these important issues. Rather than all or nothing, the system should be carefully reformed.

The reforms suggested are as follows:

●Members of Congress should not direct earmarks to those who have contributed to their congressional campaigns. After a number of earmarking scandals, this represents the best way to break the link — whether real or perceived — between campaign contributions and legislative action.

●Congressional staff should be barred from participating in fundraising activities. Their attendance at fundraisers gives the appearance that the legislative process is for sale. Further, many of these hard-working individuals probably would prefer not to have to attend these evening and early-morning functions but cannot easily refuse.

●Congress should create a downloadable database of all earmarks on a public website. Finding an earmark should be as easy as finding a book online.

●Members of Congress should take responsibility for their earmarks by certifying that the recipients are qualified to perform the work. A lawmaker should have to stand by any earmark he or she believes is a worthwhile expenditure of public money.

As noted, earmarks were a common practice prior to the time that Republicans took control of Congress after the 2010 midterms, in no small part because many of the Republicans elected in that year’s midterms campaigned on a promise that they would eliminate earmarking.The practice itself was one that had been in existence for many years before that, and often result in somewhat absurd projects such as the infamous “bridge to nowhere” a project that would have cost a bridge costing just under $400 million and would have connected the town of Ketchikan, Alaska to an island offshore that was at the time, and still is to this day, serviced by a ferry system. In addition to allowing members to direct Federal dollars to projects in their districts, earmarking also provided House leadership with an incentive to offer to members to guarantee their support for other legislation. In many ways, it was earmarking that made things such as government shutdowns less likely by giving members a strong incentive to vote for a spending bill they might otherwise oppose or to pass other measures not directly related to spending. For several years prior to the 2010 elections conservative groups such as the Club for Growth and others pointed to earmarking as a particularly wasteful form of government spending and many pundits and politicians argued that the process by which Members of Congress would direct spending toward projects in their own districts helped contribute to out of control Federal spending and increased the size of the budget itself and the budget deficit. Because of this, the process became something of a symbol for the overall battle against excessive federal spending and government waste.

In reality, the case against earmarks was never as persuasive as it was made out to be, although it did serve as an easy way for Members of Congress to claim to their constituents that they were fighting to reduce “wasteful” Federal spending. In reality, earmarking itself did not add to the Federal budget, nor did eliminating it actually limit Federal spending. By the time an earmark was designated, Congress had already voted to authorize spending for the relevant Federal department or agency, the only thing that earmarking did was to give Congressmen and Senators to direct that some portion of that spending to specific projects rather than becoming part of the general budget that would be available to the Executive Branch. Additionally, even at the height of earmarking the process accounted for an insignificant part of the Federal Budget, typically about 2% or less of the entire budget and often less than that. Eliminating earmarks then didn’t really have an impact on spending and its ultimate result was to transfer the decision making over where Federal dollars would be directed from elected representatives to unelected bureaucrats under the direction of Cabinet Secretaries, agency heads, and ultimately the President. This arguably constitutes an undesirable transfer of spending authority from elected Representatives to the Executive Branch that deprived Congress of the ability to persuade members to go along on must-pass legislation.

So, why all the attention paid to such an insignificant part of the budget? As I’ve argued in the past, there was no small degree of political opportunism and hypocrisy involved in the so-called war on earmarks that culminated in the Republican decision to eliminate them in 2011. The practice was easy to criticize because is seemed like pork-barrel spending at its most petty level. As such, it was an easy way for Congressmen and Senators to claim that they were “fighting government waste: and working to reduce spending and the budget deficit without having to make any of the hard choices that actually accomplish either of these goals would involve. Additionally, engaging in a war on “earmarking that doesn’t actually reduce spending is politically popular because of it often appeared to the public that the whole process was just a form of legal legislative bribery. Going after the practice was certainly more popular and easier than cutting farm subsidies, defense spending, and entitlements would be. For these reasons, it’s easy to see why it was such a popular position for politicians to take. It gave them a way to claim they were reducing spending without having to actually do so, and without having to explain the need for real spending cuts to constituents.

The years since earmarking was banned have, of course, been ones in which we have seen an unusually large number of showdowns over federal spending and fiscal policy, as well as other issues, that arguably would not have existed, had House and Senate leadership been able to use the ‘carrot and stick’ of earmarking to entice reluctant members to support must-pass legislation. The most notable of these, of course, have been the two government shutdowns that have occurred over the past four and a half years, including one in October 2013 that lasted more than two weeks before finally being resolved. In addition to those, the Obama years also saw showdowns over the debt ceiling and budget sequestration and extensions of the Bush tax cuts that caused significant disruption to the functioning of Congress, the government, and the financial sector. While it’s possible that many of these standoffs would have occurred even if earmarking had still existed, their survival would have at least given leaders such as former Speaker of the House John Boehner and current Speaker Paul Ryan with a means to entice members to get behind legislation even while the Tea Party and other groups were pressuring them to hold the line.

Taking all of this into account, it seems to me that bringing back earmarks is something that Congress ought to look into, and the reforms that the authors suggest make sense. At the very least, the process ought to be more open than it was in the past and Congressmen and Senators ought to be required to make at least some kind of case for why the funds they are requesting for their district are necessary or a good idea. Given how Congress has conducted itself since the practice was banned, it can’t possibly be worse than what we have today, and in many respects, it might actually make things better by returning to leadership in the House and Senate a tool that could potentially help to limit the gridlock that has marked the operation of Congress for the past decade.