The Trump Administration is attempting to bypass the Circuit Courts of Appeal and get immediate Supreme Court review of the President's ban on transgender Americans serving in the military. 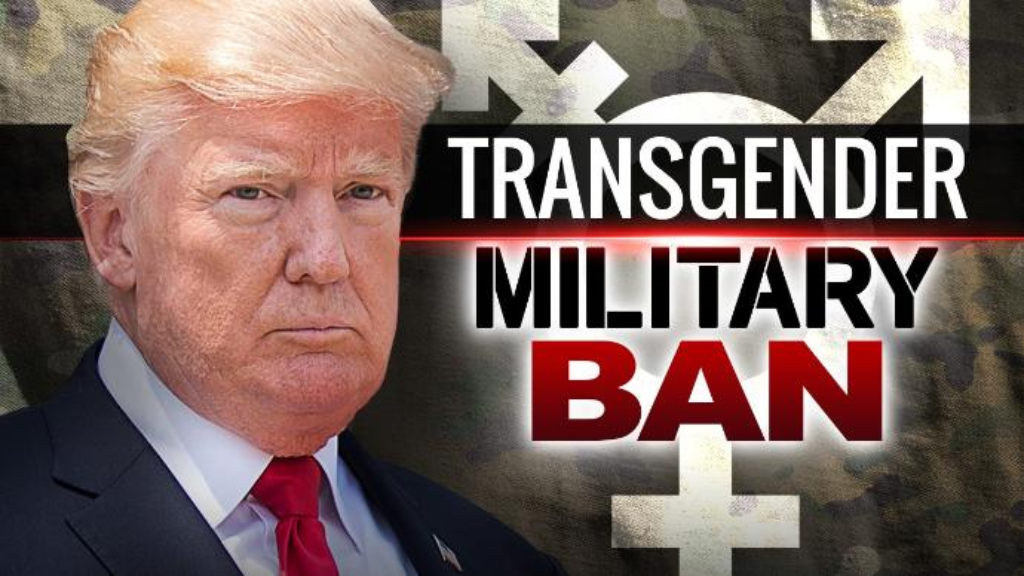 For the better part of a year now, the Trump Administration has been trying to reverse the policy change that had been put in place by the Obama Administration in 2016 that allowed transgender troops to serve openly and directed the Pentagon to draft policy changes that would both deal with the issue of how to treat transgender troops who are already serving and those that may wish to enlist. While the Pentagon was in the middle of that study, though, and with seemingly little advance notice, President Trump announced via Twitter that he would be issuing an order barring transgender troops from serving in the military. The Pentagon was clearly caught by surprise by that announcement and it was made clear that the policy would not be changing immediately based solely on the President’s tweets, and that the Defense Department would continue applying the Obama Administration policy until it received a formal order from the White House. Additionally, the Commandant of the U.S. Coast Guard stated that his branch of the service would continue to follow the Obama Era policy until they receive a formal order to the contrary.  Additionally, The Blade, a news site that caters to the LGBT community, reported that a new policy directive regarding transgender troops had been prepared by the White House and would be sent to the Defense Department. Despite the fact that polling at the time most Americans opposed the President’s announced policy, it seemed fairly apparent that the President would not be deterred from the policy change. Eventually, Trump finally signed a formal order implementing the new policy in late August. That Order though gave some latitude to the Defense Department to decide how to implement it. In response, Secretary of Defense Mattis announced that a panel would be established to discuss how to implement Trump’s order and what impact it should have on those service members who came out of the closet in reliance on the announced change in policy last year. While some insinuated that Mattis was defying Trump’s ban, it was clear that this was not the case.

In the meantime, lawsuits filed against the ban both before and after the formal policy announcement from the White House, These lawsuits alleged that the ban was unconstitutional and that it violated the rights of members of the military who had come forward in reliance on the Obama Administration’s policy change due to the fact that it would punish them for acting in reliance on that change. In October 2017, Judge Colleen Kollar-Kotelly of the U.S. District Court for the District of Columbia issued a ruling barring the enforcement of Trump’s order and ordering the Defense Department to continue operating under the order issued by former President Obama in the summer of 2016. This was quickly followed by a ruling by Judge Marvin Garbis of the U.S. District Court in Maryland who issued an order substantially similar to Judge Kollar-Kotelly’s that also barred enforcement of the Administration’s order and compelled the Defense Department to continue operating under the pre-existing Obama era policies.

It was in response to those rulings that the Trump Administration issued a revised ban that purported to cure the defects that led to the adverse rulings against the original order. Notwithstanding these claims by the Administration, the new policy was substantially similar to the one that had been put in place last summer and rejected by two Federal Court Judges.  As James Joyner noted at the time, for example, the new policy “contradicts the advice of all the sitting service chief and the only serious DOD-funded study on the matter.” This specifically included a RAND Corporation study that concluded there would be no adverse impact from allowing transgender troops to serve openly, something that had already been confirmed by the experiences of several American allies such as the United Kingdom, France, and Israel, all of whom allow transgender troops to serve openly. Because of this, it was apparent that the new policy was as unconstitutional as the earlier version. This past April, a Federal Court Judge in Washington State agreed with that assessment and issued a ruling barring the enforcement of the new policy.

The Trump administration on Friday once again asked the Supreme Court to bypass the usual legal process to take on another controversial issue: President Trump’s decision to ban transgender people from military service.

Solicitor General Noel J. Francisco asked the justices to consolidate the challenges to the ban — which so far have been successful in lower courts — and rule on the issue in its current term.

Trump announced in a July 2017 tweet that he was reversing an Obama administration policy allowing transgender men and women to serve openly and to receive funding for sex-reassignment surgery.

Trump’s message that “the United States Government will not accept or allow transgender individuals to serve in any capacity in the U.S. Military” surprised military leaders and members of Congress. Trump said he was “doing the military a great favor” by “coming out and just saying it.”

Trump issued a memorandum ordering Secretary of Defense Jim Mattis to submit “a plan for implementing” the ban. The Mattis plan was submitted earlier this year.

But it has not satisfied judges in lower courts, who have issued injunctions to keep the current policy in place.

“The decisions imposing those injunctions are wrong, and they warrant this Court’s immediate review,” Francisco wrote Friday.

Challengers have cited Trump’s statements to argue that the directive is the result of discrimination, rather than a study of how allowing transgender personnel affects the military. Lower court judges have largely agreed.

“There is absolutely no support for the claim that the ongoing service of transgender people would have any negative effect on the military at all. In fact, there is considerable evidence that it is the discharge and banning of such individuals that would have such effects,” Judge Colleen Kollar-Kotelly of the U.S. District Court for the District of Columbia wrote in a case last spring.

Normally, the Supreme Court waits to take action until regional appeals courts have ruled. But Francisco told the Supreme Court the administration cannot afford to wait for those circuits to decide, and that the justices should accept the cases now so they can be heard in the current term.

Added Lambda Legal Counsel Peter Renn: “Yet again, the Trump administration flouts established norms and procedures. There is no valid reason to jump the line now and seek U.S. Supreme Court review before the appellate courts have even ruled on the preliminary issues before them.”

While the Rules of the Supreme Court do allow for parties to a proceeding in District Court to attempt to bypass the normal procedure of going to the Circuit Courts of Appeal and appeal a matter directly to the Justices on the high court, both Federal law and the Court’s own rules allow a party to seek a direct appeal from the District Court to the Supreme Court. As with the question of whether or not to accept an appeal from the Circuit Courts of Appeal, the question of whether or not to grant such an appeal is fully within the discretion of the Justices and generally requires at least four Justices who agree to take the case. The difference between the two procedures is that it is exceedingly rare for the Supreme Court to accept an appeal directly from the District Court, and in most cases, an appeal is denied and the appealing party is required to continue seeking relief in the Circuit Court of Appeal with jurisdiction over their specific case. Generally speaking, this is because the Justices clearly favor letting issues play themselves out in the Circuit Courts before they decide if its necessary for them to step in and have a say in the manner.

In this case, my suspicion is that the Justices will decline to accept the appeal of the Federal Government and require the parties to continue proceeding through the Circuit Courts. In no small part, this guess (and admittedly that’s all that it is) is based on the fact that the three cases that have been brought in connection with the Administration’s are now pending in various stages in the respective Circuit Courts of Appeal that have jurisdiction over them. One of those courts, the Ninth Circuit, has already held a hearing on the appeal it is handling and by all accounts hearings in both the District of Columbia Circuit and the Fourth Circuit would be scheduled in the near future if the Supreme Court does not grant this appeal. This would suggest that will have decisions in all three cases from the Courts of Appeal by some time early next year. At that point, the losing party(ies) would be free to seek review by the Supreme Court under the usual procedures. Indeed, by filing this request for an immediate review, the Federal Government has likely slowed the process down significantly. None of the Courts of Appeal are likely to issue opinions or otherwise act in this case while it is still pending in the Supreme Court, and in this case, it will likely not be until February or March at the earlier before we know whether or not the Justices will take the case.

Here is the Petition for Writ of Certiorari filed by the Federal Government in this case: