A new report confirms that the White House has indeed required staffers to sign non-disclosure agreements that are clearly not enforceable. 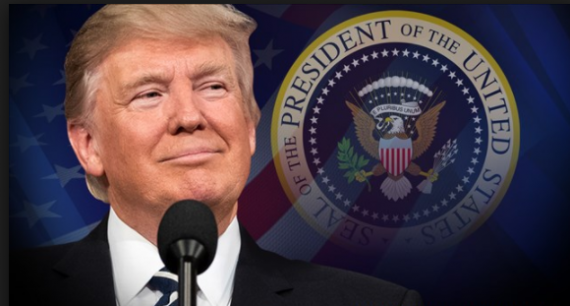 The New York Times has a new report confirming past reporting that the White House has required top staffers to sign Non-Disclosure Agreements:

As a real estate executive and reality TV star, Donald J. Trump tightly controlled his image by insisting that everyone around him sign nondisclosure agreements threatening steep monetary penalties if they revealed anything about him or his company.

So a few months into his presidency, Mr. Trump — infuriated by leaks about everything from staff rivalries to his bathrobe-wearing, TV-viewing habits — ordered Reince Priebus, then his chief of staff, to do the same thing in the West Wing.

Donald F. McGahn II, the White House counsel, had warned the president before that such a blanket policy could not be imposed on federal employees. But in order to placate an angry president who was convinced that the people around him had to be pressured into keeping his secrets, Mr. McGahn drew up a broad document barring White House officials from publicly disclosing what they heard and saw at work.

That nondisclosure agreement, presented by Mr. Priebus to the senior staff last April, did not specify any penalties — financial or otherwise — and was something that almost everyone around the president understood could not be enforced. But it was an early indication that Mr. Trump, who spent decades using pressure tactics and secrecy in his private life, wanted to do the same thing at the White House, breaking with tradition. He would push the obsession of many of his predecessors with damaging leaks to a new level.

And if the potential for punishment seemed remote to his top aides, the message from the president was clear: keep quiet.

The White House declined to provide a copy of the two- to three-page document, which was described by a senior White House official, or to say whether senior officials were required to sign such a document.

“You can’t blanket wipe out speech, and you have to show there’s a compelling government purpose for doing so,” said Norm Eisen, the top ethics lawyer in former President Barack Obama’s White House Counsel’s Office.

“If they have taken even baby steps — much less what appear to be giant strides — into the area of muzzling the normal, permitted recollections about the nonclassified and nonconfidential aspects of White House service, then that’s going to trigger the First Amendment protection,” he said.

It is routine for White House officials to be required to sign confidentiality documents acknowledging that they may not publicly disclose classified information to people who do not have the proper clearance.

Beyond classified information, however, several senior officials who worked for Mr. Obama said they were never asked to sign a broader confidentiality agreement during their time in the White House.

Mr. Trump’s demand that his aides sign a confidentiality agreement was first reported this week by The Washington Post, but White House officials who have signed one disputed part of that report, which said an early draft of the nondisclosure agreement would have subjected staff members to fines of $10 million for each time they violated it.

Two officials said in interviews that a document with similar terms had been circulated during the transition between Mr. Trump’s election and his inauguration, but it was widely ridiculed by aides as a misguided tactic by the president-elect’s personal lawyers, and was never used.

Nondisclosure agreements had been a preoccupation of Mr. Trump during his presidential campaign, and after the election the president-elect had asked for agreements fashioned after the ones he used at the Trump Organization, his real estate company, for everyone coming into the Trump White House.

Among the supporters of the move were his daughter, Ivanka, and Jason Greenblatt, his longtime lawyer who would join the White House staff as the president’s chief international negotiator.

When Mr. McGahn told Mr. Trump it would be difficult to bind federal employees to such an agreement, Mr. Trump pushed back, believing that its existence could act as a deterrent to would-be leakers, a person with direct knowledge of the discussions said.

Still, Mr. Priebus and Mr. McGahn repeatedly delayed responding to Mr. Trump’s request. By April, amid a rash of embarrassing leaks, they could hold him off no longer.

Another said when aides sought to clarify whether they would be able to speak in specific instances — to fulfill a request from a congressional oversight committee, for example, or to field a question from a lawmaker — Mr. McGahn would reassure them they had wide latitude. Current and former officials said the agreement contained sweeping caveats stating that it was consistent with whistle-blower protections and other oversight and disclosure laws that apply to federal workers.

At the same time, lawyers in Mr. McGahn’s office went out of their way to ensure that anyone who had access to particularly sensitive information at the White House signed a copy.

One official who had not been present for Mr. Priebus’ initial request was later told by a White House lawyer that since he had been involved in many potentially controversial matters, he should probably sign the nondisclosure document, which he said he promptly did.

Mr. Trump’s White House has also broken with convention in trying to impose written nondisclosure agreements in other instances. A small group of journalists scheduled to travel on a trip to Afghanistan with Vice President Mike Pence were instructed in December to sign a confidentiality agreement before they would be given the details of the trip, for security reasons.

Reporters regularly agree to embargo logistical details of trips to war zones, but are not typically asked to sign a document binding them to do so.

As was the case with the initial report about these agreements from The Washington Post’s Ruth Marcus, it is unclear if the Trump Administration is still requiring that staffers and others sign these agreements. This, as I argued in my Monday post on this story, is but one of the many questions that Congress ought to be investigating and reporters ought to be asking White House Press Secretary Sarah Huckabee Sanders about going forward. In fact, for the foreseeable future every Trump Administration appointee that appears before any Congressional committee for any reason should be asked if they have been requested to sign such an agreement, whether they have in fact signed such an agreement, and whether their testimony or any apparent lack of candor can be attributed to what they believe their obligations pursuant to such an agreement to be compared to their obligations to disclose the information that Congress needs to conduct its oversight role and which reporters are seeking to discover as part of their job to inform the public.

The one thing that seems clear from this report, though, is that most of the top people near Trump don’t seem to be taking these agreements very seriously. Given the fact that it’s fairly obvious that these agreements would not be enforceable regardless of whether or not they have the liquidated damages clause, this is hardly surprising. Instead, it appears that people such as White House Counsel Don McGahn and former Chief of Staff Reince Priebus pushed White House employees to sign the agreements mostly as a means of keeping their boss the President happy. Whether or not they tried to advise him that the agreements were not enforceable is unknown, but given the extent to which he fails to pay attention to things his advisers tell him on other subjects, it’s probable that he was advised that the agreements are unenforceable but simply chose to ignore it.

The fact that staffers have acquiesced in signing these agreements has done nothing to prevent the Trump Administration from being the source of leaks to a wide range of media outlets. Virtually from the first day that President Trump was in office, reports have appeared in a wide variety of news outlets, most especially The New York Times and The Washington Post but also in other news outlets such as CNN and a variety of online publications. In many cases, it’s clear that these reports can only be coming from people close to the President himself. For months, the question of who the principal leaker(s) may be has been as hot a topic of conversation in Washington as the leaks themselves have. Given the fact that the leaks have continued after many of the prime suspects, such as Sean Spicer, Reince Priebus, Steve Bannon, and others, left the White House, it’s clear that there are in fact multiple people in the West Wing who are regularly reaching out to reporters and providing information that, in many cases, places the Administration generally and the President specifically in a particularly bad light.

The fact that the agreements are unenforceable and ineffective is obviously besides the point. As I said on Monday, the mere fact that this Administration apparently thought it was acceptable to demand that White House employees sign agreements like this demonstrates the mentality that this President and his Administration is operating from. Clearly, the agreements are intended to intimidate people working in the White House into silence since they would potentially live in fear that speaking out would mean that they would at least have to bear the expense of consulting legal counsel should the Administration seek to enforce the agreement. That kind of psychological manipulation is cynical and dangerous and deprives the American people of the kind of the transparency to which they are entitled.