The White House is still smarting over the fact that they got burned by John Boehner, again. 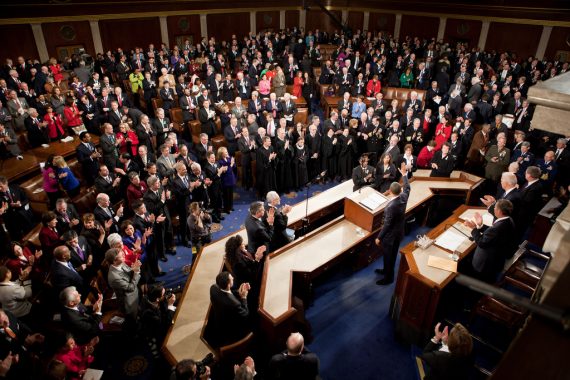 Politico’s Roger Simon reports that White House officials are pretty upset at the manner in which they got played over the scheduling of the President’s jobs speech:

The White House was well aware the president’s speech would conflict with a planned Republican debate sponsored by POLITICO and NBC to be held at the Ronald Reagan Presidential Library in Simi Valley, Calif. The debate would be broadcast live by MSNBC, CNBC, Telemundo and live-streamed by POLITICO.

according to the White House source, Boehner said “okay” to Daley’s request for the Wednesday evening date. (Asked for comment, Boehner’s press secretary, Brendan Buck, said he had nothing to add to his statement of Wednesday that read in part: “No one in the speaker’s office – not the speaker, not any staff – signed off on the date the White House announced today.”)

Then things quickly unraveled. It turned out not everyone was as sanguine as Boehner with the notion that a Democratic president was going to step on a Republican debate.

At 11:55 a.m. Wednesday, the White House tweeted the news about the joint session. “And then Rush Limbaugh beat Boehner up,” the source said.

The conservative talk show personality was in his familiar state of high dudgeon. “This is a pure campaign speech and to give it the imprimatur of a speech before a joint session of Congress, there’s no way, he doesn’t deserve that,” Limbaugh said. “Boehner’s got to say no. Now, whether he will, I have no clue.”

A number of Republicans in the House and a few in the Senate did have a clue and they told Boehner that while they would allow the joint session – it was hard not to for both historic and political reasons – the timing had to be on their terms, which meant it could not conflict with the Republican debate.

At which point Boehner’s office announced that Boehner had never agreed to the Wednesday date, that Congress did not get back into session until 6:30 p.m. on that day, that various votes had to be taken, that security had to be arranged and Obama should push his speech back a day to Thursday.

The White House was not pleased. In reality, it believed, Congress really had never gone out of session, a parliamentary move that blocked Obama from making recess appointments. “And they had to arrange security?” the White House source scoffed. “As if they couldn’t do that! This was a political thing, a tea party thing, a Rush Limbaugh thing. They were all giving Boehner gas.”

The White House did not want to give in and look weak, but what was the alternative?

In the end, of course, they had no alternative. Having announced that the President would be making a jobs speech to a Joint Session of Congress, they couldn’t exactly change their mind. An Oval Office address or, as Ezra Klein suggested on Twitter, an address to an audience of unemployed people, would look weak by comparison and might not have even been covered by all the networks, and certainly not by MSNBC which had invested considerable resources and personnel in preparing for the election cycle’s first debate at the Reagan Library. The Republican control the House, and they control access to the House floor. So, they had to cave in. They can complain about it all they want, but they were foolish for even making the request in the first place.

Mediaite’s Tommy Christopher picks up on the White House outrage and calls, somewhat over-dramatically I think, for John Boehner’s resignation:

The mainstream media, and even some in the liberal opinion media, have completely missed the point of President Obama’s dust-up with Speaker John Boehner over the date for Obama’s address before a joint session of Congress. MSM yakkers have advanced the “pox on both their houses” meme, while liberals like Ed Schultz accuse the President of “caving,” all ignoring the fact that Boehner has insulted and disrespected the office of the President of the United States, and should resign.

This isn’t the first unprecedented Republican insult to the presidency under Barack Obama (but it is, by far, the worst), and it isn’t even the first time John Boehner has tried to make the President “heel” with his datebook. It ought to be the last. Every American who  has an appropriate respect for the office of the presidency should demand that John Boehner resign, and every legislator should amplify that demand. The problems facing this country are too great to be left in the hands of someone with such contempt for its highest office.

The media, meanwhile, ought to abandon its fetish foe false objectivity, and recognize the facts. All parties agree the President gave the Speaker sufficient notice, and I cannot think of another president in history whom the media would suggest should have been preempted by a routine political debate, certainly not in a time of national crisis. The media is complicit in the insult through its failure to recognize this.

Unless you swallow the White House line on this whole silly affair, I can’t see how you can reach that conclusion. The White House claims that Boehner had tacitly signed off on the September 7th date before the request for a  Joint Session was made public. Boehner denies this. Who you believe depends on who you support. What seems clear, at the very least, is that the White House had not received a firm yes from Boehner before going public, and then they got burned. That strikes me as being their mistake. Moreover, the idea that this is some kind of insult to the Presidency seems silly. It’s pretty obvious what the White House was doing in requesting a Joint Address on the same day as a Presidential Debate, they were trying to crowd the potential Republican rivals out of the media coverage. And they were doing it for a speech that is clearly political in both its nature and its ultimate purpose. Treating this as if it was an innocent request for time from the President to the Speaker is to ignore reality.

Simon’s Politico article puts the lie to White House Press Secretary Jay Carney’s claim on Wednesday that the decision to speak on the same day as the GOP debate was merely coincidental. The White House knew what it was doing but apparently they didn’t think it was a big deal because, as the highlighted quote above puts it, the debate was only on a cable station (in fact the debate will be broadcast on MSNBC, CNBC, in Spanish on Telemundo, and livestreamed at Politico’s website). As Noah Kristula-Green notes, though, that very response demonstrates how out of touch the Obama White House is with the media landscape:

I am willing to bet that the people who do watch MSNBC are very interested in politics. Whether they are liberal or conservative, they are invested in the 24 hour news cycle. They are more likely to be frustrated if they have to choose between an important speech and a GOP debate.

People with niche media needs have more options than ever to have those needs met. Sure, the country as a whole doesn’t really care when the speech is held, but for people who are invested in the GOP debate they not only care more, they also have louder megaphones.

Simon’s account of the day’s events is very sympathetic to the White House. According to the account, Boehner was ok with the proposed date and it was only when Rush Limbaugh said it had to be changed that Boehner acted.

Even if this is true, it is hardly surprising. It speaks to what should be obvious to the White House by now: that the Republicans are very plugged into their media and that they respond to what their base wants. In the GOP’s world, the debate is very important to them, moving it could be seen as losing face to the White House, and they are not necessarily going to let the White House pre-empt something they have already planned.

If we find out next Thursday that all this brouhaha was over speech where the President discussed patent reform and the need to commit to long term deficit reduction, its going to make the fuss that has been raised by the White House seem even more petty.

Indeed. In fact, at this point the White House just needs to drop the whining over the scheduling issue and give the speech. In the end, I think we’ll find that Green’s guess is right and that this will be a speech that is light on substance and heavy on rhetoric and promises, that is after all an Obama specialty. He’ll mention infrastructure, again. He’ll mention patent reform, again. He’ll bring up the free trade agreements he still hasn’t sent to the Hill, again. And he’ll do it from the Speaker’s Podium in the House of Representatives. It won’t accomplish anything, it’s unlikely to result in any real moves by Washington that could actually give businesses the incentive to expand employment, but it will rouse the Democratic base. In the end, I’m beginning to think that that is all that the speech, and the little trick the White House tried to pull with scheduling, was ever meant to accomplish.