Secretary of Defense Robert Gates acknowledged in a newly released letter that the Wikileaks Afghan War document dump wasn't as damaging as the Pentagon initially claimed. So what was the uproar all about? 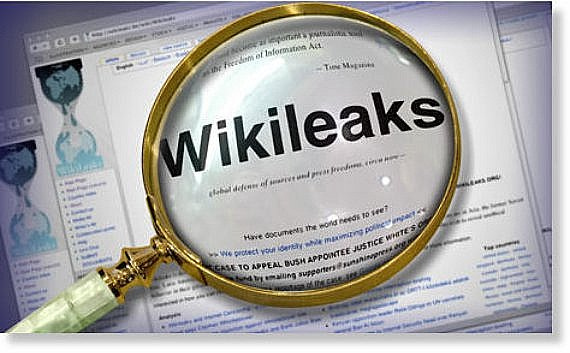 After the uproar that accompanied the leak of thousands of pages of Afghanistan War documents by Wikileaks this summer, it’s interesting to hear the Secretary of Defense say that the document dump didn’t really reveal much of anything that was secret:

The online leak of thousands of secret military documents from the war in Afghanistan by the website WikiLeaks did not disclose any sensitive intelligence sources or methods, the Department of Defense concluded.

Secretary of Defense Robert Gates said there is still concern Afghans named in the published documents could be retaliated against by the Taliban, though a NATO official saihttps://www.outsidethebeltway.com/wp-admin/post-new.phpd there has been no indication that this has happened.

The assessment, revealed in a letter from Gates to the Chairman of the Senate Armed Services Committee, Sen. Carl Levin (D-Michigan), comes after a thorough Pentagon review of the more than 70,000 documents posted to the controversial whistle-blower site in July.

The letter, provided to CNN, was written August 16 by Gates in response to a query by the senator regarding the leak of classified information.

Gates said the review found most of the information relates to “tactical military operations.”

“The initial assessment in no way discounts the risk to national security,” Gates wrote. “However, the review to date has not revealed any sensitive intelligence sources and methods compromised by the disclosure.”

The defense secretary said that the published documents do contain names of some cooperating Afghans, who could face reprisal by Taliban.

But a senior NATO official in Kabul told CNN that there has not been a single case of Afghans needing protection or to be moved because of the leak.

“We assess this risk as likely to cause significant harm or damage to national security interests of the United States and are examining mitigation options,” Gates wrote in the letter. “We are working closely with our allies to determine what risks our mission partners may face as a result of the disclosure.”

This seems to confirm the initial assessment among many analysts that the information contained in the Afghan “war logs” was far less than met the eye. Much of the information it revealed, such as the cooperation between the Pakitani Taliban and certain elements of the Pakistani intelligence services, have been open secrets for years. While this may have come as news to those who weren’t paying much attention to Afghanistan, it isn’t really news and it certainly wasn’t “secret.”

What Secretary of Defense Gates’s comments do reveal, though, is what the real impact of the “war logs” has been. While they haven’t revealed any real secrets, and haven’t resulted in any serious backlash against intelligence sources, they did reveal the inherent problems with American policy in Afghanistan, as I suspected they would at the time:

While the information contained in these documents is arguably not as detailed, today’s leak reminds me to some extent of  The Pentagon Papers, a top secret series of documents given to The New York Times by Daniel Ellsberg. Those documents detailed, quite clearly, the level to which a long time of Presidents have misled the American public over the nature and extent of American involvement in Southeast Asia, and how they exaggerated successes and downplayed failures. Releasing these papers was, arguably, the final nail in the coffin of public support for the Vietnam War.

Will these documents have a similar impact ?

Support for the Afghan War is already at it’s lowest levels ever, and recent polls show that the public supports the Obama Administration’s decision to set a deadline of July 2011 for when withdrawal will begin. It’s hard to believe that the release of these documents will have any impact other than to reinforce the growing sense of doubt that the American people, and some politicians, have over what is now America’s longest war.

As I noted earlier this week, support for the war is once again at an all-time low. While the Wikileaks documents cannot be said to be solely responsible for that, they certainly did reinforce the overall public doubt about a war that seems to be going absolutely nowhere.