Concerns about the Zika Virus are leading some doctors to call for the 2016 Summer Olympics to be moved or postponed. 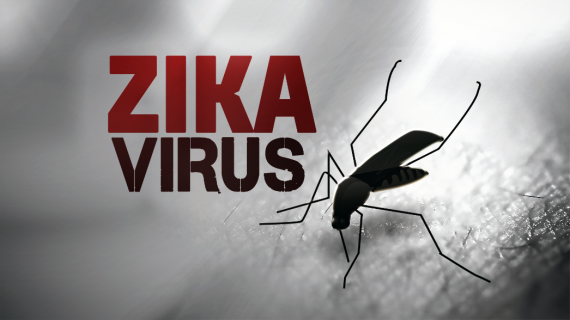 The threat of the Zika virus, which has spread through much of South America rather quickly in a short period of time, is leading some doctors to suggest that the upcoming Summer Olympics in Rio de Janeiro be postponed or moved:

The summer Olympic Games in Rio de Janeiro should be postponed or moved “in the name of public health” due to the widening Zika outbreak in Brazil, more than 100 prominent doctors and professors said Friday in an open letter to the World Health Organization.

“We make this call despite the widespread fatalism that the Rio 2016 Games are inevitable or ‘too big to fail,’ ” the writers said in the letter addressed to WHO Director-General Margaret Chan. “Our greater concern is for global health. The Brazilian strain of Zika virus harms health in ways that science has not observed before.”

The letter shows a growing gap within the medical field on what to do about the Games. On Thursday, Dr. Tom Frieden, director of the U.S. Centers for Disease Control and Prevention, said, “There is no public health reason to cancel or delay the Olympics.”

The CDC’s current recommendation is that pregnant women should not travel to areas where the virus is spreading and that men with the virus who have pregnant partners should use condoms when having sex for the duration of the pregnancy.

“We’re working closely with the USOC and Brazilian health authorities, and will update our guidance if needed,” Frieden said in a statement in response to the new letter.

There have been calls in recent months for a delay or postponement of the Olympics, but what makes Friday’s letter different is the scope and number of physicians, professors and bioethicists who signed it — from Japan to South Africa, Norway to the United States.

The officials said the Zika virus has “more serious medical consequences than previously known” and has worsened in the Rio area despite widespread mosquito treatment programs.

“It is unethical to run the risk,” the letter said. “It is therefore imperative that WHO conduct a fresh, evidence-based assessment of Zika and the Games, and its recommendations for travelers.”

The Zika virus has been shown to cause microcephaly, a rare birth defect in which babies develop abnormally small heads and other neurological problems.

The Olympics are set to begin in just over two months, running from August 5 to August 21. More than 500,000 people are expected to travel to Brazil from around the world.

Olympic-related travel represents just 0.25% of the total 40 million travelers between the U.S. and countries where the Zika virus is circulating, according to the CDC.

Friday’s letter was written by four prominent professors and had the backing of more than 100 well-known doctors and professors.
One of the letter’s co-authors, Lee Igel, took issue with Frieden’s comments that there is “no public health reason” to delay the Games.

Igel, the co-director of New York University’s Sports & Society program, said his biggest fear should the Games move forward is “how are human and financial resources going to be managed effectively given the reality of all things happening on the ground in Rio.”

New York University bioethecist Art Caplan, another co-author, told CNN that there needs to be a two-day summit of independent experts to analyze the risks posed by keeping the Games in Brazil on the current time frame.

“Put it online and let the whole world watch,” Caplan said. “What I don’t like is when experts come out and say, ‘There’s not much reason to be worried. These Games should go on.’

“What I want to know: What are your arguments? What risks are we talking about? If something goes wrong, who’s liable, and who’s going to take the blame?”

Brazil has been at the epicenter of the Zika virus, with infectious disease experts descending on the hardest-hit areas to investigate why it’s spreading and why it has resulted in babies being born with microcephaly. They are also looking into the link between the virus and neurological disorders in fetuses, newborns, infants and adults. This includes trying to quantify the risk for pregnant women and others.

Igel said he and the others who signed onto the letter will continue “ringing the bell” about public health fears of the Games remaining in Brazil.

The U.S. Olympic Committee has told athletes to skip the Games if they’re concerned about Zika.

The World Health Organization seems to be largely dismissing concerns about the virus:

BERLIN — The World Health Organization said Saturday that there was no public health justification for postponing or canceling the Summer Olympics in Rio de Janeiro because of the Zika outbreak in Brazil.

On Friday, 150 health experts issued an open letter to the health agency calling for the Olympic Games to be delayed or moved in the name of public health. The letter cited recent scientific evidence that the Zika virus causes severe birth defects, most notably babies born with abnormally small heads. In adults, it can cause neurological problems, including a rare syndrome that can be fatal or result in temporary paralysis.

The experts also noted that despite increased efforts to wipe out the mosquitoes that spread Zika, the number of infections in Rio de Janeiro had gone up rather than down.

The W.H.O., however, said in its statement that “based on current assessment, canceling or changing the location of the 2016 Olympics will not significantly alter the international spread of Zika virus.”

Several public health academics previously warned that having hundreds of thousands of people travel to Brazil for the Olympics, from Aug. 5 to 21, would inevitably lead to the births of more brain-damaged babies and speed up the global spread of the virus.

But the W.H.O., a United Nations agency based in Geneva, argued that Brazil was just one of dozens of countries reporting the transmission of the Zika virus by mosquitoes and said that “people continue to travel between these countries and territories for a variety of reasons.”

“Based on the current assessment of the Zika virus circulating in almost 60 countries globally and 39 in the Americas, there is no public health justification for postponing or canceling the Games,” it said. The agency “will continue to monitor the situation and update our advice as necessary.”

The organization pointed to its existing advice urging pregnant women not to travel to areas with Zika virus transmission, among other recommendations.

In February, the agency declared the spread of Zika in the Americas to be a global emergency.

One suspects that the concern level over Zika would be higher if there were evidence that it was causing serious health problems beyond its impact on pregnant women and their unborn children. As things stand, the primary impact of the virus on a person who carries it appears to be little beyond a mild case of flu-like symptoms that typically go away rather quickly. Indeed, a quick Google search reveals reports of only three adult deaths from Zika-related complications in Venezuela and one such death in Puerto Rico, but it is unclear if the people infected died as a result of something about Zika that we haven’t discovered yet, or because they suffered from other conditions that had weakened their immune systems to such a degree that they died from complications that a healthy person would be able to survive. In either case, though, it is fair to say that there is no evidence yet that Zika is a threat to the adult population and that its primary impact appears to be the fact that it can cause serious birth defects if a woman becomes infected with the virus while pregnant, or is infected when she becomes pregnant. To address this threat, most doctors and public health experts have advised women to avoid pregnancy and for men to use contraceptives such as a condom if they are in areas where the mosquito that carries the virus is known to have established a habitat. In this regard then, there isn’t necessarily a need to consider canceling or rescheduling the Rio Olympics since preventative measures against the virus’s main impact are, relatively speaking, rather easy.

I have no claim to being an epidemiologist or a public health expert, so I suppose this is an area where we’ll have to leave it up to the experts to determine how to handle the issue of tens of thousands of people descending upon a city like Rio de Janeiro at the same time that city is dealing with an outbreak. Notwithstanding the doctor’s letter noted above, the consensus among experts seems to be that there is no need to postpone or move the games, either of which would be a tremendous and expensive undertaking at this late date. At the same time, there’s no telling what will happen when the mosquitoes suddenly have tens of thousands of victims to bite, and what happens if even a small portion of that group returns home infected with a virus that, until recently, was hidden away in remote parts of the world. Either way, we may be about to find out.