OTB bloggers give their best guesses on the House and Senate races. 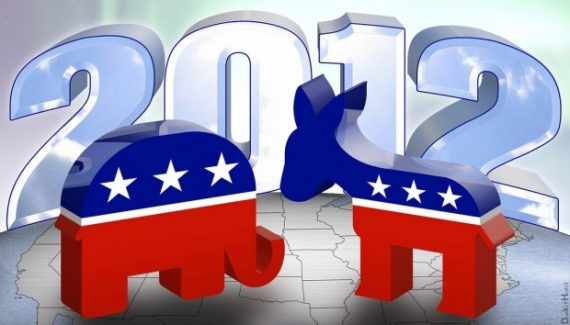 Like most political junkies, I’ve followed the presidential race with intensity for what seems like forever. But I’ve only followed the congressional races, which are arguably just as important—probably more important in shaping domestic policy—casually. There are just too many races, too many unfamiliar candidates, and too many local variables that are off my radar screen.

The RealClearPolitics average has the Democrats picking up one seat in the Senate, taking their majority to 54 seats. But 11 states are still rated as toss-ups:

That’s 7 of 11 toss-ups going Democrat–and going straight up with the polling has it 8 of 11.  So, I have the Senate staying exactly as it is now: 53 Democrats or Democrat-aligned and 47 Republicans.

In terms of the House of Representatives, I just don’t have enough information to make even educated guesses on individual races. As of Saturday morning, RCP has 224 Republicans, 178 Democrats, and 33 toss-ups. Of those toss-ups, 18 are currently Republican seats and 12 Democratic.  Looking for clues, we see that of the competitive Democratic seats, 10 lean Democrat, 5 lean GOP, and 12 are toss-ups. Of the competitive Republican seats, 25 lean GOP, 18 are toss-up, and only 5 lean Dem. From that, my instinct is that more of the toss-ups will break Republican overall. Call it 20 Republican, 13 Democrat.  From that SWAG, you get 244 Republicans and 191 Democrats in the next Congress.

With so many Democratic seats vulnerable at the beginning of the cycle, this was supposed to have been the year that the GOP captured the Senate. From Claire McCaskill in Missouri to the open seats in North Dakota and Nebraska, to the Virginia Senate seat, there seemed to be more then enough opportunities for the GOP to pick up the four seats they would need to win a majority (or three, if Romney/Ryan win the Presidential nomination). As the campaign has gone on, though, things have not exactly gone the GOP’s way. Missouri seems to be out of reach thanks to Todd Akin’s idiotic comments, former Governor Tommy Thompson has fallen behind Tammy Baldwin in their race in Wisconsin, the Virginia race has remained neck-and-neck since the summer, and a sure thing in Indiana is in danger of becoming a rare Democratic pickup. In fact, I now think we’re going see three Democratic pickups:

All is not lost for the GOP, though, because I also expect them to pick up three states. Specifically, I see Republicans winning in Nebraska, North Dakota, and Montana. As James Joyner notes above, that last races is very close now and there still seems to be a possibility that Senator Tester will pull off a win here, but I think in this case, Republican Denny Rehlberg will be aided by Mitt Romney’s coattails in a state that the Republicans are going to win easily at the Presidential level. Beyond those three, since I see President Obama winning Virginia, I think Tim Kaine will win the Senate seat there (of course, if I’m wrong about Obama winning, then Allen will likely be dragged to victory by Romney). So, even though, we disagree on two races, that leaves me with the same 53 Democrats or Democrat-aligned and 47 Republicans that James Joyner forecasts. This, of course, is the same split we’ve had for the past two years so you can expect more Senate battles between now and 2014.

Turning to the House of Representatives, it’s already quite clear that the GOP is going to lose two seats. One in New York because of redistricting, where the Republican who replaced Anthony Weiner declined to run for re-election after being re-districted into a seat that would’ve been impossible for him to win and the other in Illinois, where Congressman Joe Walsh is going to lose to Tammy Duckworth after being pushed into a district that every analyst characterizes as Likely Democratic. Beyond that, it doesn’t seem to me that the GOP is likely to suffer many losses at all and, indeed, may actually gain a few seats. For this, you can thank redistricting and the fact that most of the Republicans elected in 2010 have ended up in districts from which it will be difficult to dislodge them. I don’t pay all that much attention to individual House Races that don’t get national attention, so I don’t have a whole lot of inside knowledge here. I’ll go with James and say that we’ll see 244 Republicans and 191 Democrats in the 113th Congress.

In other words, the next Congress isn’t going to look a whole lot different from the current one regardless of who the President is.

Democrats hold Senate; Republicans hold House. What I’ve been referring to as “rearranging the deck chairs”.

There are really only two toss-up Senate races at this point: Arizona and Wisconsin. I assume that they’ll split in close elections.

I expect Democrats to win a net four seats in California and Illinois while Republicans gain at least three net seats in North Carolina.