A 2013 Reading Guide: Challenge Yourself

For the New Year, how about challenging your ideas just a little bit? 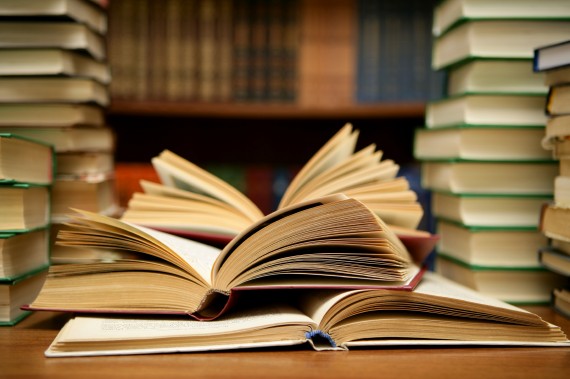 Ross Douthat has some suggestions about what to read in what will be, for the most part, a year devoid of electoral politics:

Come what may in the next 12 months, 2013 has this much going for it: It’s a year without a midterm election, and a year that’s as far removed as possible from the next presidential race. This means that for a blessed 365 days you can be a well-informed and responsible American citizen without reading every single article on Politico, without hitting refresh every 30 seconds on your polling-average site of choice, without channel-hopping between Chris Matthews’s hyperventilating and Dick Morris’s promises of an inevitable Republican landslide.

So use the year wisely, faithful reader. For a little while, at least, let gridlock take care of itself, shake yourself free of the toils of partisanship, and let your mind rove more widely and freely than the onslaught of 2014 and 2016 coverage will allow.

Here are three steps that might make such roving particularly fruitful. First, consider taking out a subscription to a magazine whose politics you don’t share. I’m using the word “subscription” advisedly: it may sound fusty in the age of blogs and tweets and online hopscotching, but reading the entirety of a magazine, whether in print or on your tablet, is a better way to reckon with the ideas that its contributors espouse than just reading the most-read or most-e-mailed articles on its Web site, or the occasional inflammatory column that all your ideological compatriots happen to be attacking.

So if you love National Review’s political coverage, add The New Republic or The Nation to your regular rotation as well. If you think that The New Yorker’s long-form journalism is the last word on current affairs, take out a Weekly Standard subscription and supplement Jeffrey Toobin with Andy Ferguson, Adam Gopnik with Christopher Caldwell. If you’re a policy obsessive who looks forward every quarter to the liberal-tilting journal Democracy, consider a subscription to the similarly excellent, right-of-center National Affairs. And whenever you’re tempted to hurl away an article in disgust, that’s exactly when you should turn the page or swipe the screen and keep on reading, to see what else the other side might have to say.

Second, expand your reading geographically as well as ideologically. Even in our supposedly globalized world, place still shapes perspective, and the fact that most American political writers live in just two metropolitan areas tends to cramp our ability to see the world entire.

So the would-be cosmopolitan who currently gets a dose of British-accented sophistication from The Economist — a magazine whose editorial line varies only a little from the Manhattan-and-D.C. conventional wisdom — might do well to read the London Review of Books and The Spectator instead. (The multilingual, of course, can roam even more widely.) The conservative who turns to Manhattan-based publications for defenses of the “Real America” should cast a bigger net — embracing the Californian academics who preside over theClaremont Review of Books, the heartland sans-culottes at RedState, the far-flung traditionalists who write for Front Porch Republic. And the discerning reader should always have an eye out for talented writers — like the Montanan Walter Kirn, the deserving winner of one of my colleague David Brooks’s Sidney Awards — who cover American politics from outside D.C. and N.Y.C.

Finally, make a special effort to read outside existing partisan categories entirely. Crucially, this doesn’t just mean reading reasonable-seeming types who split the left-right difference. It means seeking out more marginal and idiosyncratic voices, whose views are often worth pondering precisely because they have no real purchase on our political debates.

Start on the non-Republican right, maybe, with the libertarians at Reason magazine, the social conservatives at First Things and Public Discourse, the eclectic dissidents who staff The American Conservative. Then head for the neo-Marxist reaches of the Internet, where publications like Jacobin and The New Inquiry offer a constant reminder of how much room there is to the left of the current Democratic Party.

And don’t be afraid to lend an ear to voices that seem monomaniacal or self-marginalizing, offensive or extreme. There are plenty of writers on the Internet who are too naïve or radical or bigoted to entrust with any kind of power, but who nonetheless might offer an insight that you wouldn’t find in the more respectable quarters of the press.

Personally, I’ve been trying to follow this kind of advice for awhile. My Google Reader feed includes everything from conventional news sources such as The New York Times, The Washington Post, and Politico to partisan blogs on both sides of the aisle such as Hot Air, Kevin Drum’s blog, Rod Dreher, Daniel Larison, Ezra Klein, The American Prospect, Reason, and a whole host of others. Partly, I do this in order to find things I might be interested in writing about here at OTB, but I also do it because I’ve recognized the fact that the Internet makes it very easy to put yourself into a very comfortable ideological bubble where all you read about are the things you agree with.

There are times when I read each of the sources noted above, and vehemently disagree with them. However, if they make me think, challenge my own beliefs, and consider where I may have gotten something wrong, then I consider it valuable exercise. Whether you come at politics from the left or the right, I’d recommend that you do the same. After all, they’re just opposing ideas, it’s not like they can really do you any harm other than challenging your pre-conceived notions.