The British Parliament has approved expansion of that countries airstrikes into Syria, but it's unclear just how much of an impact that will have on the ground. 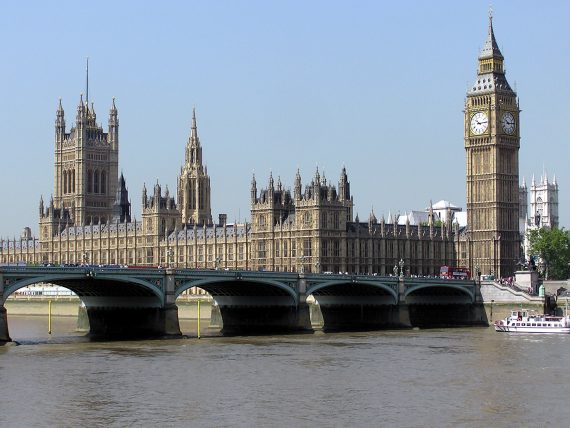 After a day long debate that centered largely on the attacks in Paris and the threat of ISIS-linked terrorists crossing the English Channel to hit the United Kingdom, the British House Of Commons approved extension of British airstrikes against ISIS to Syria, and those strikes began within hours afterward:

LONDON — The British Parliament on Wednesday authorized airstrikes in Syria against the Islamic State, in a vote that became a wider test of British willingness to play an active role in international affairs, and British warplanes made their first attacks hours later.

Early on Thursday, the Defense Ministry said that four Tornado jets took off from the Akrotiri Royal Air Force Base in Cyprus and returned to base safely after carrying out airstrikes, according to British news reports. The ministry did not provide specific details of the airstrikes.

The vote, after months of wrangling, hand-wringing and a daylong parliamentary debate, underscored the concerted efforts of Prime MinisterDavid Cameron, whose Conservative Party has a majority in Parliament, to restore Britain’s reputation as a serious global actor.

“The threat is very real,” Mr. Cameron said of the Islamic State, also known as ISIS or ISIL, on Wednesday, as he opened the debate in the House of Commons. “The question is this: Do we work with our allies to degrade and destroy this threat?”

In the end, British lawmakers opted to try to do so, voting by 397 to 223 to go along with Mr. Cameron’s plan, despite some forceful speeches against the strikes.

The run-up to the vote also amounted to a low point for Jeremy Corbyn, the new leader of the opposition Labour Party. While Mr. Corbyn opposes British military action over Syria, some of Labour’s senior figures, including the party’s spokesman on foreign affairs, Hilary Benn, supported it, and Mr. Corbyn was forced to allow his lawmakers to vote freely on the issue in an effort to avoid a intraparty clash amid threatened resignations.

In an impassioned speech that won a rousing reception Wednesday night, Mr. Benn argued that “every state has the right to defend itself” and asked “why would we not uphold the settled will of the United Nations?”

His contribution to the debate appeared to have helped Mr. Cameron secure the “clear majority” in the parliamentary vote that he said he was seeking.

While there are serious questions about the extent to which British airstrikes would make a difference in the fight against the Islamic State — the military is already conducting strikes against the militants in Iraq — the issue has always been more about alliance solidarity and leadership than about strict military or strategic utility.

“It will not make a big operational difference,” said Malcolm Chalmers of the Royal United Services Institute, a research organization specializing in security.

“It is important symbolically, useful operationally, but not transformative,” he said. “A willingness to deploy will allay the concern that the U.K. is not a reliable partner.”

This isn’t the first time that the British Parliament has debated the issue of using military power in Syria during Prime Minister Cameron’s tenure. In August of 2013, Cameron went to Parliament seeking the authority to authorize the use of air power against the government of Bashar Assad over his government’s use of chemical weapons against rebels and civilians in the course of the ongoing civil war. That incident had crossed the “red line” declared months earlier by President Obama and seemed to be sending the United States on a course for a bombing campaign of its own until it became clear that Congress would most likely not grant the President the authority go forward with the attack. The fact that, on that occasion, Parliament rejected Cameron’s proposal was both a setback for the Prime Minister and a setback for President Obama, who ended up stepping back from his threats of military action against the Assad regime and working with the Russians on a plan designed to remove most if not all of the chemical weapons from Syria’s military stockpile. In addition to the facts and the threat being different two years ago, it’s worth remembering that Cameron faced a different Parliament back then in which his majority was comprised of both his Conservative Party and the Liberal Democrats. With the overwhelming election victory by the Conservatives last May, there was never really any doubt that Cameron could get approval for expansion of Britain’s participation in the war against ISIS as long as his party held together. For his part, though, Cameron clearly wanted to get at least some portion of support from other parties, especially Labour, and the fact that he was able to do so despite the opposition of Labour Party leader Jeremy Corbyn may be an indication that Corbyn’s already controversial selection as party leader may be tenuous.

As a practical matter, British participation in the air campaign against ISIS is not likely to make a significant difference in terms of the the amount of force that can and will be brought against the group and the available targets. Parliamentary approval is likely to be symbolically important, though, to the extent that it helps to strengthen the coalition against ISIS in the wake of the attacks in the Paris in the manner that French President Francois Hollande had sought last week when he spent several days meeting with Cameron, President Obama, German Chancellor Angela Merkel, and, perhaps most importantly, Russian President Vladimir Putin. Just a day before yesterday’s vote in Parliament, the German Cabinet had approved a plan for increased German support for and participation in the anti-ISIS coalition as well, so the victory in Parliament was another step forward for Hollande’s efforts. The German role in the coalition is likely to be even less substantial than the British one, of course, but the approval does carry with the similar symbolic weight. In the end, though, the entire effort may end up being for naught if Hollande and President Obama can’t find a way to bring Russia into the conversation, and given the ongoing acrimony between Russia and Turkey over last week’s shoot down of a Russian bomber by Turkey, that doesn’t seem very likely at the moment.

In any case, the decision of Parliament to approve British involvement in Syria is at least somewhat of a boost to the ongoing efforts there. The only real question is whether those assets will actually make a difference given the fact that the Russians aren’t on board, and the more important fact that we don’t appear to have anything resembling a coherent strategy. The most logical guess at this point is that it won’t have anything beyond a symbolic, psychological impact, to the extent that’s worth anything.