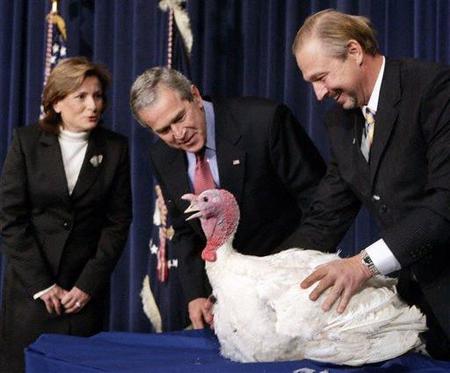 First: Brian J. – Why, the golden eggs can easily pay for next year’s invasion of Iran!

Second: The Pirate – Meanwhile, outside at a protest Jesse Jackson and Al Sharpton demanded to know why Bush only pardons white turkeys.

Third: FreakyBoy – “You know, back in my Houston partying days, I woke up next to one of these in fishnet stockings.”

Laurence Simon – Karl, you don’t need to go through all this trouble to get a pardon from me. Just take off the turkey suit and we’ll face this like men.

McGehee – President Bush thanks Harriet Miers for her loyal service, and apologizes for that whole silly Supreme Court appointment thing.

Anna – Well I’ll be, I didn’t realize just how much Bob Byrd looked like a turkey!

In The News … Award (These seemed to require special recognition)

Rodney McCain’s Bottom of The Barrel 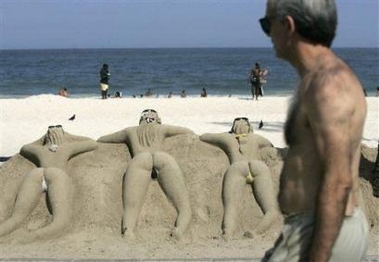