By inviting Prime Minister Netanyahu to address Congress, Republicans are damaging the U.S. relationship with Israel. 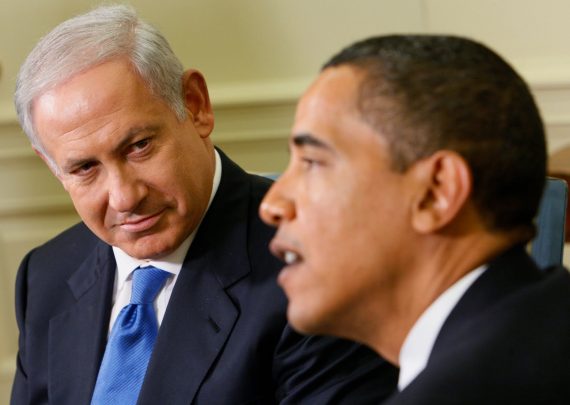 Israeli Prime Minister Benjamin Netenyahyu’s decision to accept an invitation to address a Joint Session of Congress in March, just two weeks before Israel’s upcoming elections, has led to a rather open wound both between the White House and Congress and between the Obama Administration and Israel itself. When the speech was first announced last week, the White House criticized Congress for not consulting with the Administration prior to issuing the invitation, which is typically how these maters are handled, especially given the fact that such an appearance by Netenyahu so close to a contested election could be seen as interference in the election itself. Yesterday, those complaints became public and drew the Israeli Ambassador to the United States into the fray:

WASHINGTON — The Obama administration, after days of mounting tension, signaled on Wednesday how angry it is with Israel that Prime Minister Benjamin Netanyahu accepted Republican leaders’ invitation to address Congress on Iran without consulting the White House.

The outrage the episode has incited within President Obama’s inner circle became clear in unusually sharp criticism by a senior administration official who said that the Israeli ambassador, Ron Dermer, who helped orchestrate the invitation, had repeatedly placed Mr. Netanyahu’s political fortunes above the relationship between Israel and the United States.

The official who made the comments to The New York Times would not be named, and the White House declined to comment. The remarks were the latest fallout after Mr. Dermer, without the White House’s knowledge, worked with House Speaker John A. Boehner to arrange the speech, which is scheduled for March.

The remarks are likely to escalate a feud between the White House, Republicans on Capitol Hill and Mr. Netanyahu over the invitation, which has led to a new low in American-Israeli relations and threatened to mar the long tradition of bipartisan support for Israel in Congress.

Such officially authorized criticisms of diplomats from major allies are unusual.

In a telephone interview late Wednesday, Mr. Dermer said, “I have no regrets whatsoever that I have acted in a way to advance my country’s interests.” He said he never meant to slight the White House by keeping the confidence of the House speaker, who had suggested the invitation. He said he left it to Mr. Boehner to notify Mr. Obama’s team.

“My understanding was that it was the speaker’s prerogative to do, and that he would be the one to inform the administration,” Mr. Dermer said. “The prime minister feels very strongly that he has to speak on this issue. That’s why he accepted the invitation, not to wade into your political debate or make this a partisan issue, and not to be disrespectful to the president.”

In response, the White House has called the invitation a breach of diplomatic protocol and announced that Mr. Obama would not meet with Mr. Netanyahu when he visits. Administration officials maintained that the decision to avoid Mr. Netanyahu was consistent with a policy of not meeting with world leaders close to their elections — Israel’s is two weeks after the speech — to avoid the appearance of influence. But that policy has been ignored in the past. On Capitol Hill, Democrats have called the invitation a political stunt to undercut the president. It has also inserted Mr. Netanyahu into the middle of a dispute between Mr. Obama and congressional Republicans over new Iran sanctions, which the president opposes until international negotiations to prevent Tehran from acquiring a nuclear weapon play out.

This isn’t the first indication of strained relations between the Obama Administration and Netanyahu, of course. Virtually from the start of the Obama Administration there have been signs both public and private that the two men don’t exactly get along and that they have fundamentally different ideas about how to proceed on a whole range of issues, not the least of them being the issue of the Iranian nuclear program. It’s also fairly clear that Republicans in Congress have been using the U.S. relationship with Israel as a needle to poke President Obama with for years now, and that this invitation, which is clearly designed to influence debate on a piece of legislation that the White House has said that it opposes and would likely veto if it ever got to the President’s desk, is designed to poke even further at that wound. What that’s exactly intended to accomplish, of course, is another issue. Poisoning the well of  the U.S.-Israeli relationship hardly seems like a productive endeavor, for example, and yet it seems clear that this is pretty much all that a move like this on Congress’s part is going to accomplish. Additionally, the invitation plays into the long-standard Republican claim that the Obama Administration’s policies, both regarding Iran and regarding the Palestinian issue, have been openly anti-Israeli, a claim that resonates well with the base of the Republican party.

Interestingly, this entire kerfuffle is also having an impact in Israel, which Prime Minister Netenyahu is being heavily criticized for taking steps that seem only to be harming his country’s most important diplomatic relationship:

Michael B. Oren, who spent four years as Prime Minister Benjamin Netanyahu’s ambassador to Washington, has called on Mr. Netanyahu to cancel his speech to Congress about Iran. Amos Yadlin, a former military intelligence chief who frequently briefed the Israeli prime minister on security matters, denounced the event as “irresponsible.”

Both men criticized their former boss for politicizing issues vital to Israel’s future. Both also have their own political motives: Mr. Oren is running for Parliament with a new center-right party, and Mr. Yadlin is the defense-minister designee of the center-left party Zionist Camp.

If Mr. Netanyahu imagined that the speech, scheduled for two weeks before the March 17 elections in Israel, would bolster his status as statesman, the undiplomatic way it was arranged has instead given his challengers an opening to undermine his main campaign platform. The backlash, not only from the White House but also from congressional Democrats, has reverberated in Israel, where maintaining bipartisan support in Congress is considered as crucial as preventing Iran from developing nuclear weapons. On Tuesday Senate Democrats who had been pushing a new sanctions bill against Iran — which Mr. Netanyahu supports — said they would hold off a vote until late March, handing the Obama adminstration a victory.

As in America, conservatives like Mr. Netanyahu tend to have the advantage when election campaigns are about security, and so far his opponents have emphasized pocketbook issues and corruption. But political analysts say that international isolation is a prime public concern of Israelis, and that attacking Mr. Netanyahu for deteriorating relations with Washington, Israel’s main defender on the world stage, could be a winning message in a tightening race.

Isaac Herzog, the leading challenger for the premiership, said on Army Radio, “What Netanyahu is doing with this violent behavior is to harm the security interests of Israel.” Mr. Herzog’s partner in the Zionist Camp, Tzipi Livni — a former foreign minister who has made her relationships with foreign leaders a prime campaign point — called the speech “gravely irresponsible.”

Yair Lapid of Yesh Atid, a centrist faction focused mainly on economic issues, warned, “This damage will take a long time to mend.”

Yehuda Ben Meir, an expert on public opinion at the Institute for National Security Studies in Tel Aviv, said surveys had consistently shown that Israelis see a decrease in American support and a nuclear-armed Iran “as the two most serious threats, almost equal in severity.” Israelis are highly critical of Mr. Obama, and may appreciate Mr. Netanyahu’s standing up to him, but losing congressional Democrats, Mr. Ben Meir said, would play differently.

“Most people in Israel feel or think or believe that mainly this was done for internal political reasons,” Mr. Ben Meir said. “His base may say he went because of the Iranian issue, but those swing voters — and what’s important is always the swing vote — it could among certain parts of the electorate harm him. It might be that he didn’t properly estimate the fallout.”

I am not nearly familiar enough with Israeli politics to even begin to comment on whether or not Netenyahu may be vulnerable in the upcoming elections, or the extent to which these latest moves on his part will end up harming him politically. However, it does seem as though the Prime Minister is at least creating the impression at home that he is allowing himself to be drawn into a political dispute between the Republicans in Congress and the President in a way that a foreign leader ought to be careful to avoid. In general, support for Israel has always been a bipartisan issue in the United States but, in recent years, the GOP has attempted to turn support for Israel into a partisan issue, in no small part by attempting to define it as being equal to support for the agenda that Prime Minister Netanyahu advocates. With alarming regularity, anyone who seems to question that agenda has been labeled as “anti-Israeli,” or, worse, anti-Semitic, if they dare to express an opinion that diverges from what the current Israeli government advocates. According to this version of reality, the Obama Administration has been blatantly opposed to Israel notwithstanding the fact that the  public stance of the United States on every major issue affecting Israel remains unchanged under this President.

Additionally, even if these latest developments don’t end up harming Prime Minister Netanyahu in the upcoming elections, it’s hard to see how he is helping the long term interests of his country by becoming involved so openly in a partisan political dispute in Washington. Given the fact that he spent much of his early life in the United States, Prime Minister Netanyahu is no doubt well aware of the way politics works in America. It’s therefore hard to believe that he doesn’t see how accepting this invitation from Congress will be seen as nothing more than a partisan thumb in the eye of the President of the United States while at the same time tying his nation to the political fortunes of the Republican Party going forward. Since it’s equally likely that the next President will come from the Democratic Party, one has to wonder how he thinks making the U.S.-Israeli relationship so heavily partisan is at all in his country’s interest.